The transport shuttle was in the campground area when it overturned. 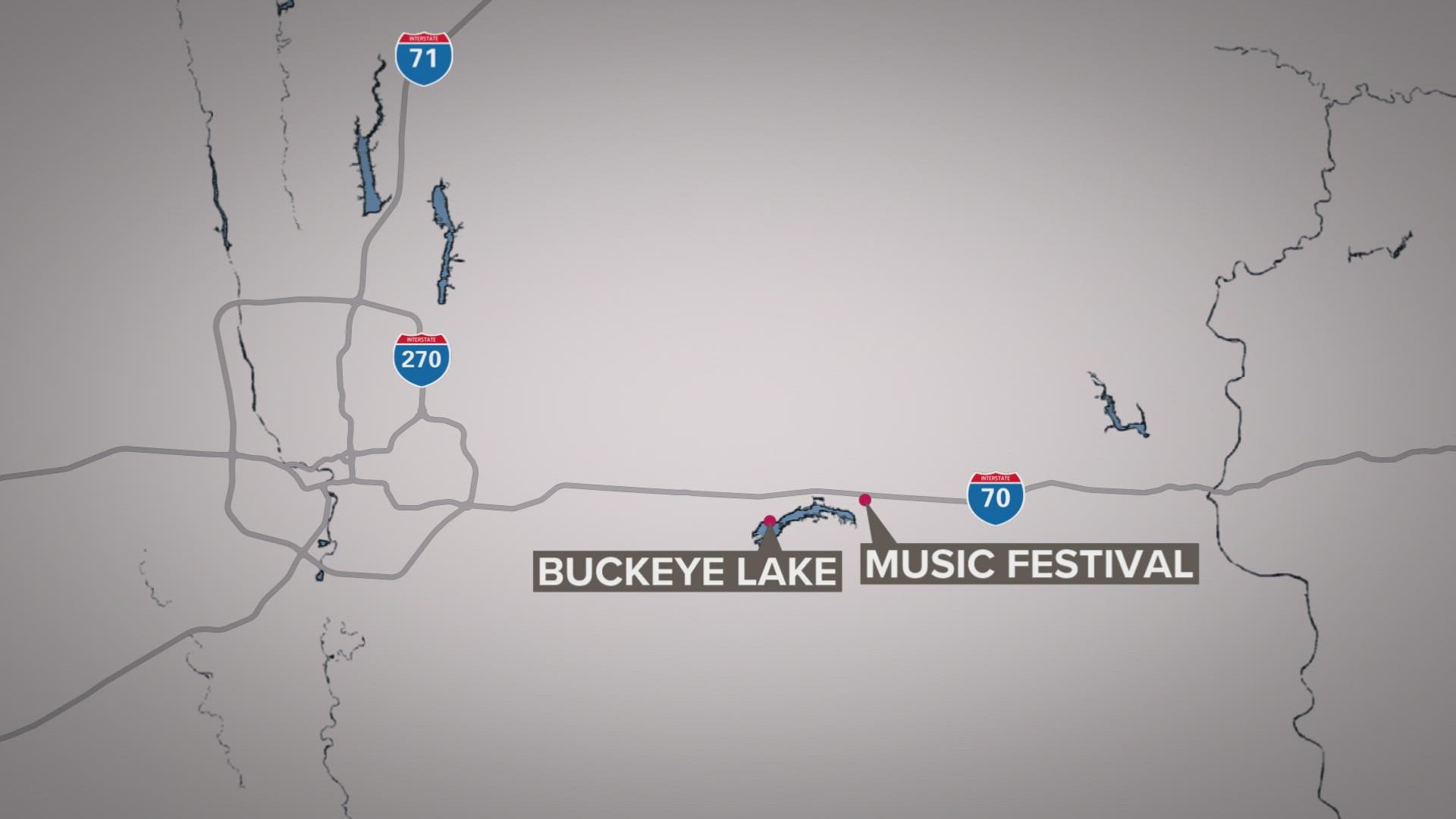 Emergency crews were called to the 7500 block of Kindle Road around 6:30 p.m. after a report of an overturned vehicle.

Licking County Sheriff Randy Thorp tells 10TV that the shuttle was in the campground area and overturned.

Of the nine people injured, one person was airlifted to Grant Medical Center.  Two people were taken by medics to Licking Memorial Hospital with possible broken bones, the sheriff's office says.

Six others were treated at the scene by medical staff.

The Lost Lands Music Festival is a three-day concert in Thornville, Ohio.