OSHP said there were 25 students on the bus along with the driver at the time of the crash that happened ​near the intersection of State Route 204 and State Route 13. 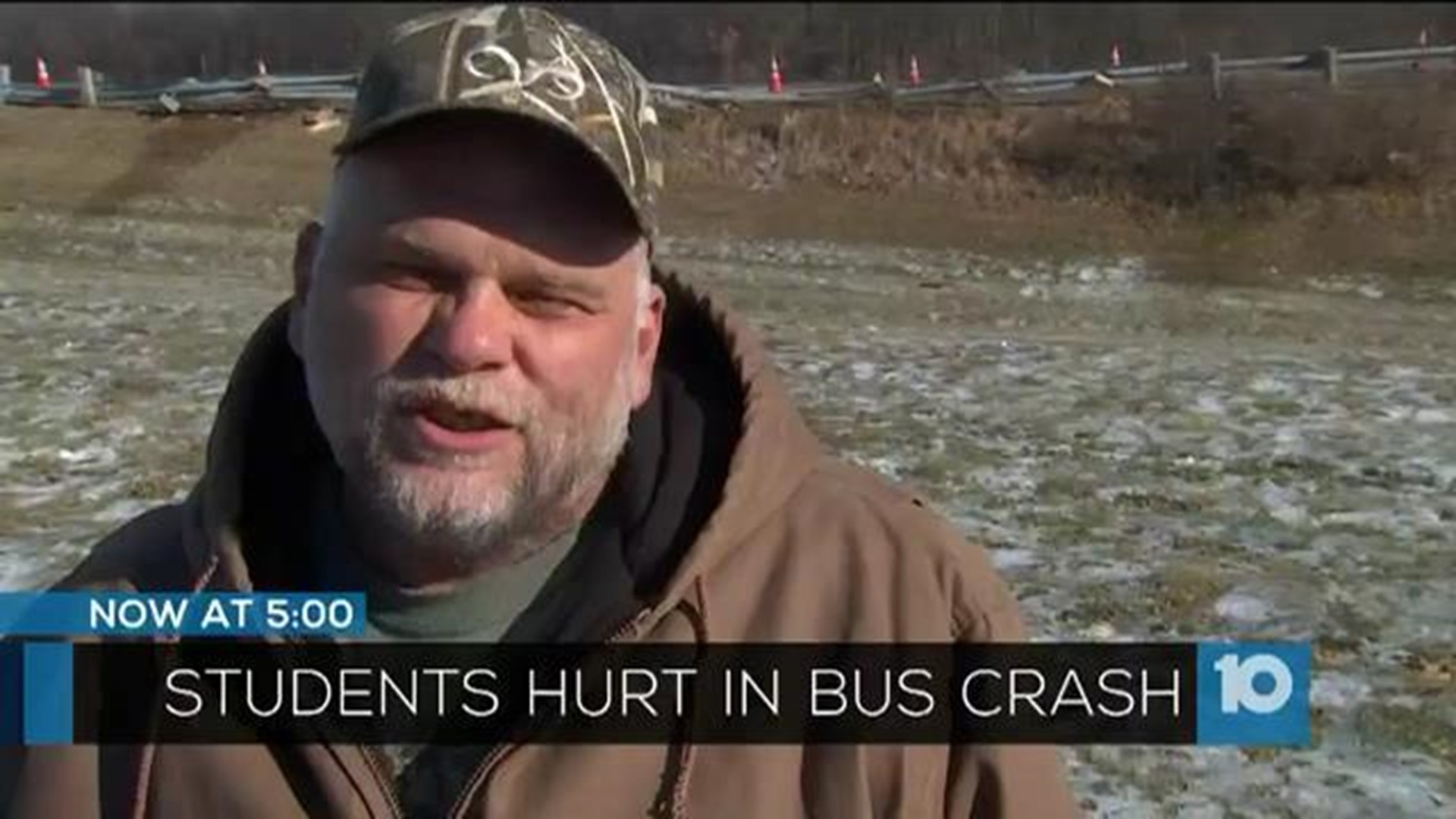 THORNVILLE, Ohio - Eight students and the driver of a school bus were injured after the bus was involved in a crash in Perry County on Thursday, according to the Ohio State Highway Patrol.

OSHP Lieutenant Aaron Vollmer said there were 25 students on the Northern Local School District bus along with the driver at the time of the crash that happened ​near the intersection of State Route 204 and State Route 13.

Vollmer said the bus and a car crashed and the bus flipped onto its side.

None of the injuries are life-threatening, according to Vollmer.

Troopers said the students and the driver were taken to Licking Memorial Hospital.

In a press release, OSHP said the driver of the car was taken to Mount Carmel East with serious injuries.

OSHP said the driver of the car did not stop at a red light and was struck by the bus.

Vollmer said the driver had a suspended license and investigators learned there was a warrant out for his arrest.

The roads are expected to be closed in the area of the crash for a few hours.