8 more dogs euthanized at the Franklin Co. Dog Shelter due to distemper outbreak

The Franklin County Dog Shelter announced the euthanization of eight more animals due to a viral outbreak, bringing the total number of 60 dogs put down so far. 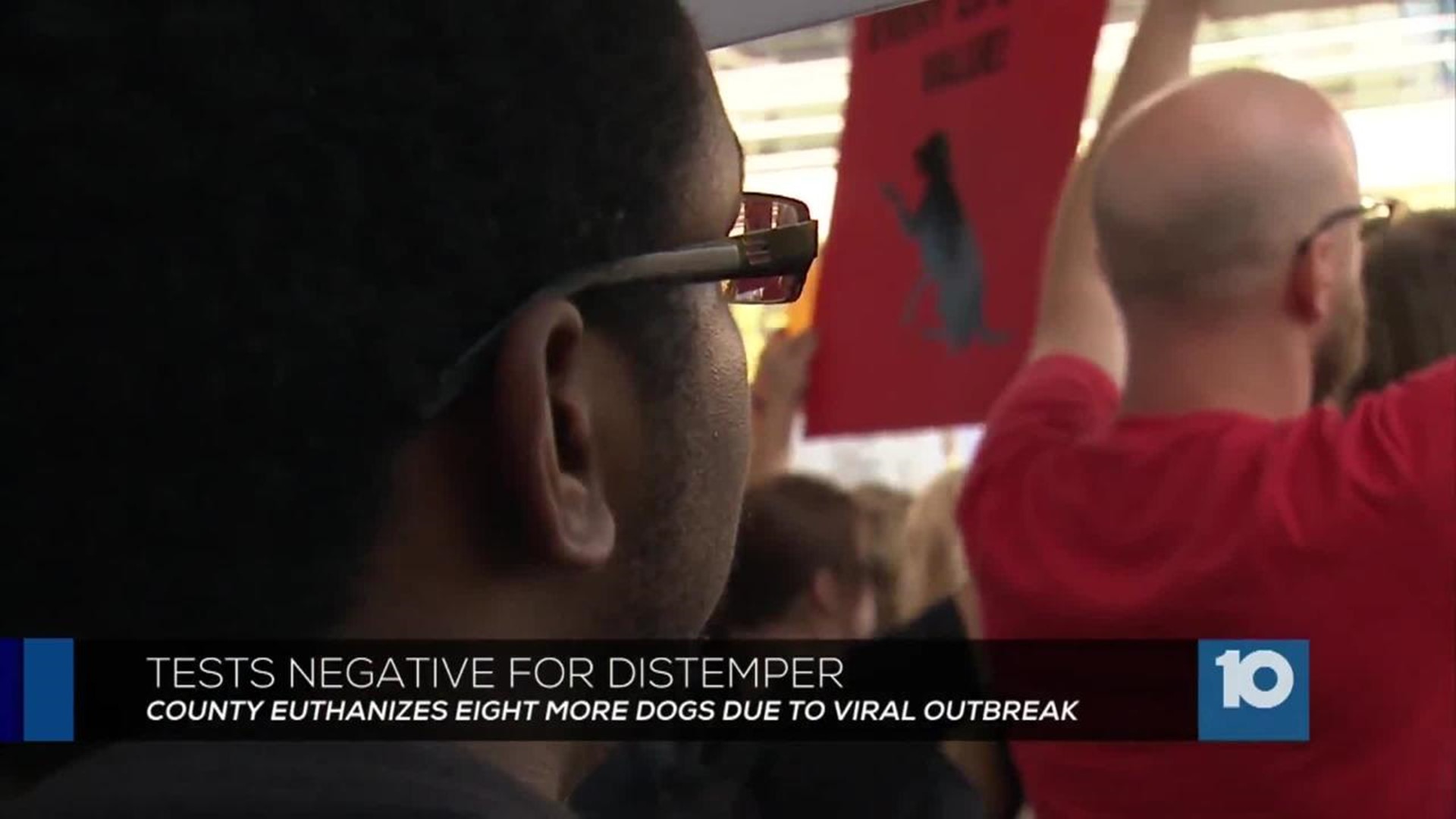 The Franklin County Dog Shelter announced the euthanization of eight more animals due to a viral outbreak, bringing the total number of 60 dogs put down so far.

The county said four test results came back and they are all negative for distemper.

Protestors took their cries downtown, targeting the county commissioners over the distemper issue.

“We want to know why,” Luke Weserman, an animal advocate said.

Why were dogs still allowed to be adopted out for five days after they received test results that a dog tested positive for distemper? 10TV asked the county how many dogs left the shelter during that time but they haven't come up with a number yet.

The group protesting believes it was more than a hundred.

Baldwin, a former shelter director was skeptical on how this was handled. The shelter is categorizing the dogs and putting down what they call the highest risk. Baldwin has helped in other counties where large numbers of dogs were quarantined elsewhere.

“The Franklin County Fairgrounds was an acceptable place to hold 400 dogs,” Baldwin said.

He knows this is a space and money issue but he points to the passionate protesters to show there's help.

“It didn’t necessarily have to be completely through public funds, there were a lot of private funds and private people that were willing to step up,” Baldwin said.

The shelter says it is now working with rescue groups to get low-risk dogs out and into different environments so they won't get infected.

The shelter is not notifying those who were recently adopted of distemper but they are providing care and consultation at no cost to people concerned.