Daniels has sued the city and four vice officers claiming that her arrest was politically motivated by Republican vice officers because of her alleged affair with Donald Trump years before he became president. 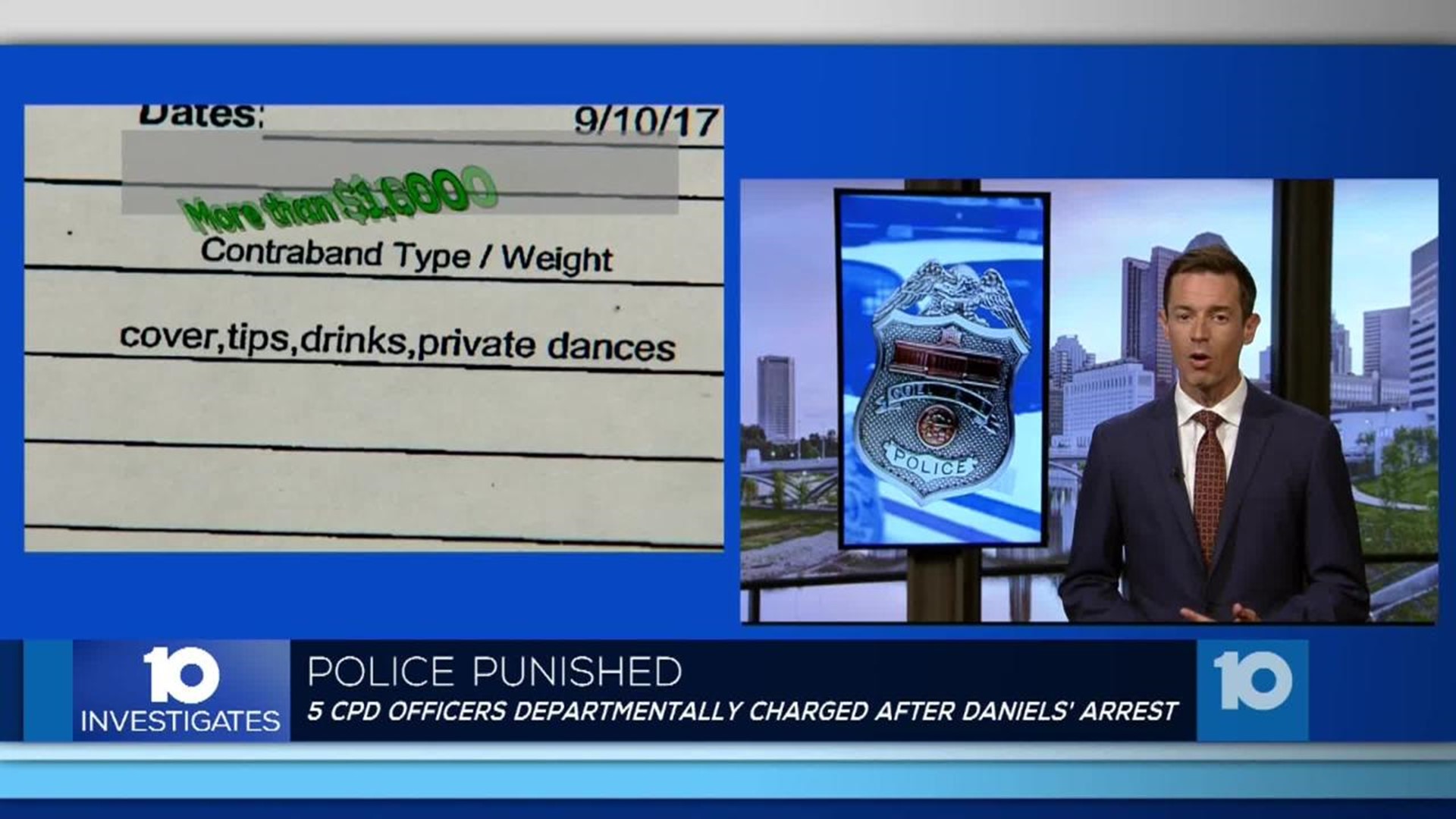 COLUMBUS, Ohio – Five Columbus Division of Police officers who were members of the now-dissolved vice unit are facing discipline in wake of the controversial arrest of Stormy Daniels last summer.

Daniels has sued the city and four vice officers claiming that her arrest at the Sirens Gentlemen’s Club was politically motivated by Republican vice officers who plotted against her because of her alleged affair with Donald Trump years before he became president.

An internal investigation did not support those allegations, but newly filed court records show that the city prosecutor’s office warned vice officers that their sting operations inside of Columbus strip clubs were problematic and that a state law they were citing that bars physical contact between strippers and patrons was also troublesome because officers acting in an undercover capacity could not be considered patrons.

The records, filed in response to Daniels’ suit, alleged that city prosecutors warned vice officers of these troubles in early January and February of 2018. Daniels was arrested in July of 2018.

“I made this decision because these officers violated our rules of conduct. The range of discipline for these officers could include reprimand, suspension, and or termination.” The Department of Public Safety could also have hearings with these officers.

The FOP has not issued a comment to 10TV.

In a statement issued Wednesday to 10TV, Stormy Daniels' attorney Chase Mallory said, "In reviewing the facts after Stormy’s arrest, it was clear she was targeted for a high profile arrest. We aren’t surprised CPD is seeking discipline. We are looking forward to further showing the truth of Stormy’s wrongful arrest to a jury in her pending civil lawsuit.”

It was not clear what departmental charges these officers could face.

10 Investigates has learned the identities of those departmentally charged. They are:

Rosser and Lancaster had been the focus of a previous 10 Investigates’ special report last fall that examined their work inside Columbus strip clubs and previous alcohol case in which Rosser had been accused of entrapment.

Past requests to speak to the officers were denied through CPD’s spokeswomen.

In a separate lawsuit, former dancers at Kahoots strip club sued the city , alleging in their court filings that Rosser and Lancaster attempted to extort a club manager in exchange for hiring back a bouncer who had worked with the vice unit.

The operations of the vice unit were placed on hold in September of 2018 following the arrest of Stormy Daniels and the fatal shooting of Donna Castleberry during an alleged prostitution sting. Former vice officer Andrew Mitchell has been charged with Castleberry’s murder. He also faces federal charges of abuse the badge – prosecutors allege he used his authority to have sex with women he was investigating. Mitchell has pleaded not guilty to both state and federal charges.