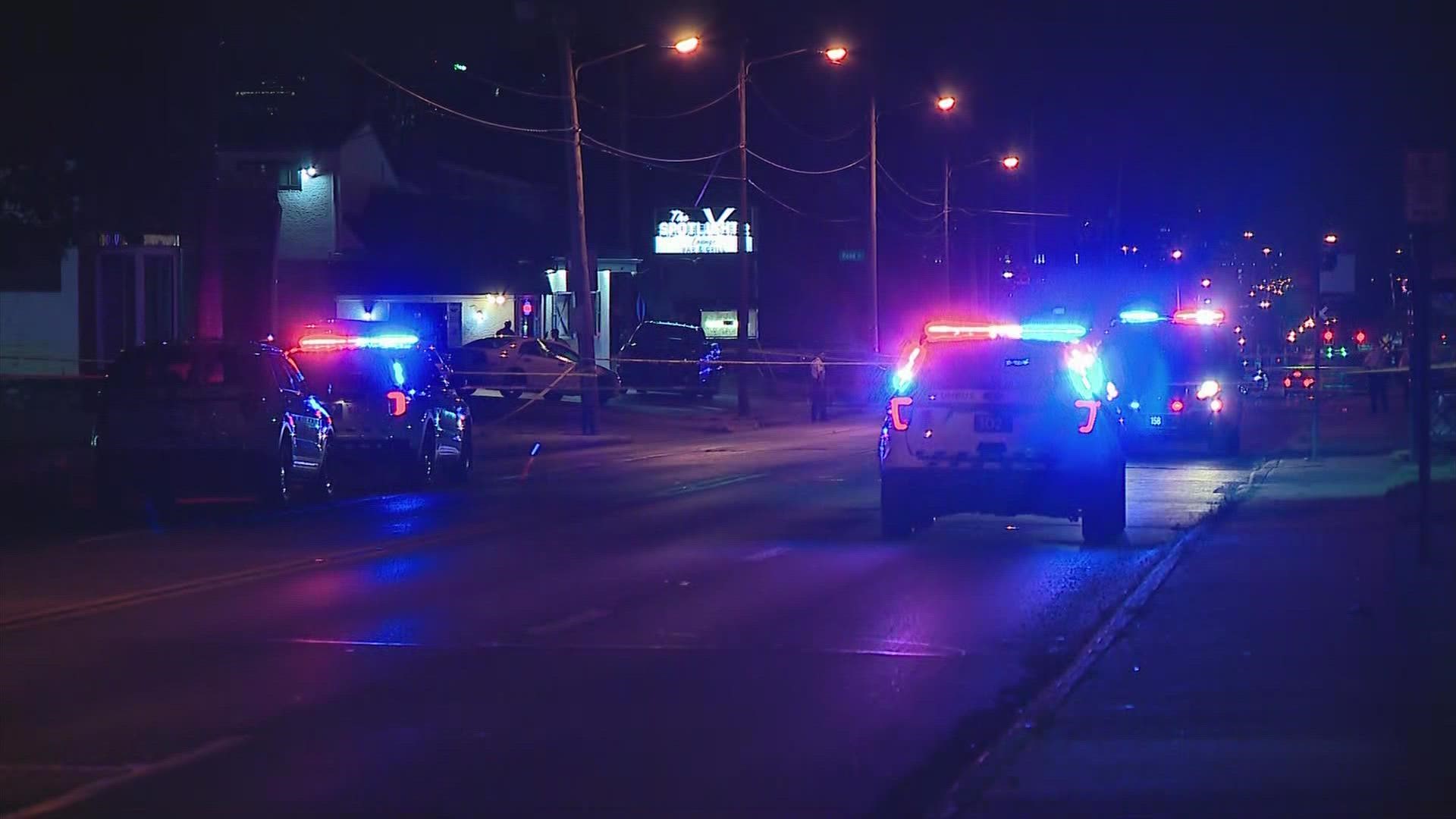 COLUMBUS, Ohio — Columbus police say one person was killed and several others were hurt following a shooting early Saturday morning at a bar in the South Hilltop area.

According to police, there was an argument in the parking lot outside the bar.

Two people then pulled out guns and began firing shots.

Police told 10TV there were 50 to 60 rounds fired and the incident was "likely a drive-by shooting."

According to police, 25-year-old Marshawn Sullens was taken to the hospital, where he died Saturday afternoon. The other victims are expected to survive their injuries.

At least two suspects were involved in the incident. No physical description for either suspect has been provided.

Police say they are looking for a silver-colored vehicle.

Anyone with information about the shooting is asked to call Columbus police at 614-645-4545.