A 4-year-old battling cancer is sparking a large string of paying-it-forward after a stranger bought her a balloon Saturday night. 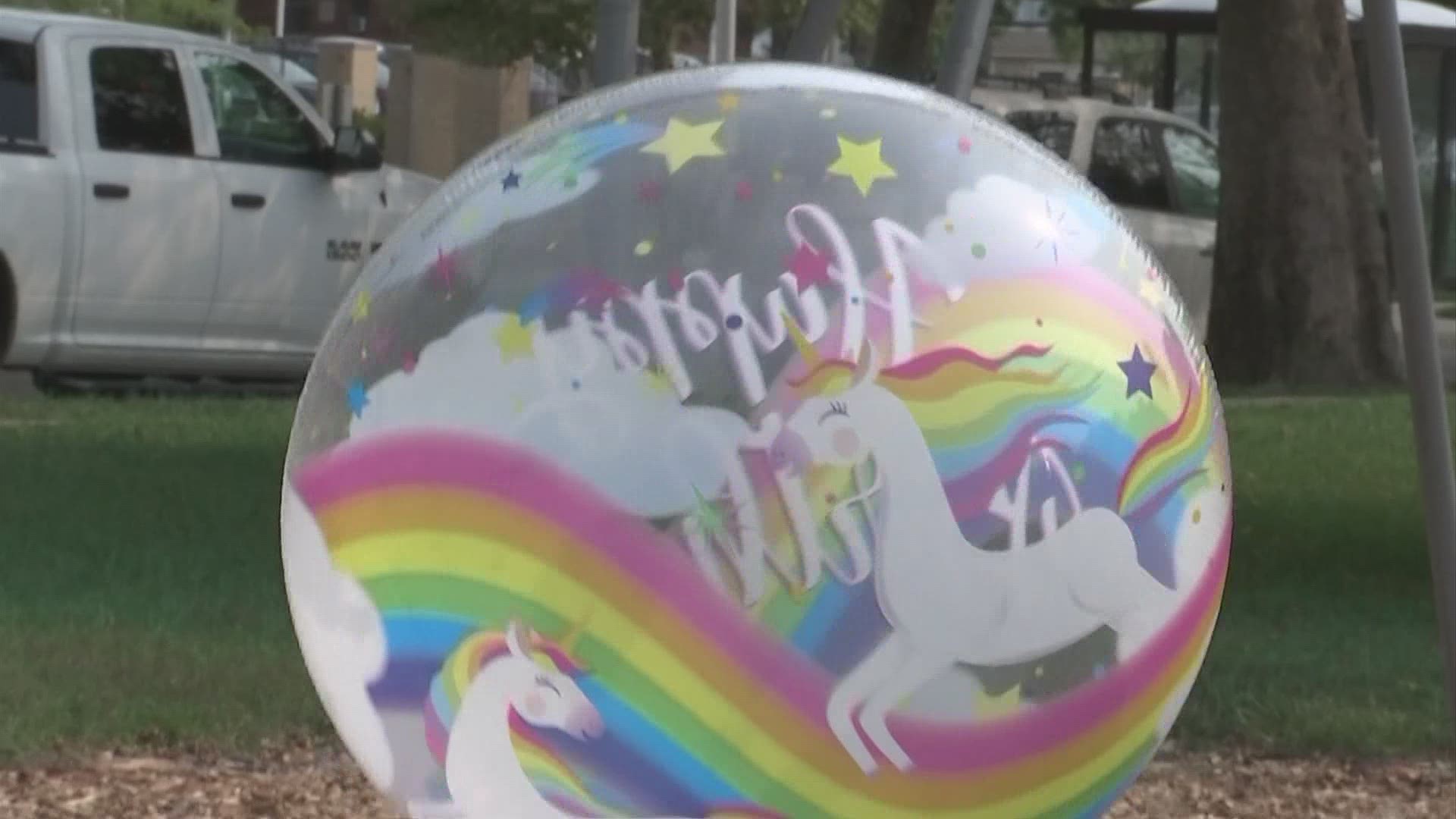 A 4-year-old battling cancer has sparked a large string of paying-it-forward after a stranger bought her a balloon Saturday night.

Heather McKelvey said she stopped in a market quickly with her four-year-old Catherine. Catherine noticed a rainbow birthday balloon with Unicorns in an aisle behind them.

“She had to have it and I was already done checking out and was like, ‘Should I get it or should I not,” McKelvey said.

A woman in line behind them noticed Catherine asking for the balloon and grabbed it, paid for it and gave it to Catherine.

“She didn’t even hesitate, she just went and grabbed the balloon,” McKelvey said.

Catherine and her mom thanked the woman and rushed to make it home, making McKelvey feel she didn’t thank the woman in the most genuine way.

Saturday night McKelvey posted on Facebook asking for anyone who was at the store to help find the woman and thank her again. Instead, hundreds of people shared and commented on her posts, offering other items and good deeds to Catherine and the McKelvey family.

That’s when two strangers, Emily Gramly and Kelley Swiney reached out to McKelvey to help organize the donations. McKelvey then suggested giving some of the donations to other families like her own affected by childhood cancer.

While gathering more donations and families to receive them, Kelley Swiney received a text message from a friend informing Swiney she was the woman who purchased the balloon for Catherine.

“I kept referring to them as the random couple that bought a little girl a balloon, but they’re actually two of our dearest friends,” Swiney said.

Debbie Culp was discovered to be the woman behind the balloon generosity. She works in the Behavioral Health department at Nationwide Children’s Hospital, where Heather and Catherine McKelvey met her Tuesday morning to thank her.

“I did what I think anyone else would do,” Culp said.

Now these four strangers have rallied together to create a place for families to donate items to other families affected by cancer. As of Tuesday afternoon, at least 150 families had offered donations to four families.

Catherline's family has also a GoFundMe account to help with their expenses.