2,000 teenagers march in downtown Columbus for "We Are the Majority" 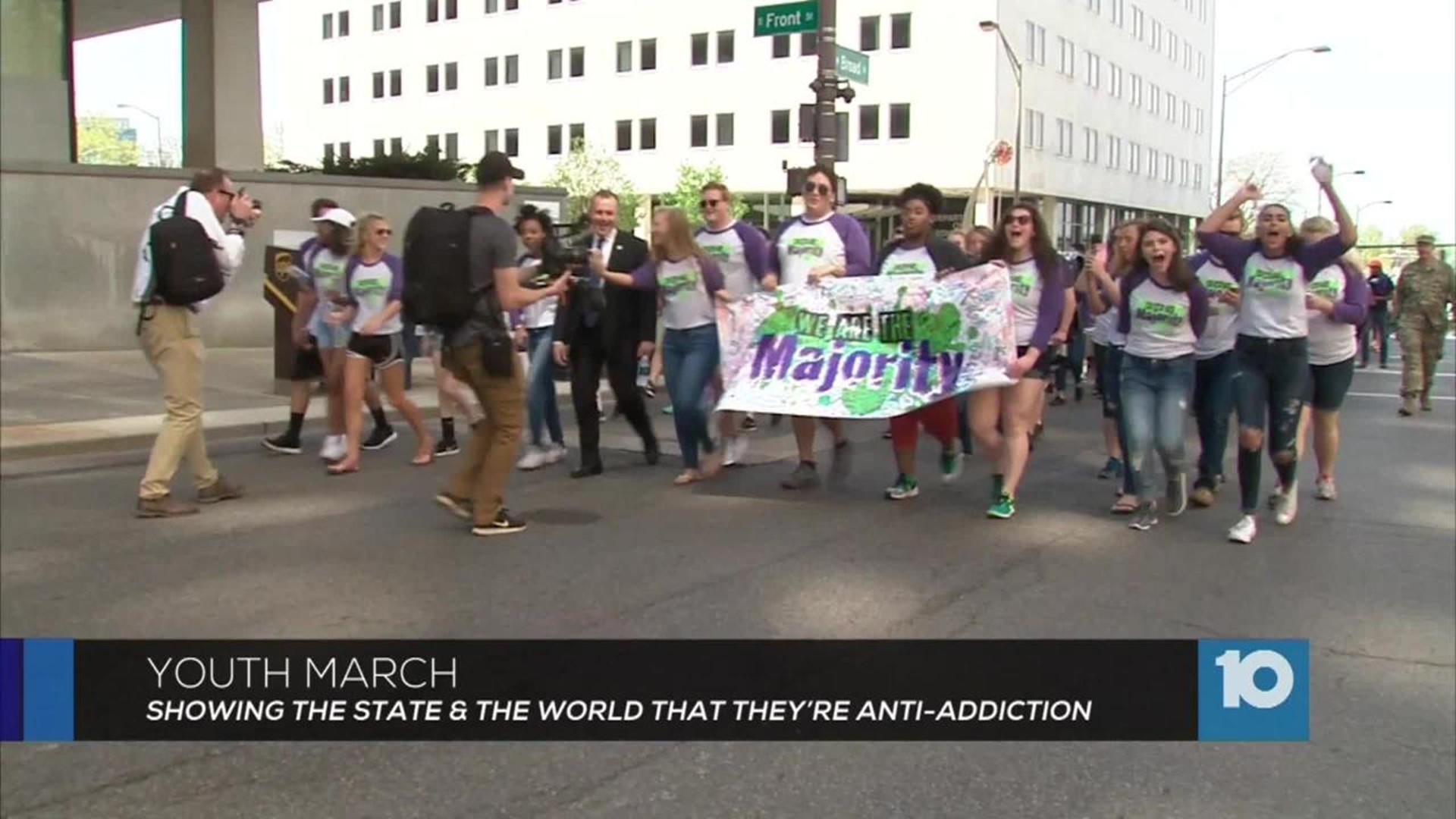 A sea of purple could be seen Thursday afternoon in downtown Columbus for the sixth annual "We Are the Majority" rally and march.

More than 100 high schools, communities and youth groups from across Ohio brought nearly 2,000 teenagers to Columbus for the event that promotes drug and alcohol-free living. There was a rally on the river, then the group marched to the State House to show legislators their passion and desire to vote in the near future.

"These young people are motivated," he said. "These young people care about themselves, they care about their communities, they want to be a part of those conversations and they want to be in those rooms. They're saying 'Nothing about us without us', and they're saying let us be here, hear our voices. We're out here and we're doing the right thing and we want that support."

"I'm here because I'm drug-free," Makaiya Freeman said. "I'm a leader and this is the place to be."

Freeman, a 15-year-old freshman at Marion-Harding High School, cares because she's lived it. She said her father, for years, has struggled with drug addiction.

It made Freeman strong, too.

Strong enough to walk and stand-out in the crowd of high school students and be a voice for change.

It's important, she says. For her. For everyone.

"Since we're the young generation, we need to make the world a better place and continue to be leaders and stay drug-free," Freeman said.