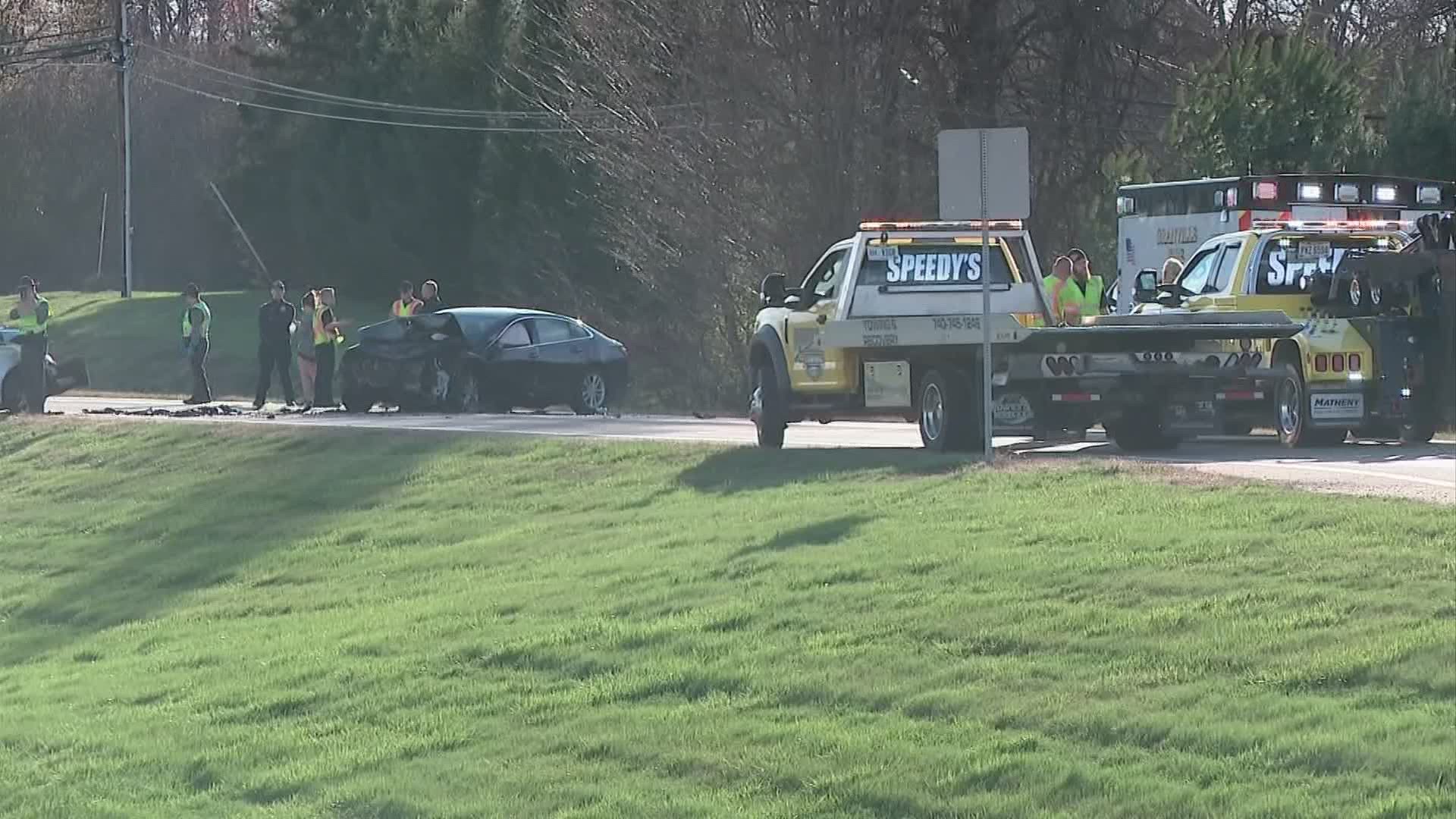 LICKING COUNTY, Ohio — Two people have died in a head-on crash on State Route 16 in Licking County, according to the Ohio State Highway Patrol.

The crash happened just southwest of Granville around 5:20 p.m.

OSHP said 85-year-old Jack Freeman was driving southwest on SR-16 when he traveled left of center.

He hit a car being driven northeast by 44-year-old Amy Rambo, according to OSHP.

She was pronounced dead at the scene.

Freeman was taken to Licking Memorial Hospital where he died.

SR-16 was closed for several hours but has since reopened.