The officers' injuries are not life-threatening. 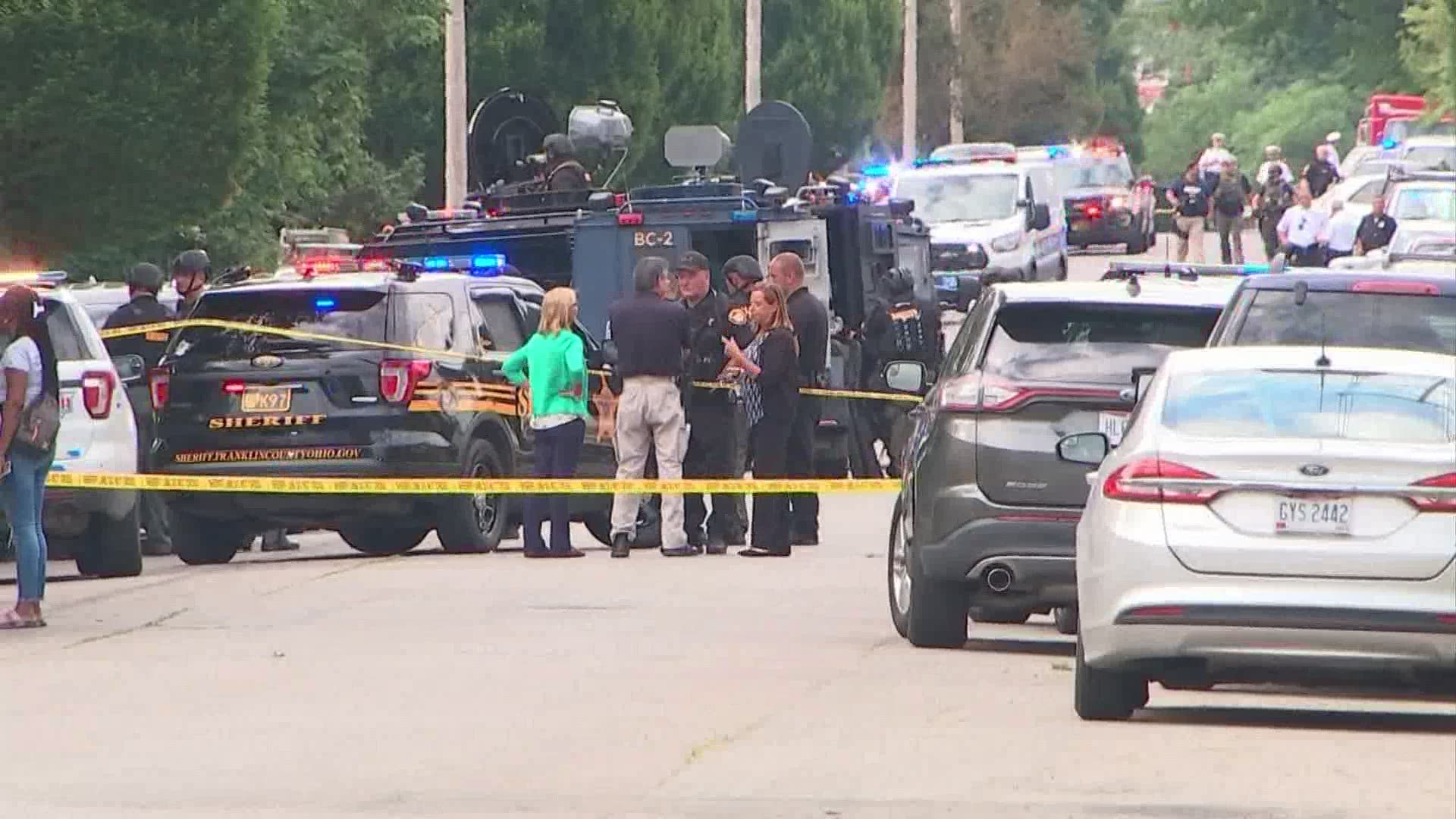 The Franklin County Sheriff's Office said the SWAT team members were shot just after 8 a.m. on Beulah Road, just south of I-71 and Weber Road in north Columbus.

Franklin County Chief Deputy Jim Gilbert said the officers were serving a probate warrant to take a woman in for a mental health evaluation when the woman confronted the officers and shot them.

At around 2:30 p.m., Columbus police said that one of two women who were in the home left voluntarily and will be interviewed by investigators.

At around 3 p.m., police said the other woman was taken into custody on the roof of the home.

A bailiff with the court told 10TV Justice is in the hospital.

The SWAT team members were taken to Riverside Methodist Hospital.

The sheriff's office said the officers were shot in their legs and the injuries are not life-threatening.

Police said both deputies are in stable condition at the hospital.

What are probate warrants?

Two Franklin County Sheriff's deputies were shot in their legs Tuesday while trying to serve a probate warrant.

A probate warrant is where there was a concern this woman could be a danger to herself or to others.

While the sheriff's office has served up to 1,500 of these a year, they usually happen without incident.

“They can be very dangerous because you are dealing with people that will have issues, and they are maybe not in their right mind. Anything can happen,” explained Franklin County Sheriff Dallas Baldwin.

“What it is, is an order of detention. One thing I want to clarify, this is not a criminal case, it's a civil case," Franklin County Judge Robert Montgomery, who presides over probate court said.

If he approves a probate warrant, law enforcement will pick up the person to be mentally evaluated.

“If it were to rise to the cause where that person would be a danger to themselves or others, then the probate court would issue that order of detention warrant that would go to police officers,” Montgomery said.

Judge Montgomery says probates have skyrocketed. In 2010, his office ordered 681. Last year, there were 2,027.

They can be very dangerous, back in 2014, Franklin County Sheriff's Deputy Sean Brady was shot while serving a probate warrant. He recovered from his injuries.

The judge adds because they can be dangerous, deputies go through special training to conduct these types of warrants.

“The sheriff's office has a very special group of people who serve these warrants, they have their crisis intervention training, they call it CIT training. These people are especially equipped,” Montgomery said.