'An inspiration to all of us': Columbus women share experiences meeting Alex Trebek

Alex Trebek was diagnosed with pancreatic cancer in March 2019 and died on Sunday. 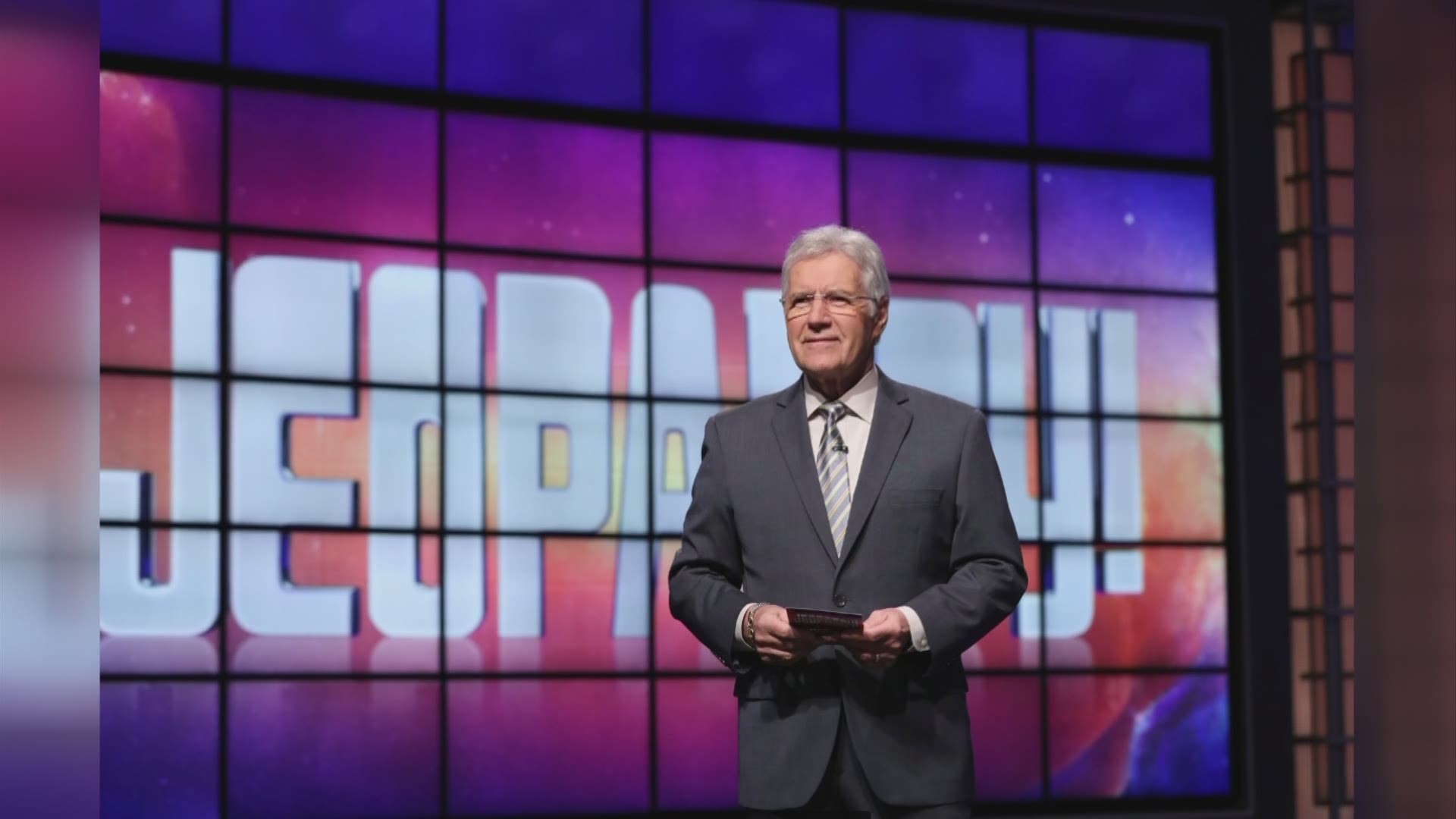 COLUMBUS, Ohio — Over the weekend, the nation lost someone who has been in families’ living rooms for 36 years.

Even if a family didn’t personally meet or know Jeopardy! host Alex Trebek, they may have felt as if they did.

Trebek was diagnosed with pancreatic cancer in March 2019. He passed away on Sunday, Nov. 8.

Sarah Schmitt, who lives in Columbus, competed on the show back in January and had her episode air on March 16.

“I got to watch five games because you literally get picked out of a hat five minutes before the show starts,” Schmitt said.

She had the chance to meet and talk with Trebek.

“He is the warmest, the nicest. He loved to talk to the audience during commercial breaks,” Schmitt said.

10TV’s very own, Angela Pace, also had a chance to meet him in Los Angeles and Columbus while on assignment in 2002.

“It was kind of like role reversal,” Pace said.

“It was really, really just quite an honor to share the stage with him, I had been a huge Jeopardy! fan,” Pace said.

She then had a chance to interview him one on one.

“I was so nervous. Now I have interviewed zillions of people, but something about interviewing Alex Trebek, being able to talk to him and I guess I expected him to be a little on the arrogant side because he is a star, but I was floored by just how accessible, how pleasant, how normal, how genuine he was. He was so friendly and he called me by name,” Pace said.

Pace said he put her at ease.

“He complimented me on my shoes, I’ll never forget that,” Pace said.

Trebek was very open about his battle with cancer.

“He was talking about the different drugs he was on, he was having hallucinations, unfortunately,” Schmitt said.

It was his honesty, courage and strength that these women said were empowering and impactful.

“Watching Alex Trebek go through what he was going through with such grace and such dignity and such humor was an inspiration to all of us,” Pace said.