Columbus police officers John Kotchkoski and Marco Merino were both arrested by the FBI on Tuesday. 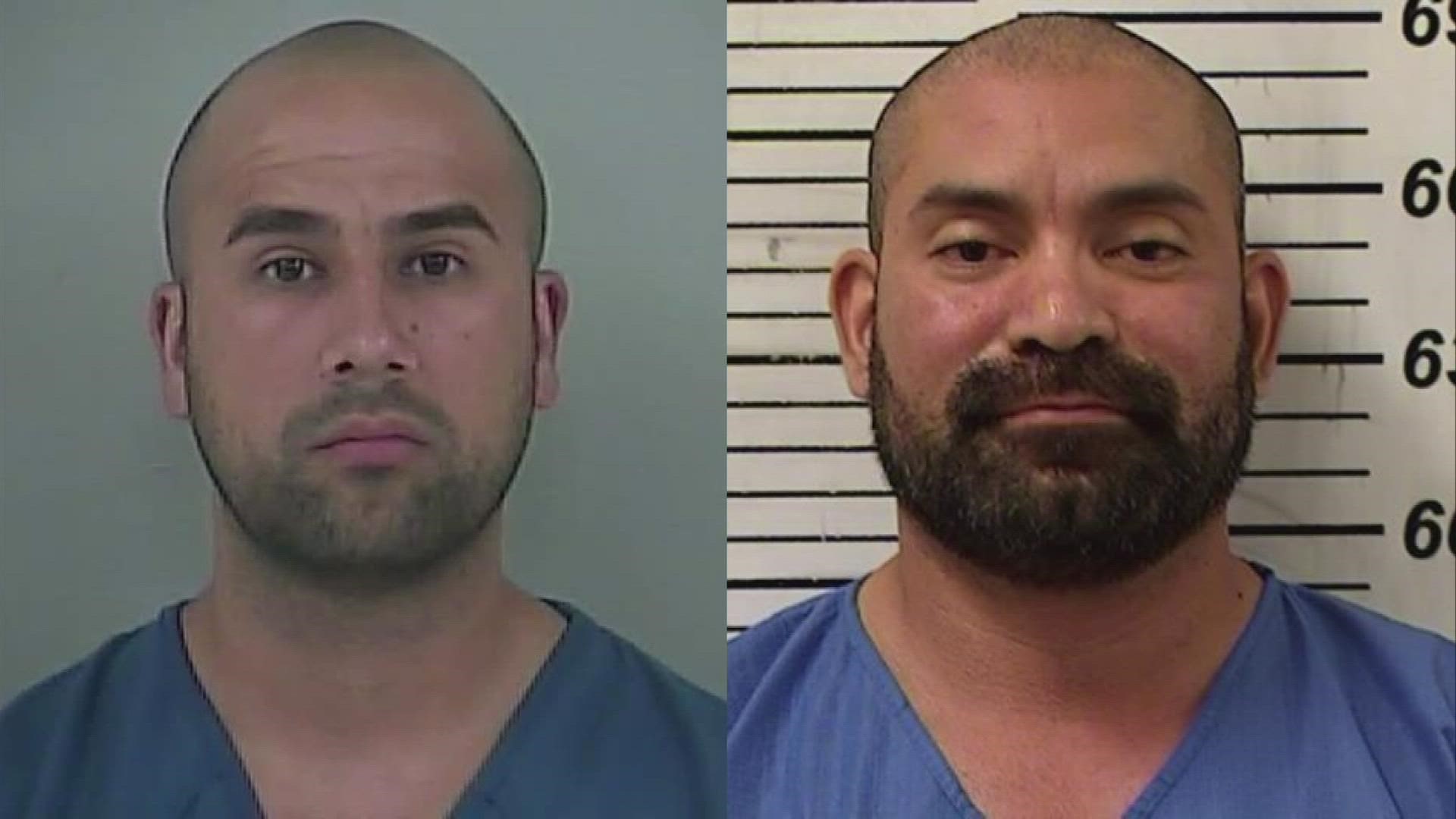 COLUMBUS, Ohio — Two Columbus narcotics officers are accused of distributing fentanyl and attempting to smuggle other drugs, according to a release from the United States Department of Justice.

Officers John Kotchkoski, 33, and Marco Merino, 44, were arrested on Tuesday.

According to the DOJ, both officers were involved in the distribution of seven and a half kilograms of fentanyl. Additionally, Merino reportedly accepted bribes to protect the transportation of cocaine, it reads in the release.

Merino reportedly intended to gain citizenship in Mexico by laundering drug proceeds, court records show. During his efforts, he allegedly attempted to recruit a confidential informant, offering law enforcement protection in the process.

Between March and September of this year, Merino accepted $44,000 in cash in exchange for transporting 27 kilograms of what he thought was cocaine. Instead, court documents show the transactions were being controlled by the FBI as part of its investigation.

Footage captured by 10TV shows FBI agents and Columbus police going in and out of Merino's Columbus home, collecting boxes of evidence on Tuesday.

In June and Aug., Merino distributed the fentanyl provided by Kotchkoski, with an estimated value of $60-80,000.

“Possessing with intent to distribute 400 grams or more of fentanyl is a federal crime punishable by 10 years and up to life in prison. Federal Program Bribery is punishable by up to 10 years in prison,” it reads in the release.

Sources tell me the FBI raided the homes of two Columbus Police narcotics officers. John Kotchkoski and Marco Merino were both taken into custody. pic.twitter.com/9Sm3ZdWGSV

Sam Shamansky, Kotchkoski's lawyer shared his thoughts about the case with 10TV.

"One of these police officers already openly acknowledged that he's guilty and now he's cooperating and trying to dig himself out of a hole. We know that for sure, right? Because people who are in trouble will generally do whatever they need to do to get out of trouble," he said.

"These allegations are beyond disturbing. If proven, such actions would violate the oath our officers take, the standards we must hold ourselves to, and the trust of the public.

These officers have been relieved of duty pending the outcome of their criminal cases. We have, and will continue to, work cooperatively with federal authorities.

Because this is an ongoing investigation, I cannot comment further on these cases.

This alleged conduct does not reflect the values of this division, or the excellent work being done by its employees.

I will say it again: when my officers do what’s right, I will always have their back. When they don’t, they will be held accountable."

“I am flat out angry. The allegations are disturbing and represent a complete breach of trust. It undermines our efforts to rebuild community-police relations at a time when we need to come together to make our neighborhoods safer. The selfish actions of these officers jeopardized the safety of their fellow officers and the community. We will hold these officers accountable, check the abuse of power and remain steadfast in our work to reform policing in Columbus.”