Latoya Carpenter was driving by a vigil that she knew nothing about when a gunman opened fire towards the crowd, striking Carpenter in the head, killing her. 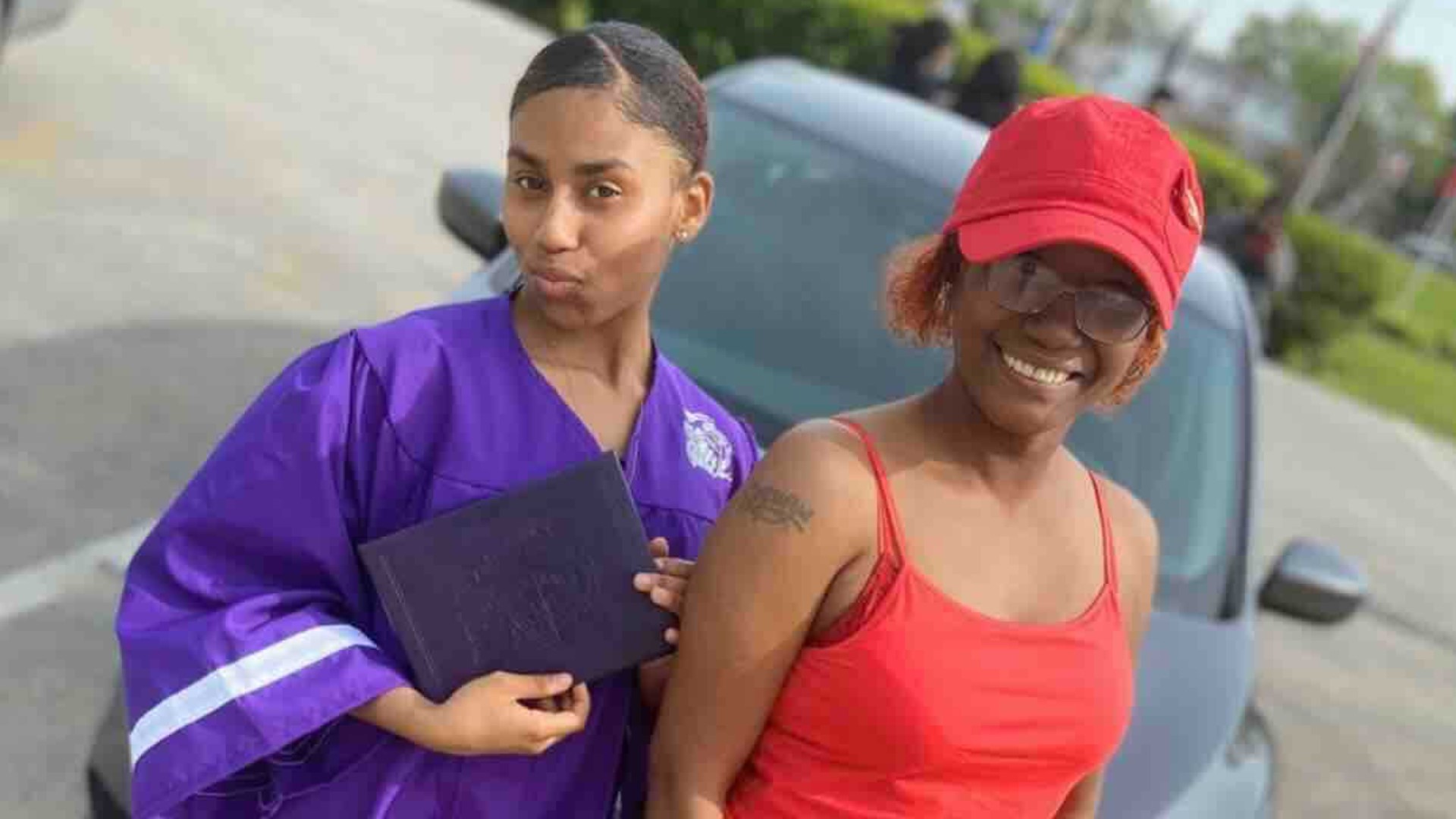 COLUMBUS, Ohio — Sequoya Carpenter, 19, drove behind her mom who was driving in a separate car, back to her house. That is when she witnessed the final moment of her mother's life.

"She pulled out in front of me. There wasn't a car behind her. I was right behind her. So I'm still shocked how my car missed any bullet holes," she said.

According to the Franklin County Sheriff's Office, 39-year-old Latoya Carpenter was hit by a bullet in the head and crashed her car into a parked car. She was pronounced dead at the scene.

"I feel like my whole world crumbled right there," Carpenter said.

She said there was a lot of yelling and screaming when she saw her mother’s body. According to Carpenter, she felt like the air was sucked out of her own lungs.

"I was just touching the back of her neck looking for a pulse hoping that she was there, but there was no pulse,” she said.

Sequoya Carpenter’s mother, Latoya, was driving on Chatterton Road in Truro Township when she was shot and died. 5 others were injured. It happened earlier this month. The latest on the investigation tonight at 5 #10TV pic.twitter.com/FS2so0xhOX

A new video released from the sheriff's office Friday shows the shooting suspect. In the video, you can see a dark gray Dodge Durango drive by. That is the suspect that began to fire into a crowd of people.

"The individual that did this, it was a very cowardly act,” Sgt. Bill Duffer said.

The crowd that those gunshots fired into was for a vigil that took place in the parking lot of a Dollar General on Chatterton Road in Columbus. It was held to commemorate the death of Jarrin Hickman who was murdered at this location one year earlier.

The shooting at the vigil happened on Saturday, April 17 around 7:30 p.m.

Carpenter said she and her mother had nothing to do with the vigil and were driving by at the time the shots were fired.

“She didn't know anything about a memorial or about anything going on,” Carpenter said.

Five people were hurt, including a 12-year-old. All of the injured people were taken to the hospital, treated and released, according to the sheriff’s office.

For Carpenter, however, one of those gunshots ended her mother's life, and she was right there to witness it all.

She said she has always wanted to become a K9 law enforcement officer to help others. Now, this has motivated Carpenter to focus even more of her energy on that goal.

"Because I don't want anyone else to have to be in my shoes,” she said.

Anyone with information can remain anonymous and is asked to contact the Franklin County Sheriff's Office Detective Bureau at 614-525-3351.