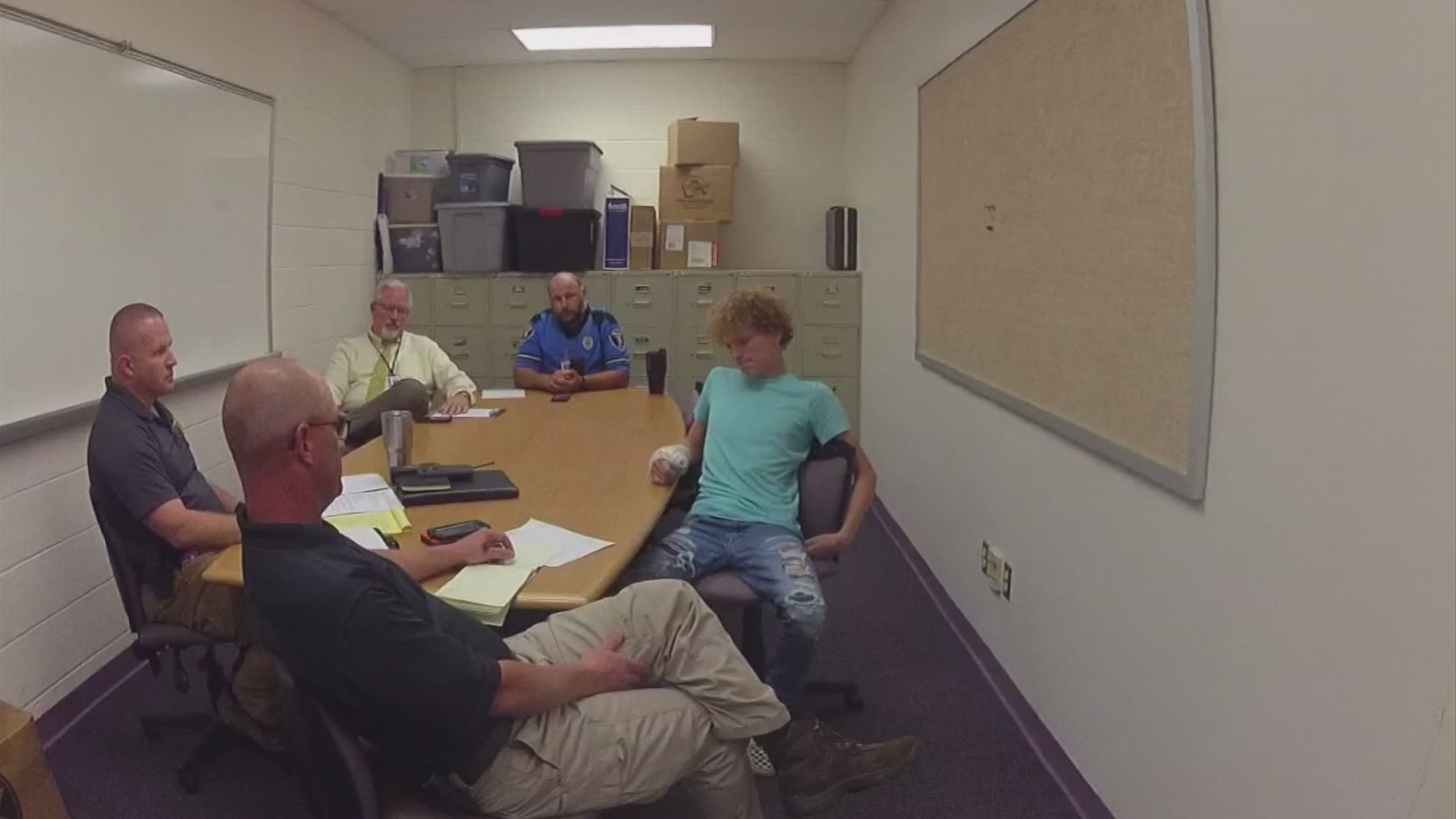 COLUMBUS, Ohio — It took more than one month for investigators to get the break they needed in the death of Victoria Schafer.

On Labor Day of 2019, a falling log killed Schafer, a Chillicothe photographer who was a wife and mother of four children.

A tip led investigators to two teenage boys, Jaden Churchheus and Jordan Buckley, both 16 at the time.

Det. Dustin Robison and Troy Newman, an investigator with the Ohio Dept. of Natural Resources, interviewed both teenagers at Logan High School on Oct. 10, 2019. 10TV exclusively obtained those videos.

Churchheus and Buckley were initially charged with murder, involuntary manslaughter and reckless homicide and were tried as adults.

Both eventually agreed to a plea deal and were convicted only on the involuntary manslaughter charge. They are set to be sentenced in juvenile court on Friday.

10TV also broke the news that a third person, 20-year-old Miranda Spencer, is now facing charges tied to the case. She was indicted on one count of obstructing justice, a third-degree felony.

According to court records and testimony, Spencer was driving the car on the day the two teen boys, along with another teenage girl, went to Hocking Hills State Park and Schafer was killed.

On that day of initial interviews last fall, investigators talked with Buckley first. And it was immediately clear that they were going to have to work to find the truth.

“Like, nothing happened, we were just walking around that day, and then that guy came up to us and said (that a woman had been hurt),” Buckley said during his interview.

Investigators pushed further, eventually pressing Buckley to reveal more about what happened, despite the teen saying he didn’t like “snitching” on people.

Buckley pointed the finger squarely at Churchheus, repeating a phrase he claims Churchheus said that day.

“He said, ‘I already caught a body by the age of 16,’” Buckley told investigators that Churchheus said.

Buckley stuck with that story, opening up even more after a phone call to his mother that also was captured on video.

“I didn’t like push it off, but I moved the log with him, I pulled it out,” Buckley told her. “I didn’t know he was going to kick it off though.”

“But a woman died,” his mother replied.

Investigators would eventually finish up that interview and later meet with Buckley and his parents for a walk-through at Hocking Hills that would lead to his arrest.

After interviewing Buckley at the school, investigators then talked with Churchheus. 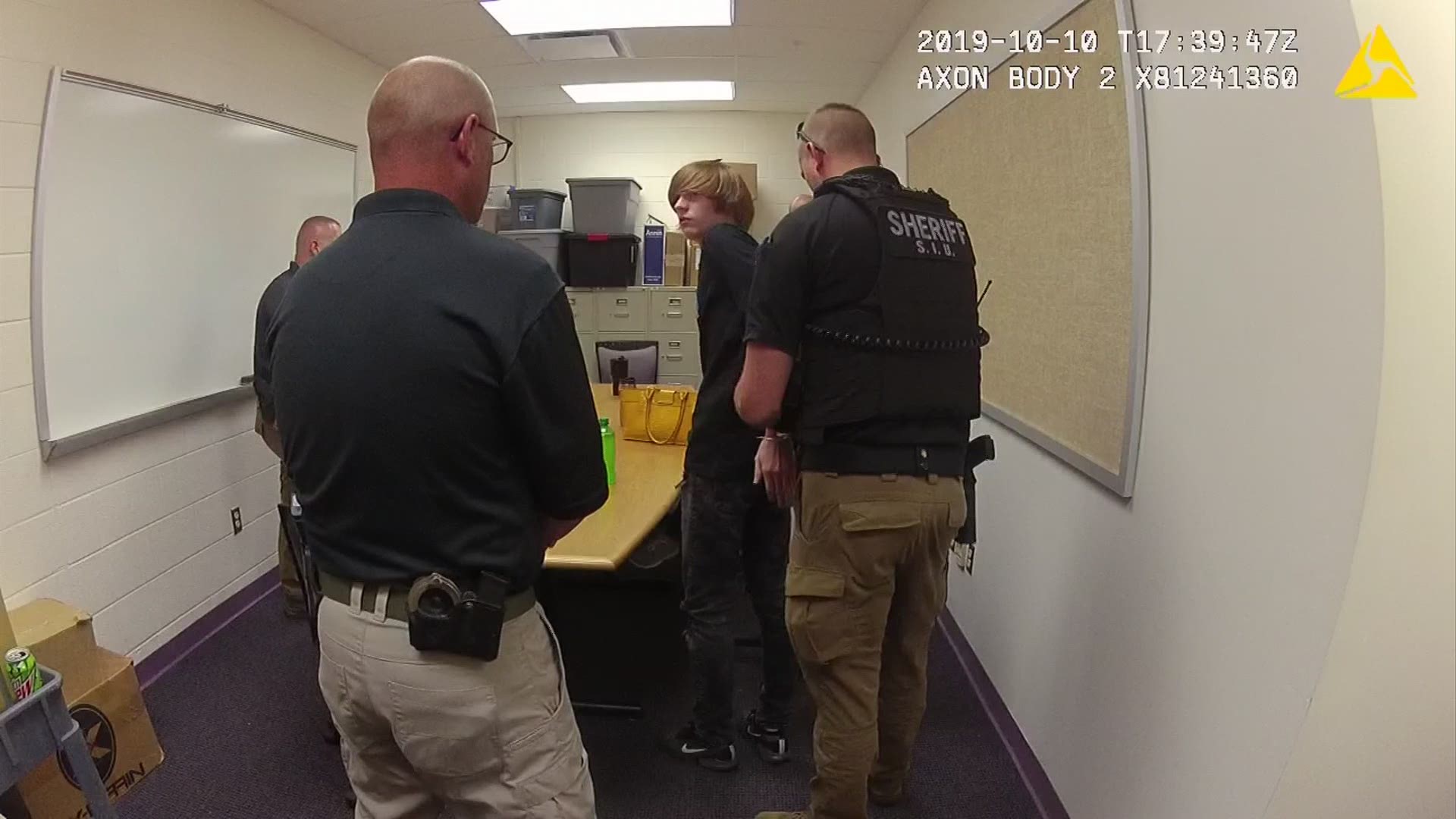 He was similarly hesitant to share details of that day.

Investigators soon filled him in, letting him know that the other three people he was with at Hocking Hills that day had pointed the finger at him.

“I know I didn’t kick it,” Churchheus said. “If I kicked it off, I’d know I would have kicked it off. I’m not trying to hide anything here. I’m giving you the answers you’re asking for.”

Investigators never got Churchheus or Buckley to admit to personally forcing the log of the cliff.

Still, nearly two hours after their questioning first began, investigators said they had what they needed to arrest Churchheus and send him to juvenile detention.

It was a moment that shocked his mother, who had been sitting in on the interview with him.

“You know what that’s doing to me,” she said. “That’s hitting me in the head with a log. You cannot do that to me.”

“Why would you say something like that,” Det. Robison said.

The teen’s mother answered before hugging her son one last time.

“Because you can’t take him to jail,” she said. “There’s bad people there.”