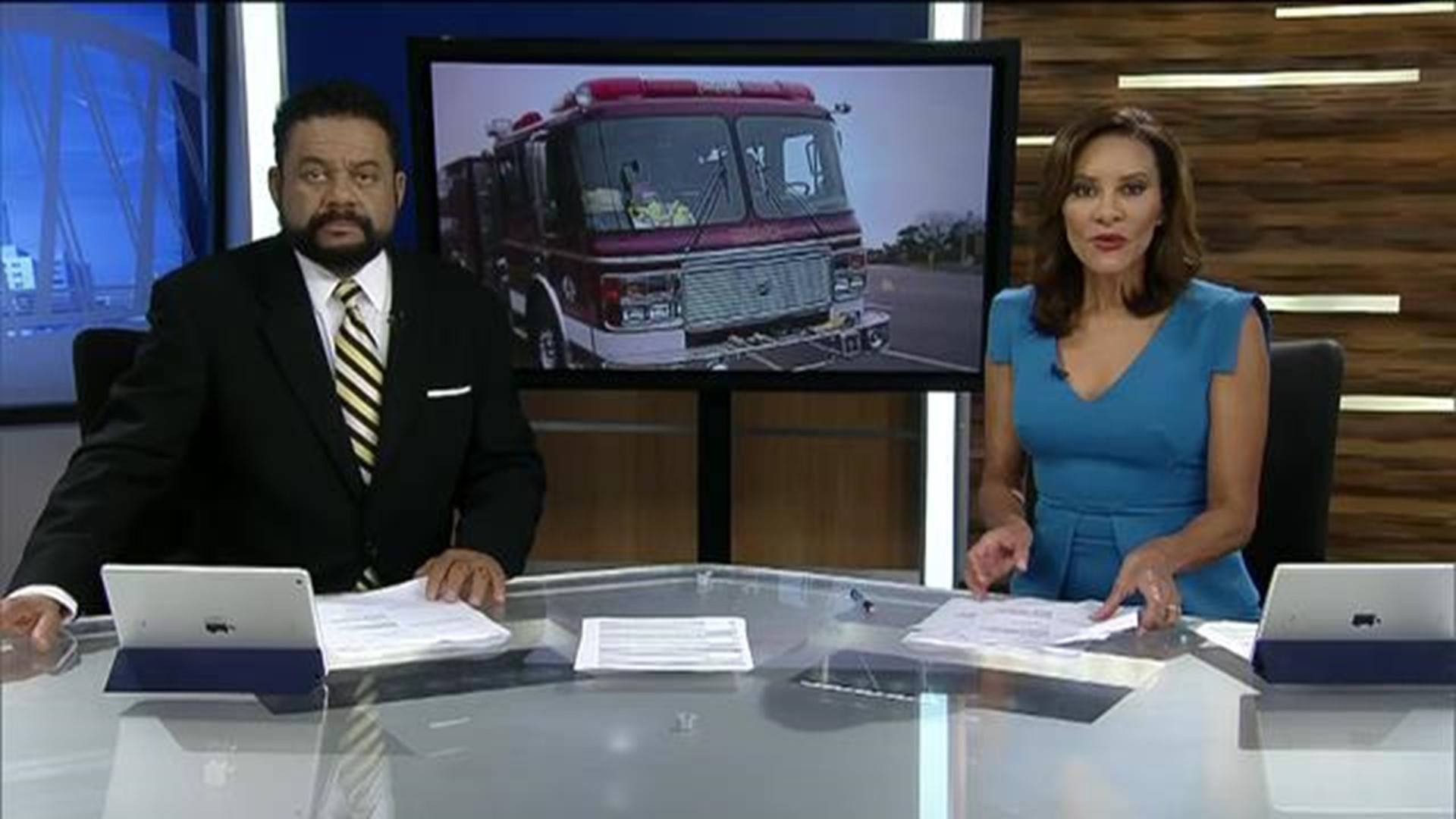 COLUMBUS, Ohio - One resident is critically injured and a firefighter is hospitalized after a fire in east Columbus on Monday, according to a spokesperson for the fire department.

Battalion Chief Steve Martin said a resident of the home was taken to the Ohio State University Wexner Medical Center in critical condition to be treated for burns.

Martin said a firefighter was taken to Grant Medical Center to be treated for a back injury sustained while fighting the fire. Martin described the firefighter's condition as stable.

The cause of the fire has not been determined.

Smith was sitting on his porch. He heard the boom and ran down the street while calling 911. When he got to the house on Genoa Place he saw his neighbor run out with his hair on fire.

Smith says he grabbed his hair to put it out and then asked if anyone else was in the house. There was.

Running inside, he says he almost tripped on a man’s foot. He grabbed it and pulled.

“When I ran out the door I just snatched him,” he said. “I don’t know where I got the strength from. I don’t know. I grabbed dirt, grass, everything and started putting it on his face because his head was just flames.”

Smith says he tried to put the fire out. He grabbed a couch cushion that was outside by a nearby tree to help extinguish the flames. He stayed with the man until crews arrived. All the while, Smith says he never knew the man he was helping.

Columbus Fire Chief Steve Martin says the man was taken to OSU Hospital with second and third-degree burns on 80 percent of his body.