Listeria has been found once again at the production facility of Jeni’s Splendid Ice Creams. 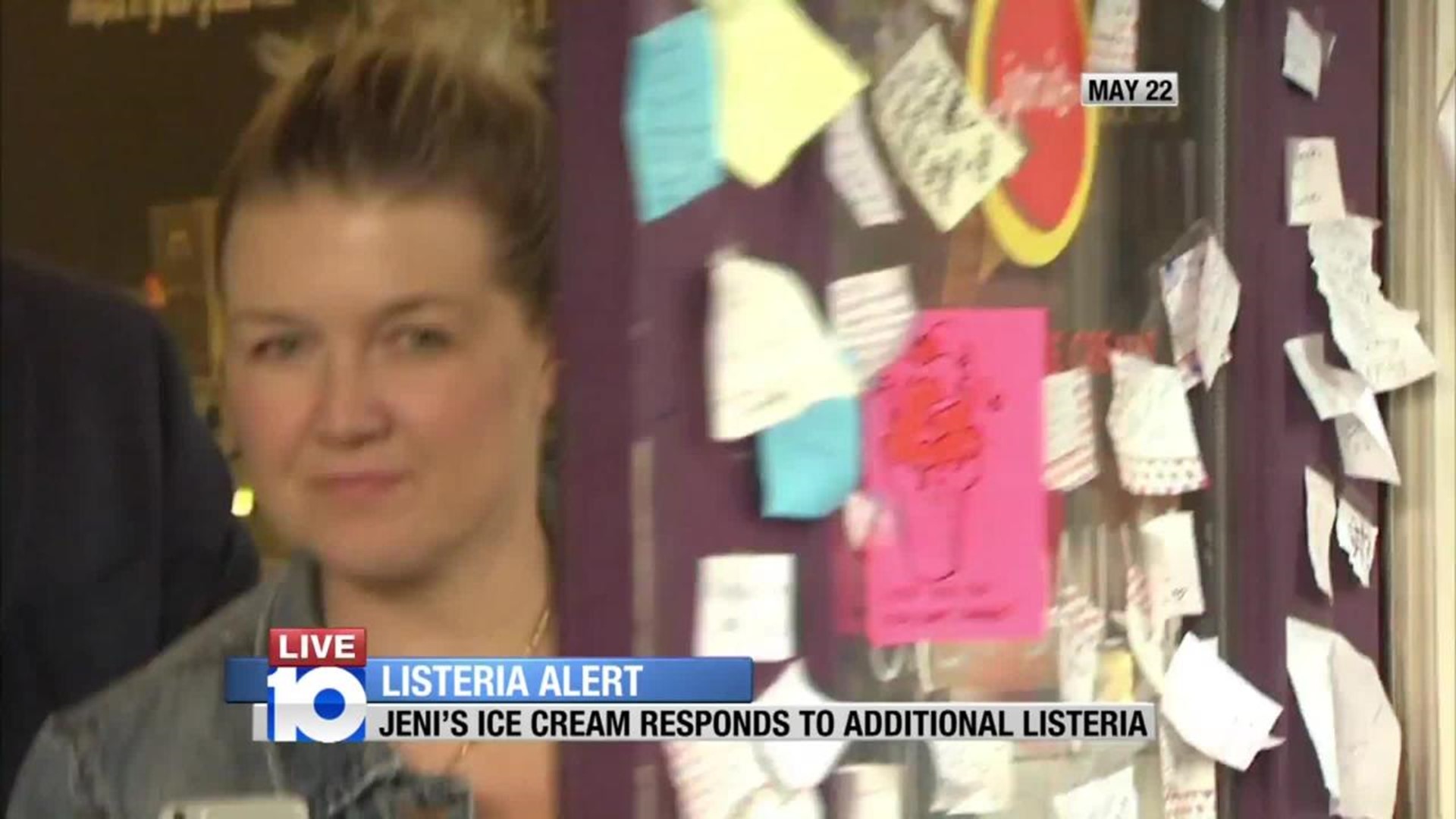 Listeria has been found once again at the production facility of Jeni’s Splendid Ice Creams.

In a message on Friday from CEO John Lowe, he says listeria was found through routine swabbing.

In response, Lowe says all scoop shops will be temporarily closed and ice cream production will be halted until the matter is resolved.  Lowe claims ice cream served in scoop shops since the re-opening of stores in May is “100% listeria-free.”

What Is Listeria & How Is It Traced To Ice Cream?

This comes after Jeni’s shut down all scoop shops and recalled its entire product line in April after listeria was found in a pint-filling machine at a production kitchen.  A government investigation into Jeni's revealed there was inadequate testing and cleaning in its Columbus plant before listeria was found in some of its ice cream pints.

The Food and Drug Administration released the results of its investigation into Jeni's plant in late May after a Freedom of Information request from The Associated Press. The report says Jeni's managers did not have an adequate sampling and testing program and were not sufficiently sanitizing some surfaces, including the floors. The report also details residue being found on some equipment.

The report said Jeni's regulatory manager and director of operations, employees responsible for assuring compliance with government food safety guidelines, showed a "lack of competency" by failing to comply with some of those guidelines.

A 2008 inspection of Jeni's Columbus plant, results of which were also released by the FDA in response to the AP's Freedom of Information request, showed evidence of the presence of rodents and insects and inadequate personal cleanliness of employees. The 2015 investigation didn't find any of those problems.

CEO John Lowe said the company will never be sure how the bacteria got into the machine, which filled a portion of the pints for retail sales, but that it will spend about $200,000 on changes to make sure it doesn't happen again. The company also said it would destroy 265 tons of ice cream worth more than $2.5 million.

To much fanfare on May 22, Jeni’s re-opened all scoop shops after nearly a month following the initial shut down.

Jeni’s says it will reopen shops and resume ice cream production after listeria is eradicated once again from its kitchen.

Here's the full statement from Lowe:

We have found Listeria in our production facility again.

We discovered the Listeria through routine swabbing as part of our monitoring program.

We stopped production earlier this week and have been investigating where and how it may have re-entered the facility. We have a theory and are testing that theory. We don’t yet have a timeline for the resumption of production.

Since resuming production in our kitchen on May 13, 2015, we have been testing every batch of ice cream we have made and holding it until we learned that the testing did not detect any Listeria. So it is with complete confidence that I can say all of the ice cream that has been served in our shops since reopening on May 22 has been safe and is 100% Listeria-free.

We are closing our scoop shops temporarily because we don’t have enough ice cream to keep them stocked. After we eradicate the Listeria and have thoroughly tested the facility, we will restart making ice cream. Sometime thereafter we’ll announce a date when our shops will reopen.

While we would most certainly prefer that Listeria never enter our facility, we do take solace in the fact that our protocols and testing have worked: we found the Listeria before it got into ice cream we served. This finding and our ceasing of production enables us the opportunity to prevent contamination and continue to ensure the safety of our customers.

"We just got them back!” said customer Susan Couden. “I hate that this is happening. I hope they know that we love them and we want them to keep on keeping on.”

"Now they have to say, ‘Well we really mean it this time. We really mean we'll fix it. And we'll really test our systems to make sure the consumer is safe,’" he said.

"My wife is already less comfortable going,” said customer Paul Castelli. “I'll be like, “Let’s go to Jeni's’ and she's like, ‘Ehhh.’  So I'm worried how that's going to impact their business.”

Asked whether he had any concerns or misgivings, he answered, “I think I love the place too much."