"Hopefully no one ever finds my dad's hat anywhere," said Aaron Smith, "but if they did, I hope they would do what they could to get it back to us." 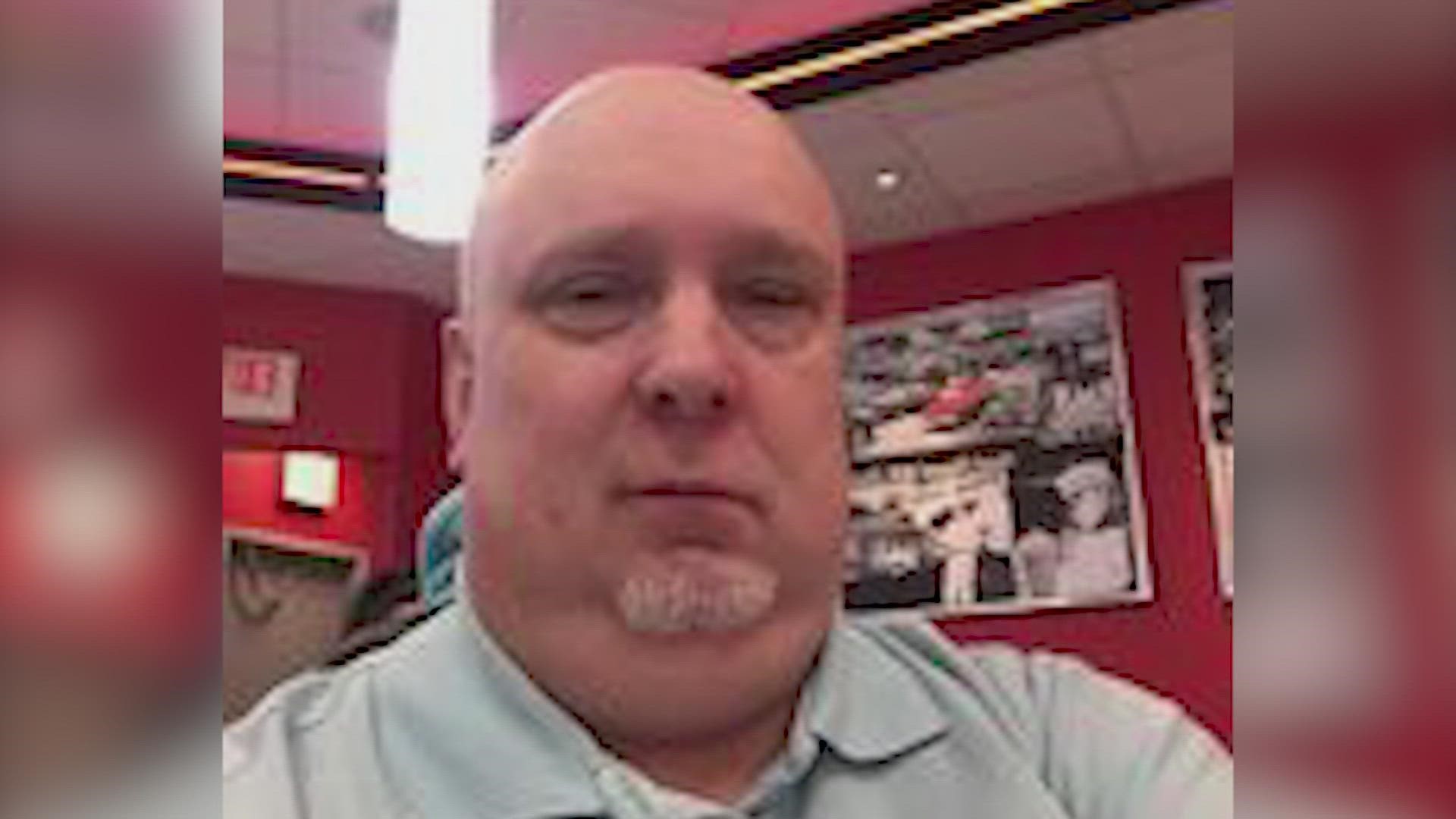 ZEELAND CHARTER TOWNSHIP, Mich. — Just hours after a Zeeland man was killed in a car accident, two passersby noticed something in the rubble that they couldn't ignore.

"Life's pretty fragile," said Aaron Smith, "it can go away in the blink of an eye."

Smith, from Hamilton, and his family, passed a horrific scene Tuesday morning on 64th Avenue in Zeeland Township.

"We saw him laying there and they were giving him CPR," Smith said.

That man was 55-year-old Kevin Cook, from Zeeland. Just minutes earlier, he collided with a deer. Deputies say the animal went through his windshield and then out of the rear window. Cook was later pronounced dead at the scene.

"Seeing something like that, you start thinking about how fragile life really is," said Aaron Smith.

Later that day, Aaron and his family drove past the cleared scene on their way home. That's when noticed something in the grass.

"The deer was still laying there, and so was a hat," said Smith, "so we pulled over and jumped out to grab his hat."

The camouflaged hat was left among the cleared scene. Smith said it looked well-worn and well-loved.

"I put it in a plastic bag," he said, "and since there was some glass and some blood on it I didn't want to disrupt anything."

Aaron's family posted to social media that that they were looking for the victim's family because they had something they'd like to give to them.

"My dad wears a hat all the time," said Smith, "so if that were to happen to my dad, I'd like to have his hat."

"And I certainly wouldn't want it to be left on the side of the road," he added.

Within minutes of the social media post, Smith was in contact with the family. He later met Kevin Cook's sister, and gave her the hat.

"I gave her my condolences, and handed her the bag," said Smith.

"She was very grateful," he added.

Kevin Cook's family said they are numb and in shock at his loss.

But for Aaron Smith, he said he just wanted to help in any way he could.

"Hopefully no one ever finds my dad's hat anywhere," he said, "but if they did, I hope they would do what they could to get it back to us."

"It's just a good reminder that we should live life well and love one another," Smith said.