The complaint is asking for Columbus City Council to have a public hearing on the matter. 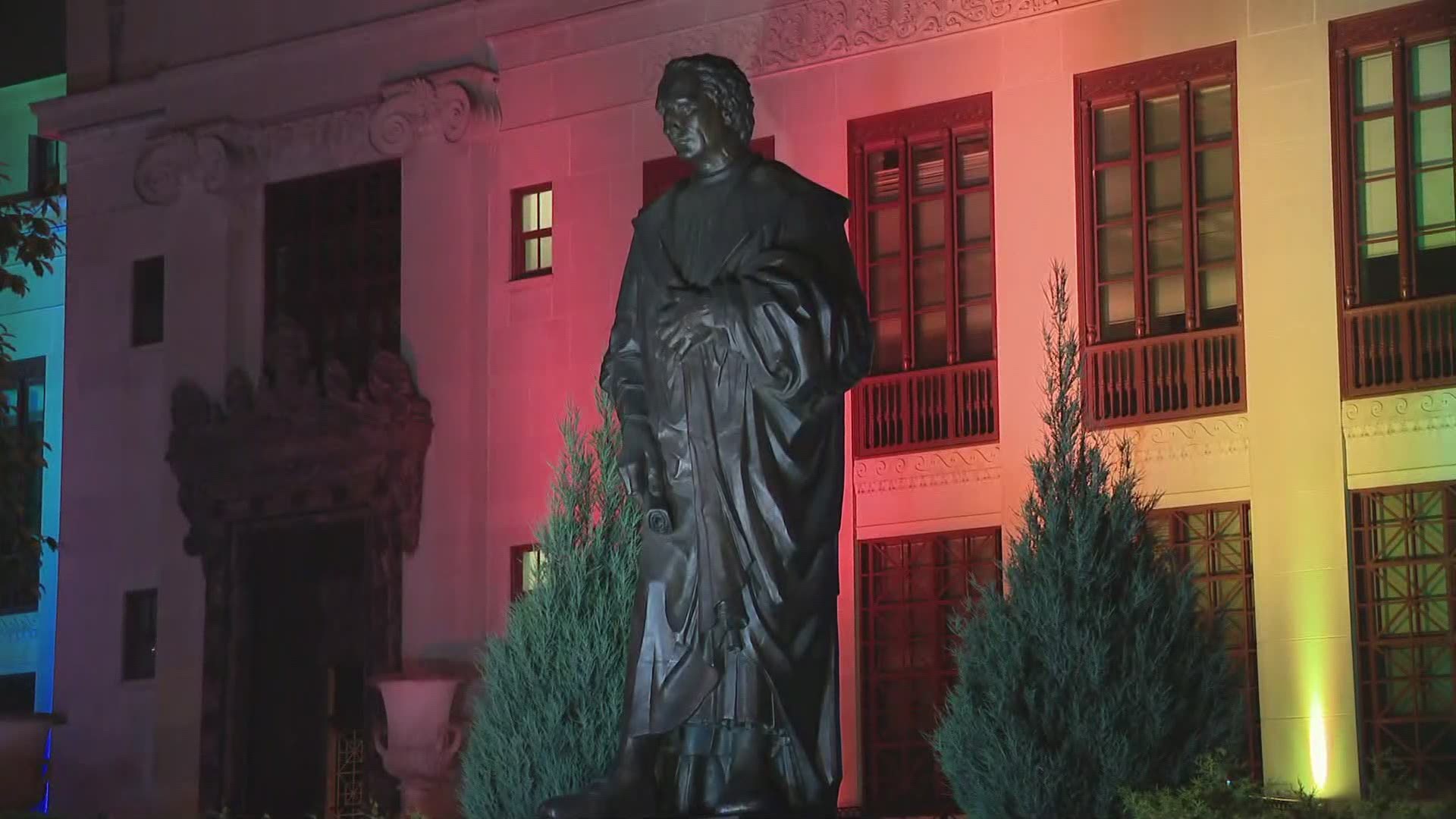 COLUMBUS, Ohio — A man filed a lawsuit asking for a court order requiring the City of Columbus to not remove the Christopher Columbus statue outside city hall unless there is legislative action taken by Columbus City Council.

The lawsuit was filed in Franklin County Common Pleas Court on Thursday by Michael Young, who is identified in the suit as a citizen in Columbus.

The complaint said Young is asking for Columbus City Council to have a public hearing on the matter. Young said a judge has yet to review the suit.

On Thursday, Mayor Ginther announced the statue was going to be removed and placed into storage until a decision could be made on where the statue would end up.

Columbus City Attorney Zach Klein tells 10TV that the city has not been served with a copy of the complaint.

"The City has not yet been served a copy of this complaint. When we are, we will review it. In the meantime, we see no legal reason why the City can’t proceed with removing the statue." Klein says.