Police believe a man shot and killed his ex-wife and a Lancaster police officer before killing himself. Click on the headline to read the story and watch 10TV News. 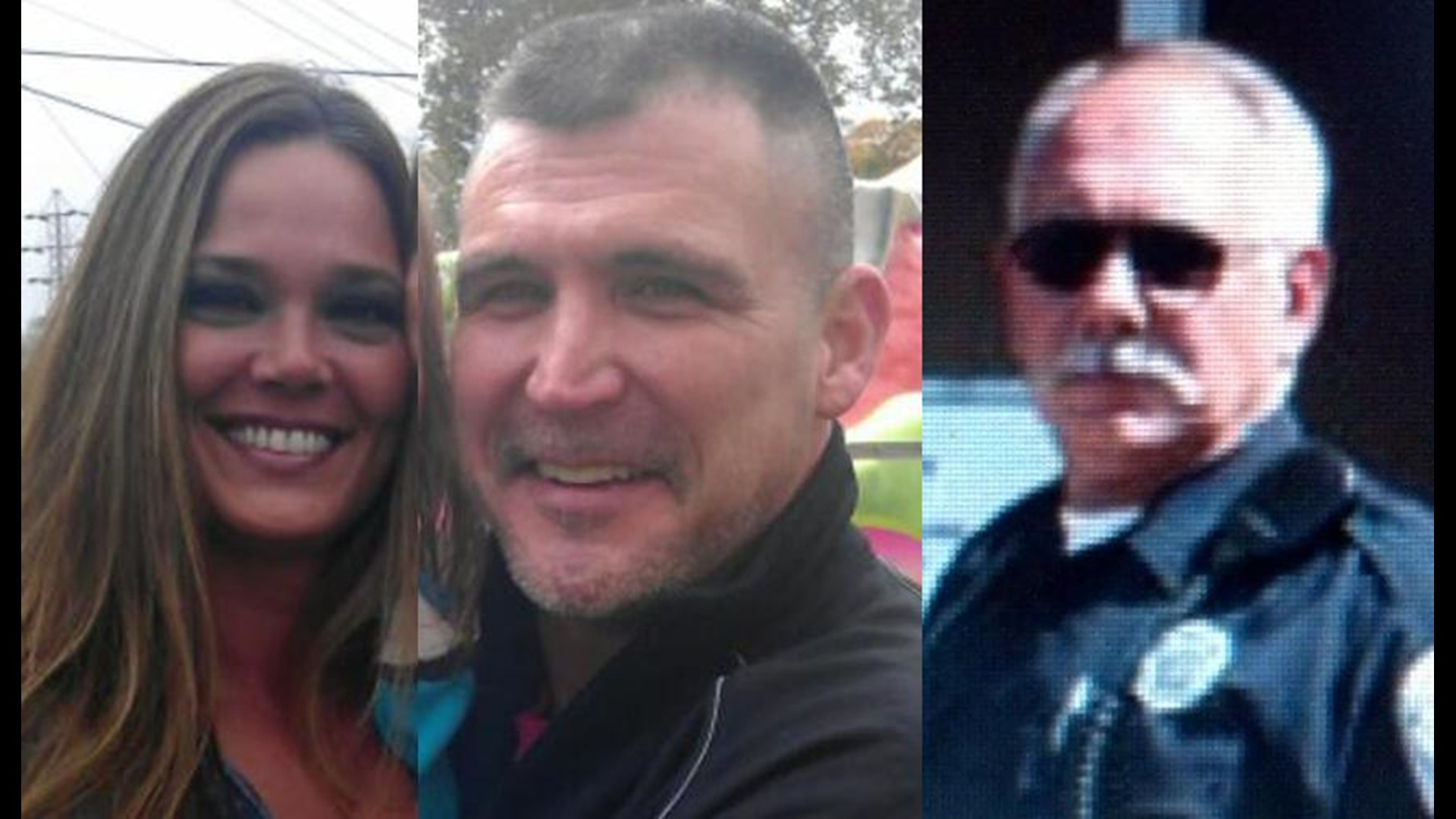 Police said a Lancaster police officer was one of three killed in a shooting early Tuesday morning.

According to police, the shooting occurred at about 1:20 a.m. in the 100 block of Cleveland Avenue in Lancaster.

Neighbors said they could hear people yelling overnight at the home, but never expected what would happen.

"We heard a scream and then I heard the sirens come out," neighbor Patty Troid said. "There were just cops, police officers everywhere."

Police said that they believed a man, identified as 40-year-old Kevin Adams, arrived at the home of his ex-wife, identified as 39-year-old Stephanie Adams, and found her with 56-year-old Lancaster Officer Randy Bartow, who was off duty.

“It's sad, my heart sank when I found out that, you know, not only was she my neighbor but my friend’s mother and the other man I've known since I was a kid,” said Kelly Bosch, a family friend.

The Adams were recently divorced and neighbors said Bartow was Stephanie’s new boyfriend.

Zelpha Barnhart lives next door to where the Adams' used to live.

"Kevin's a good boy. Hard worker, and he would do anything for you,” said Barnhart.

She said she was floored when they filed for divorce in May, but says the split was not ugly.

"He had come over and helped, at one point in time, to get some of her things, and she helped him get some of his, and it seemed like they were leaving on friendly terms,” added Barnhart.

Barhart said they continued to do things as a family for their granddaughter's sake.

And friends said they were all together on to celebrate Kevin's birthday on Sunday.

But family said something must have changed in 24 hours.

“It is just devastating because you never know I guess. I just thought so much of Kevin,” added Barnhart.