The snow started to fall around 9 p.m. in eastern Ohio, the area predicted to get most of the heavy snow. 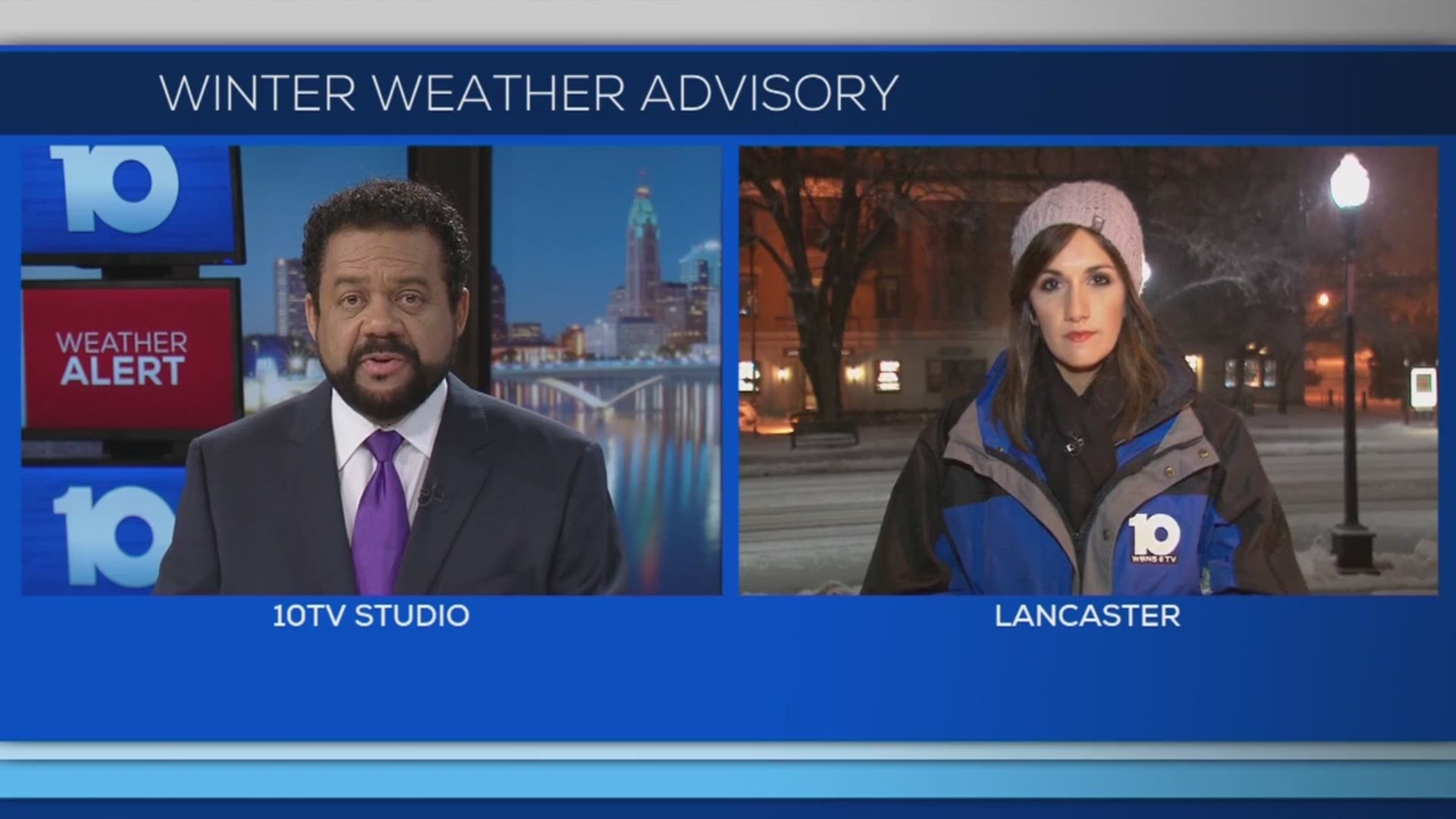 Snow plow drivers, police and paramedics prepared for a long night on the roads Monday while under a winter weather advisory in effect until Tuesday morning.

The snow started to fall around 9 p.m. in eastern Ohio, the area predicted to get most of the heavy snow.

For his crew, every second counts when a life is on the line. He says help is always on the way no matter what.

"Our biggest challenge is getting us out of the house; you know getting up the road. Their driveways are usually covered with snow,” McQueary said.

McQueary knew Monday night would be busy. He says there are always more rescue calls when it snows.

"There's a lot more accidents cause the roads are icy. Sometimes people fall out in the snow,” McQueary said.

His 24 hour shift will end at 7 a.m. on Tuesday along with two other paramedics who sat in the Lancaster ambulance and drove through the storm, prepared to help anyone in need.

"When we get a chance while the other two paramedics are helping out the patient the other one will come out and get the shovel out of the medic and help them out, shovel their driveway and salt,” McQueary said.

The snow chains on the ambulance will get the patients McQueary picks up, where they need to go.

The emergency lot at Fairfield Medical Center had already been salted and cleared before the snowfall Monday night.

Plant Engineering Manager at the hospital Chad Cupp, says Fairfield has 30 tons of salt on its property ready for use.

"You have sick people walking in here, you have people that are having a difficult time getting around. If you have ice and snow and they're having trouble getting in it impacts their time of getting care,” Cupp said.

Cupp says salt and shovels are at every hospital entrance and a contracted crew of six takes care of the property around the clock until the snow stops.

"We have guys that are out shoveling different areas that we can't get equipment to, we have guys on tractors,” Ron Beatty said.

Beatty owns Beatty Lawn & Tree Service. His company has kept sidewalks and parking lots clear for Fairfield Medical Center patients and employees for the last 5 years. He says it can be dangerous for patients walking into the hospital, so sometimes his guys will put down the shovels and offer a little more help.

"It's dangerous cause people are walking behind us all the time. Sometimes there's people that are injured and need to get in from their car, and sometimes we stop, help them in,” Beatty said.

Lancaster paramedics said in bad weather conditions, people should stay home if they don’t have to be out on the roads.

10TV News Mornings will begin early at 4 a.m. Tuesday to bring you the latest weather and road conditions.