Kasich Feels Assault Weapons Ban He Once Supported Was ‘Not Effective’

Ohio Gov. John Kasich says he will not recommend to Republicans in Congress which way they should vote on a proposed assault weapons ban. 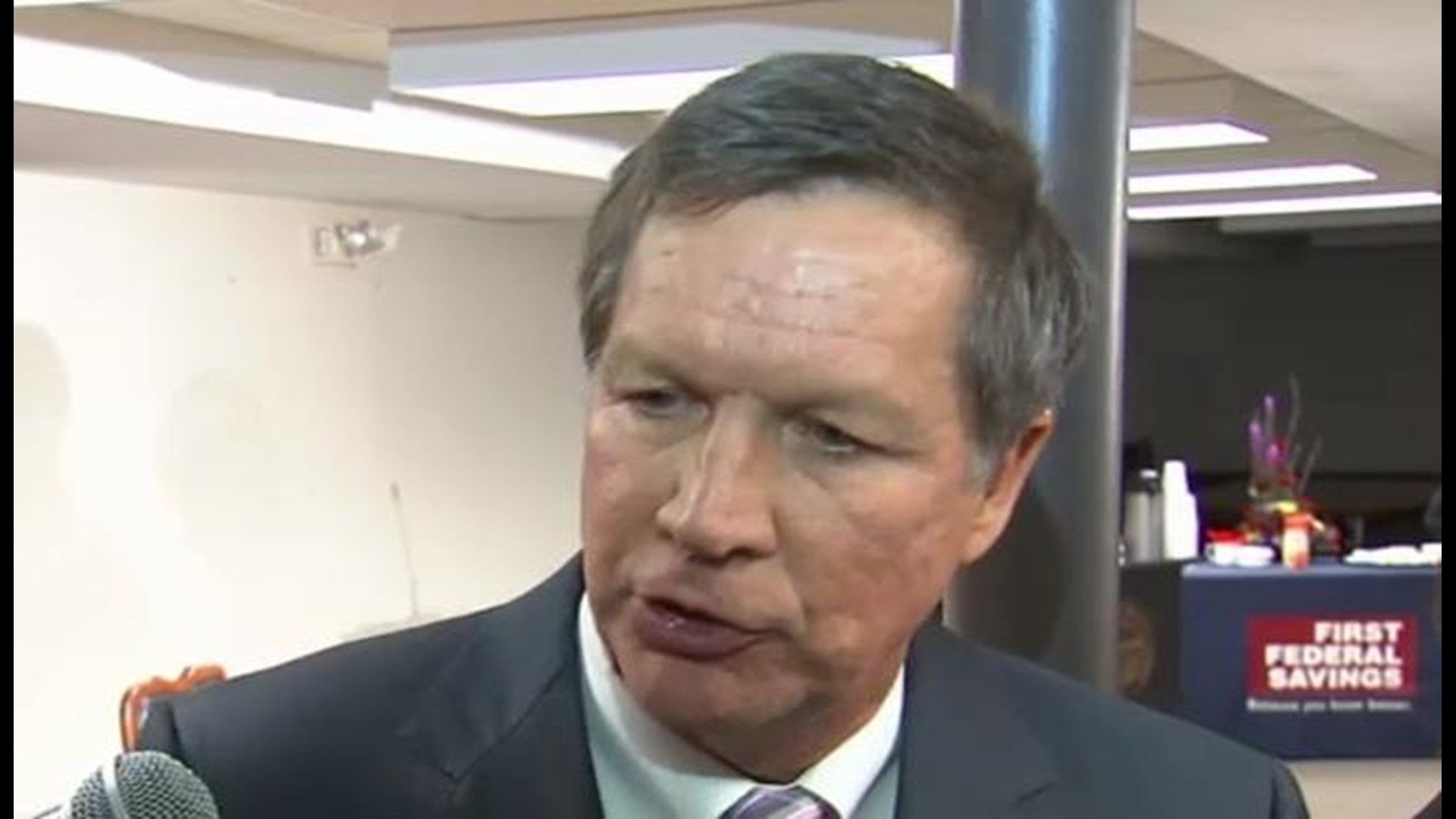 Gov. John Kasich said he will not recommend to Republicans in Congress which way they should vote on President Obama's proposed assault weapon ban, even though he supported it nearly 20 years ago.

"My feeling is it wasn't effective," Kasich told 10TV this week. "You know in our state, I just gave $5 million more for planning for people who are potentially violent and have mental illness."

Many Republicans are siding with the National Rifle Association and dismissing calls for an assault weapons ban, while arguing it's primarily a mental health issue.

"I don't think it's a partisan issue but people are concerned about what's going to be effective and what's not going to deprive citizens of their 2nd Amendment rights," Kasich said.

During the heated debate over the assault weapons ban in 1994, then Republican congressman John Kasich supported it.  He was among 46 members of the GOP who helped pass the bill by a narrow 216-214 vote margin.

The Columbus Dispatch quoted Kasich at the time saying that "an overwhelming number of calls to his office were against a ban on assault weapons, but he ignored them because he knew that the 'gun lobby' pays people to call."

In 1994, the National Rifle Association gave Kasich an "F" grade on gun rights.  That grade improved through the remainder of his congressional career, although the NRA and other gun rights groups endorsed his opponent Ted Strickland in the 2010 gubernatorial election.

The past two years Kasich has advocated gun rights legislation, and according to a spokesman for the Buckeye Firearms Association, that could help him earn their support next year.

"They have very strict gun laws in the District of Columbia and it's not worked very well," Kasich said.  "Everybody is looking at the right way to respond to this.  My focus is on what I believe is the most important part of this and that is a person who has violent tendencies who has nowhere to go."