Matt Hickey says he’s hopeful that when it comes time for Ajax to be auctioned, with the community’s support, he will continue to be the dog’s owner. 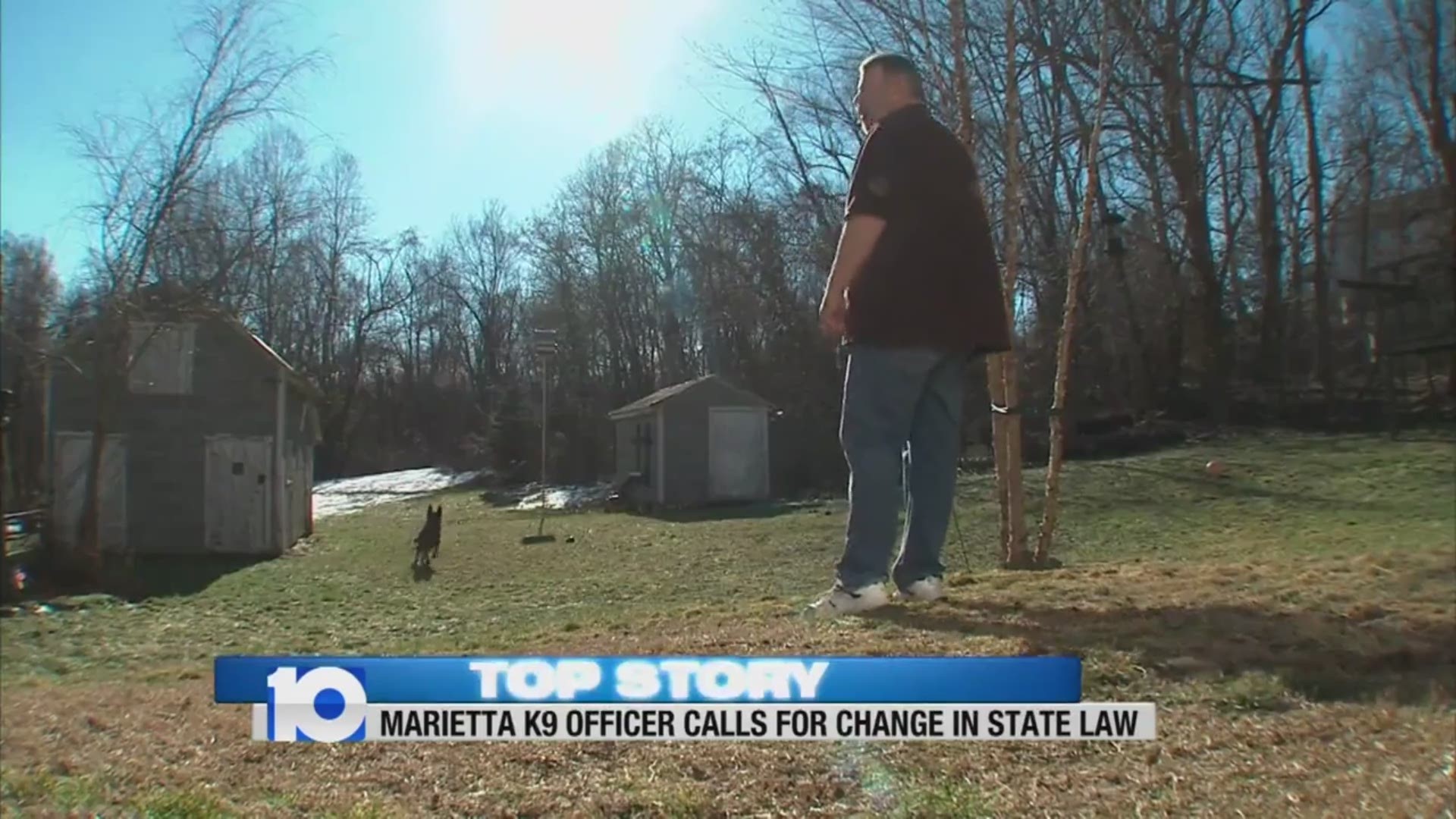 Time has a wonderful way of showing us what really matters.

And in three days’ time Matt Hickey knows exactly what that saying means.

“I really do appreciate it and I don’t know how I can ever repay the people,” he said. “I’m very touched by their enthusiasm.”

One week ago Hickey retired from the Marietta Police Department after 34 years. The last four years have been spent with a now almost six-year-old German Shepherd named Ajax.

At the end of his service Hickey had the understanding that he could purchase Ajax for $3,500. But, the day he retired, he was told he couldn’t have him.

Because Ajax is considered city property and is valued at more than $1,000 Hickey was told his partner would be sold to the highest bidder at a city auction. Hickey says the department will no longer have an officer qualified to handle Ajax, who is believed to have about six more years of service in him.

According to Hickey, the Marietta City Council voted to allow him to keep Ajax and care for him while an auction date is determined. Only someone qualified to handle the specially trained K9 will be allowed to bid on the animal.

But then, Corey Orr decided to step in.

He created a GoFundMe page that would help Hickey buy the dog at auction. It’s an idea that in three days has raised more than $45,000.

“It just goes to show how much a community can be brought together and how much they actually enjoy our law enforcement,” Orr said.

34 years on the force has weighed heavy on Hickey. He says he’s seen his fair share of anger and hatred. But now, after the events of the last few days, he says he knows there is still good in the world.

“Seeing this, it’s like, my goodness – I am so wrong,” Hickey said. “There is so much good out there and so many kind people and so many people who want to see a wrong righted.”

Hickey says he’s hopeful that when it comes time for Ajax to be auctioned, with the community’s support, he will continue to be the dog’s owner.

If Hickey does purchase Ajax, he says the rest of the GoFundMe money will go to other K9 units to purchase bullet-proof vests for dogs.