Jack Hanna on shooting gorilla: ‘The right decision was made’

‘Jungle’ Jack Hanna of the Columbus Zoo and Aquarium is speaking out after a rare gorilla was shot and killed in Cincinnati when a young child fell into the exhibit. 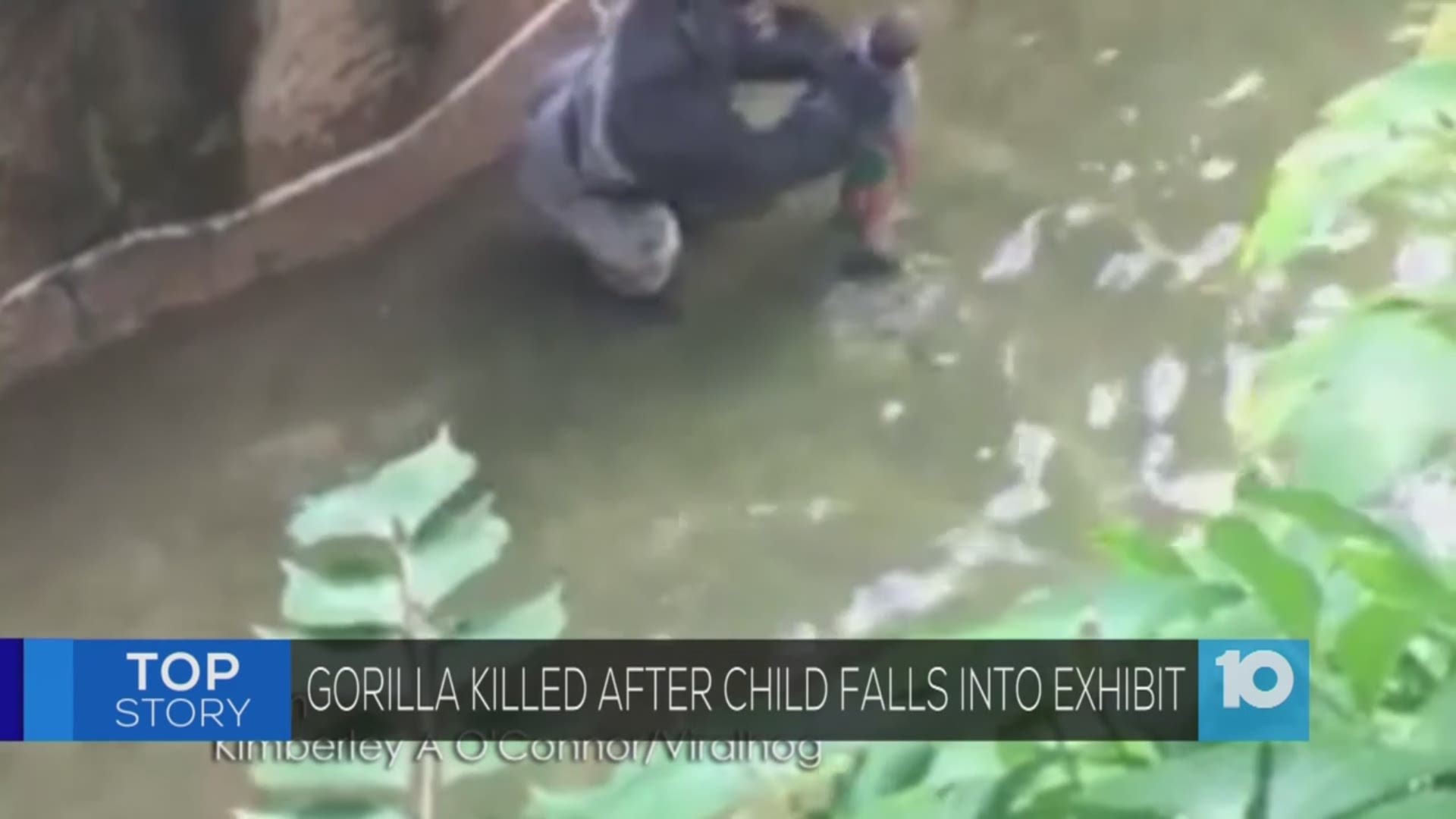 ‘Jungle’ Jack Hanna of the Columbus Zoo and Aquarium says there was no other option. The more than 400-pound gorilla could not be tranquilized, he was not responding to zookeeper calls and Hanna says killing him was the only option to protect the child.

He is speaking out after a rare gorilla was shot and killed in Cincinnati after a 4-year-old child fell into the exhibit.

He sat down with 10TV’s Laura Borchers to explain why the zoo officials made the decision to kill the 17-year-old gorilla named Harambe.

"Did you see how he jerked him? The minute I saw the video when he got jerked like that I said 'Oh God, I don't want to see the rest of this.' I know what would happen,” said Hanna. “I'll bet my life on this, that child would not be here today."

Hanna said the screams from the crowd above and the confusion of a child in his space had Harambe agitated. "I'm telling you their hands are this big, the power is not even measureable,” said Hanna.

He says despite his love of gorillas, tranquilizing was not an option. "It takes 5 to 10 minutes for a gorilla to lay down and go to sleep, so what's that male going to do if all the sudden 'pow' he feels this thing hit him? He's going to go back there, 'what is this thing?' pull it out, and he's got a child in his hand,” said Hanna. “We're going to have a disaster. Within one split second. You wouldn't even want to witness it."

People for the Ethical Treatment of Animals members are speaking out against the incident. PETA media coordinator, Sophia Charchuk, tells 10TV:

Yet again, captivity has taken an animal's life. The gorilla enclosure should have been surrounded by a secondary barrier between the humans and the animals to prevent exactly this type of incident. Gorillas have shown that they can be protective of smaller living beings and react the same way any human would to a child in danger. Consider Binti Jua, the gorilla who carried a child to a zookeeper's gate. Even under the "best" circumstances, captivity is never acceptable for gorillas or other primates, and in cases like this, it's even deadly. This tragedy is exactly why PETA urges families to stay away from any facility that displays animals as sideshows for humans to gawk at.

EJ Blade said he and his 5-year-old son love animals, so he took young Eziah to the Columbus Zoo Monday. EJ said after seeing the video of Harambe dragging the child through a small moat inside the Cincinnati Zoo, his parenting habits are changing. He says he is keeping an even closer eye on his son.

"I let him watch, but if he wants to get up and he can't see, he's not standing on the rails,” said Blade. “I'll pick him up and hold him so I can ensure he's won't fall in or anything like that. This is the animals home. We want to observe but not disturb."

Columbus Zoo staff says they currently have 3 living spaces for their 17 gorillas, and have plans to build a more open habitat. They say that project would not happen for about a decade.