10TV’s Jerry Revish sits down with Jack Hanna to discuss the controversial decision on the shooting of animals during the Zanesville exotic animal release. 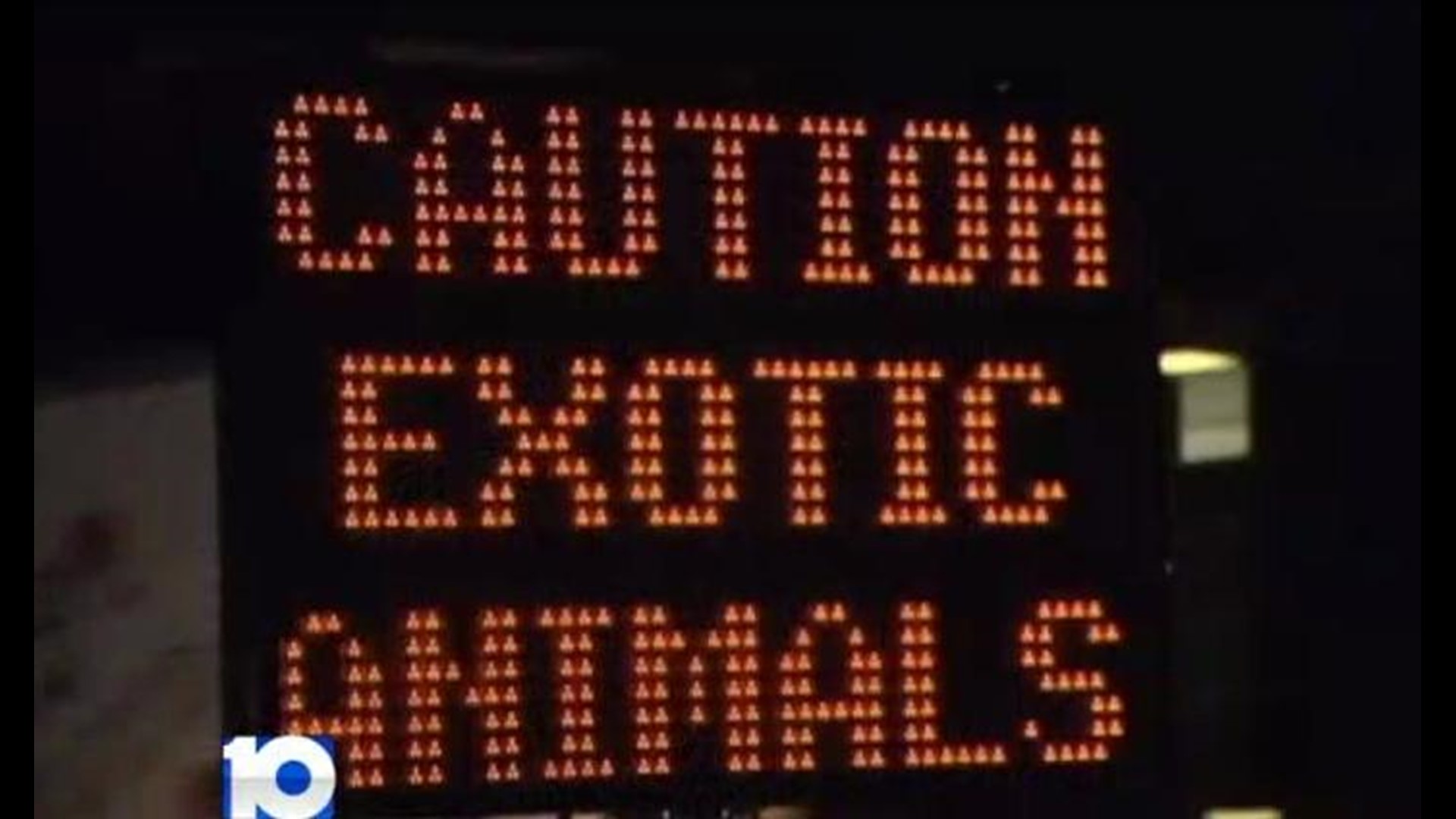 Columbus Zoo and Aquarium Director Emeritus Jack Hanna has taken a lot of heat for backing the decision to kill the exotic animals released on a Zanesville farm last year.

Hanna, who has spent his career protecting animals, said that the decision still haunts him – but he stands by it.

“When I heard the situation, there was no choice,” Hanna said. “Unless you wanted to lose some little children. I don’t know if we would have caught them in a week.”

Hanna had just finished a speech at Penn State in State College, Penn., on the night of Oct. 18, 2011. He first heard about the situation from a zoo official who called him.

“He said, ‘Jack, they’re shooting tigers right now in Zanesville. You’ve got to get here,’” Hanna said. “Just like that, I hung up. I said, ‘What in the world?’”

He immediately hopped into a zoo van with an assistant, who drove him straight to Zanesville. He remembered seeing an electronic billboard off of Interstate 70 as he got close to the scene.

When Hanna arrived at the command center near the Thompson Farm, Muskingum County Sheriff Matt Lutz briefed him on the nightmare that he would face. He knew there was no choice but to shoot.

“That was the most difficult thing that has happened in my entire career,” Hanna said. “Here I am saving animals all my life, and now having to put the animals down. Killing upsets me.”

The Zanesville events made news – and history – around the world. News reached Hanna’s daughter, Kathleen, who was living in England at the time.

“My daughter calls me, ‘Dad, why are you shooting these animals? It’s all over the front page of The London Times here,’” Hanna said.

Hanna said it also was a problem with people trying to take pictures of the dead animals. He said officials made the decisions to bury the animals near the Thompson property.

“We did that, because that first night, somebody went up there with a car and opened the trunk and tried to put a lion in the back and show everybody what happened up there,” Hanna said.

In the year that has passed since Terry Thompson released the animals, one thing has haunted Hanna.

“One question, Jerry, and I’ve never said this on air, is what puzzles me is how he would cut open the sides of all those enclosures and open all those gates, wouldn’t three or four animals get out before the rest got out?” Hanna said.

Hanna said that the one big unanswered question was did someone help Thompson release the animals before he shot and killed himself.

Everywhere Hanna goes, he starts each speech by talking about the Zanesville wild animal release and mass killing. He explains why there was no way all of the animals could have been tranquillized at once and how his first priority was public safety.

“So, you see the dire consequences that would have come out of this thing had it gone the wrong way,” Hanna said. “I still say the good Lord was watching over Zanesville, Ohio. That’s still the most amazing thing. If I had to put bets in Vegas on this that they’d get all these animals, I’d say there’s no way this could happen. No way this could happen.”

The events did happen and prompted a new law to regulate exotic animal ownership in the state.

“That’s what worried me the most, that something else would happen, and I had no comeback for the state of Ohio,” Hanna said. “I had no way to defend what was going on in the state.”