The federal government spent billions to help schools navigate the pandemic. But some districts say the funding formula used to pass out that cash, wasn't fair. 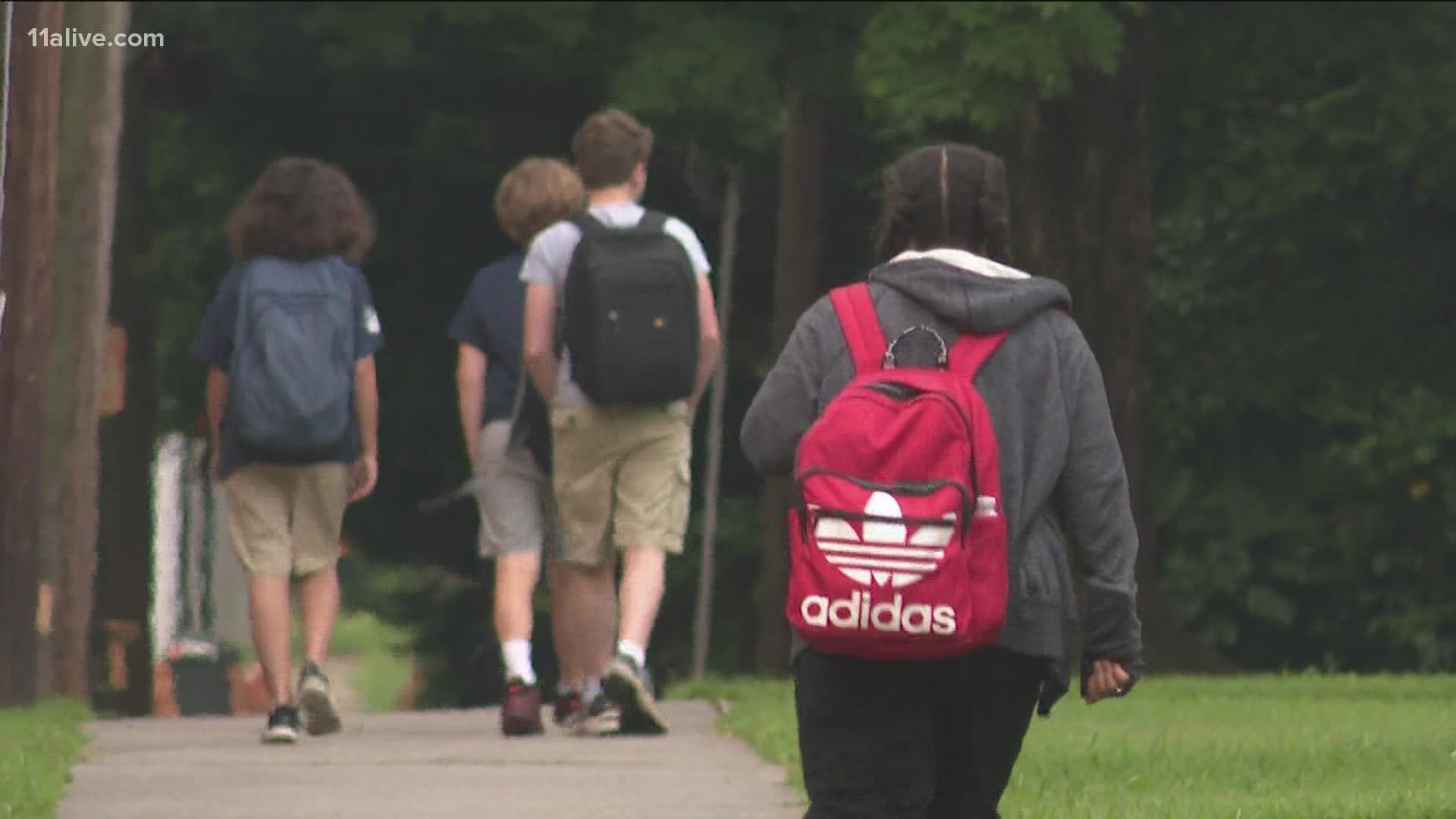 ATLANTA — Just about every school district used money from the CARES Act to offset state budget cuts, pay for summer school and to buy things like hand sanitizer and masks. But after that - the purchases vary widely.

Fulton is launching a $90 million plan to improve reading test scores. While Cobb and Dekalb have pledged millions to reduce class size.

Metro districts definitely got the largest chunks of money, with DeKalb County School District on top with more than $500 million. But if we arrange districts by enrollment the list shuffles a bit. Suddenly, Atlanta Public Schools drops off the list and Cobb takes its place.

That’s because the money wasn’t divided evenly, it was weighted toward districts with low income students, based of Title I funding.

RELATED: Some Ga. schools saw an increase of students drop out during the pandemic, numbers show

“Let’s just say that ours was less than half of one percent. If that’s the case then, that’s how much of the state grant we would get,” Larry Hammel, the Chief Financial Officer for the Forsyth County School System, explained.

Hammel is among those frustrated with how Congress chose to divvy the funds.

“We’re the sixth largest school system, we’re probably one of the highest achieving school systems, but we got the least amount of money in the entire state.”

That’s true when you look at the money in terms of dollars per student. Forsyth essentially received $517 per student to manage the impacts of COVID-19. On the other end of the spectrum, Odyssey Charter school in Coweta County received $34,904.

“I could make the argument that we were in the same boat as every other school system in the state of Georgia. We didn’t know what was going to happen. We have 50,000 students. We had to find supplies to take care of these students,” Hammel defended.

Odyssey is an unusual case, due to another stipulation in Title I, the school still gets a portion of funding for 13,000 virtual students that used to attend the school. These days, it only has about 400 face-to-face students. So that chunk of change from the feds is going toward some pretty cool stuff.

“They have a new playground over here,” said Constance, a mom waiting in carpool to pick up her seven year old daughter. She described how the school has that feel and smell when things are new.

The principal wouldn’t talk with us about how the school was spending the money, but did give us a copy of the budgets submitted to the Department of Education for approval.

“They got a new addition to the building, they redid everything,”Jolisa, a mom with three children attending Odyssey, said.

According to the budget reports, the school has asked the Georgia Department of Education to use the money to purchase 500 new computers, new desks, chairs and hire more teachers.

Odyssey even requested $350,000 to buy an emotional support dog. When the state questioned the purchase, Odyssey withdrew the request.

The DOE says each district submits a plan on how they want to spend the money. There are rules built into the CARES Act to review the requests and make sure the funding requests are in compliance. It is only after the budget is approved that districts can ask for reimbursement for purchases.

“I do feel like it helps the education because I feel overall the whole school is happy,” Jolisa said.

Other districts wish they could share in that joy. Even when you set Odyssey aside, the funding gap between the districts with the highest enrollment is extreme from $500 million for Dekalb to $26 million in Forsyth.

Hammel says the district has stretched the money the best it can. It is upgrading two elementary school HVAC systems and supported bus drivers.

“A lot of our bus drivers weren’t working because there’s no kids to drive. So we used the majority of that money to offset not having to furlough bus drivers,” Hammel explained.

Hammel doesn’t begrudge any district for getting more money, but he says the cost for fogging equipment to combat the virus and sick pay for teachers in quarantine is the same – regardless the economic status of the student.

Had the money been divided evenly by student, Forsyth would have received $169 million instead of $20 million.

“This is money that was supposed to make schools whole,” Hammel said. “And I don’t think we’ve been made whole.”

MORE FROM THE REVEAL: