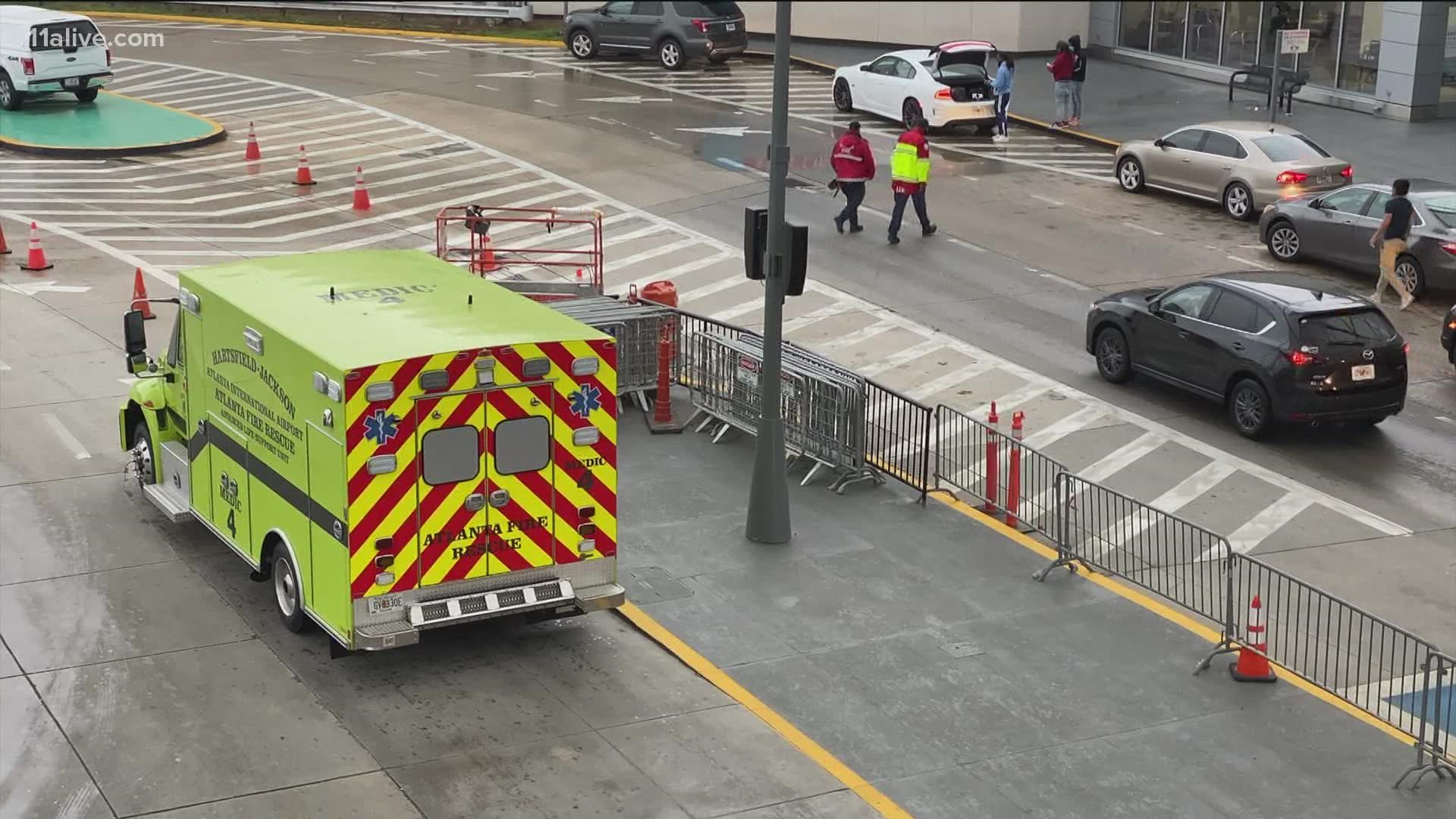 11Alive's investigative team, The Reveal, exposed the delays in emergency response at the airport while looking into the case of a woman who fell and dislocated her hip. It took over an hour and half for an ambulance to arrive at the main TSA checkpoint to help Carol Chapman.

RELATED: Cop: Nation's busiest airport only has 'one damn ambulance'

The fire sergeant and police sergeant are heard on the video discussing how many ambulances they have to cover the busiest airport in the world.

"So that tells me you only have one ambulance working today," the Atlanta Police sergeant questioned.

"We should have two," the Atlanta Fire sergeant responded.

Bheodari told the city council the airport has five ambulances, but two of them are out of services getting repairs that have been delayed six months due to alleged equipment shortages.

According to the Atlanta Fire Department, only four of their ambulances are assigned to the airport.

The Reveal has reached out to the airport for answers on the number discrepancy.

In response, an airport spokesperson said the fifth ambulance is "designated as an infectious disease ALS unit; the unit is called into service for other calls only during life threatening incidents."

That fifth ambulance claimed by the airport appears nowhere in more than two years of EMS response data, obtained by The Reveal through a public records request, covering thousands of medical calls at Hartsfield-Jackson.

During the city council meeting, Bheodari admits to the shortage and said they will be addressing it by renting two ambulances.

“Once we were informed of that [shop delay], the deputy fire chief - airport section, started looking for availability of ambulances in the market to rent. We are currently onboarding two additional ambulances here at the airport…we expect one ambulance should arrive — if not two — by Friday of this week to augment our existing fleet," Bheodari said.

The Reveal discovered the closest and busiest fire station on the airport grounds was demolished to make way for five new passenger gates.

A spokesperson for the airport told us that Fire Station 32 was temporarily closed but they "are confident that with the reassignment of personnel and enhancements to emergency response patrols, the airport will not experience any degradation in services." That statement was given the day before Carol Chapman sat on the floor of the TSA check line waiting for an ambulance.

During the meeting, Bheodari also referenced another delay, which was exposed by The Reveal in May. Thomas Lawson collapsed in the South Economy parking lot in November. His wife called 911, but it took 22 minutes for medical personnel to get there and start CPR.

Bheodari said the cause of the delay "was not about the location of our station or where there were reporting from" but due to the crew getting lost on their way.

An analysis of thousands of medical runs before and after the closure of Fire Station 32 shows an overall increase in the average EMS response time of more than two minutes, airport-wide.

Those numbers are skewed by response times for Engine 32 and Medic 1, which jumped 65-percent. Both of those Advanced Life Support EMS units used to be parked right next to the domestic terminal when Fire Station 32 was still standing.

The airport director admitted to council what we first revealed, that EMS is a "secondary function" of the airport's fire rescue units. That is because the FAA requires fire trucks for planes, not ambulances for passengers.

MORE FROM THIS INVESTIGATION:

Cop: Nation's busiest airport only has 'one damn ambulance'