Hankison was fired by LMPD for violating standard operating procedure the night of Breonna Taylor's death. 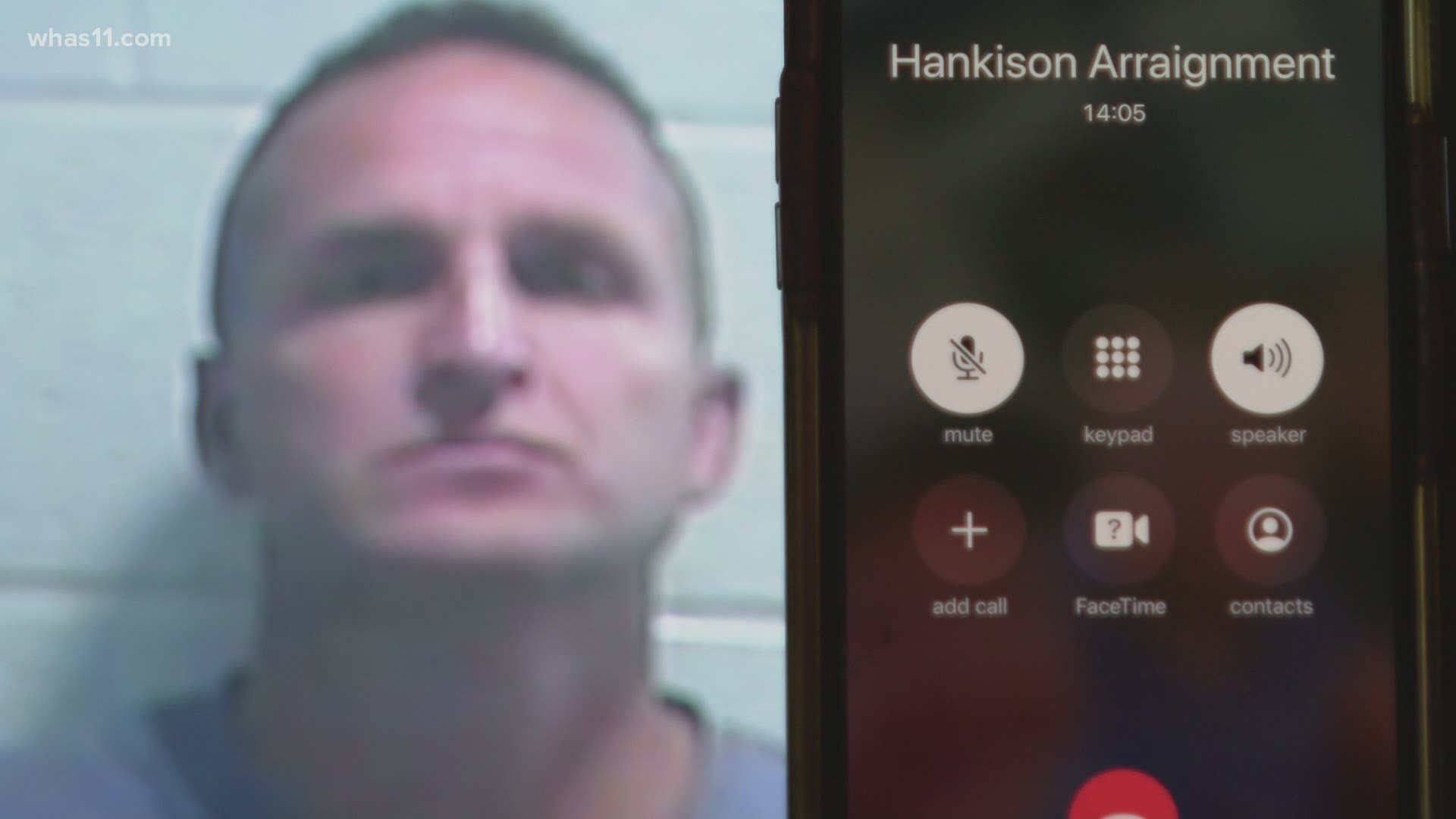 LOUISVILLE, Ky. — Brett Hankison has pleaded not guilty after the Jefferson County grand jury indicted him on three counts of wanton endangerment for his actions the night of Breonna Taylor's death.

Attorney General Daniel Cameron said the former LMPD officer fired multiple shots that went into a neighbor's apartment, endangering three people. No other officers identified in the investigation were indicted.

Hankison will not be able to have any firearms, as a condition of his bond.

His attorney told the judge he's been threatened a number of times and asked if he could keep weapons for self defense.

"Um, no," Judge Ann Bailey Smith said Monday. "People that are in this court charged with instances that involve firearms, I do not allow them to possess any firearms at the condition of their bond."

Hankison's name also on the docket hours earlier for a civil hearing.

His charges have no connection to Breonna Taylor's death, instead they're related to the three neighbors living next door, who are suing Hankison.

Judge Judith McDonald-Burkman ruled that in light of Hankison's criminal case, any requested discovery during the civil suit will need approval by the court.

Hankison was fired after interim Chief Robert Schroeder said he violated standard operating procedure for use of deadly force and obedience to rules and regulations the night of Breonna Taylor's death.

In his termination letter, Schroeder said Hankison had previously been disciplined on January 9, 2019 for reckless conduct that "injured a (sic) innocent person present."

Hankison was booked into the Shelby County Detention Center following Cameron's announcement, posting his $15,000 bail. He was released around 30 minutes later, the jail told WHAS11.

Cameron said his office will "vigorously prosecute" the charges against Hankison. The wanton endangerment charges are felonies, and Cameron said each charge is punishable by up to five years in prison.