Family attorney Lonita Baker told said the family is appreciative of the support of protesters who have gathered for 121 days following Taylor’s death in March. 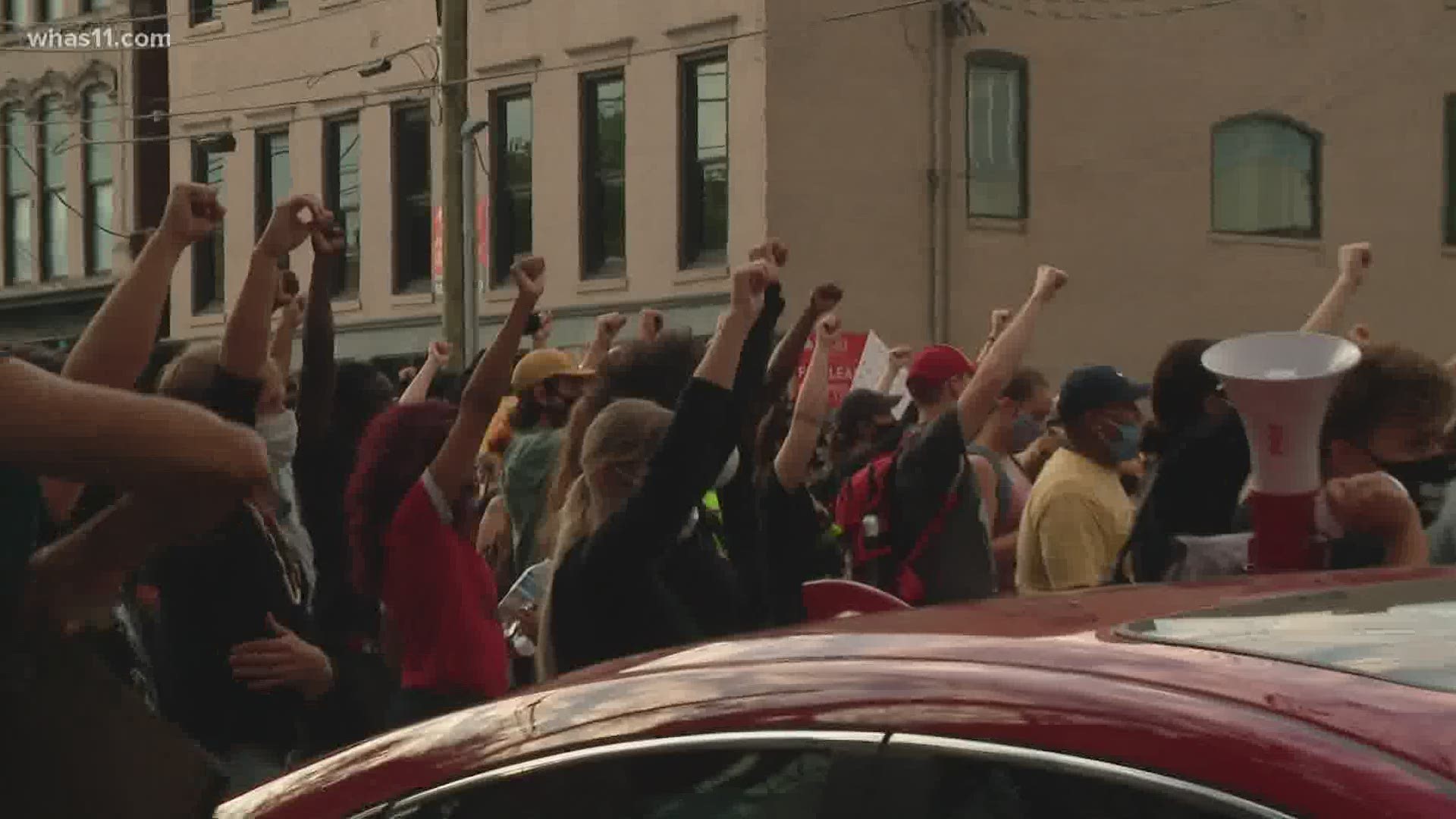 LOUISVILLE, Ky. — Members of Breonna Taylor’s family joined hundreds of protesters in demanding change as they resumed marching through the streets of downtown Louisville Friday evening.

Family attorney Lonita Baker told WHAS11 Friday evening that the family was appreciative of the support of protesters – who have gathered for 121 days following Taylor’s death in March.

Earlier this week, a grand jury did not return any state criminal charges against three LMPD officers involved in the shooting that claimed Taylor’s life.

Kentucky Attorney General Daniel Cameron said two of the LMPD officers – Myles Cosgrove and Sgt. Jon Mattingly – were justified in returning fire after they were fired upon by Kenneth Walker.

Taylor was fatally shot in the gunfire. An FBI ballistics examination said that Cosgrove fired the fatal round, Cameron said this week.

RELATED: 5 things we learned about the Breonna Taylor case from Daniel Cameron's announcement

On Wednesday, a grand jury returned an indictment of three wanton endangerment charges against LMPD officer Brett Hankison – he’s accused of firing bullets that entered a neighboring apartment. He posted $15,000 bail this week.

While the city of Louisville provided the family with a $12 million legal settlement, Baker said the family still has concerns about the grand jury process and what questions and evidence were presented to the grand jurors by Cameron and his office.

“As we stated in our press conference we definite want transparency through this grand jury process – we want to ensure that a fair grand jury process was done,” Baker said. “We want Daniel Cameron to answer the question – did you even present charges to Breonna Taylor – and if you did not  - you need to say that. You can’t say that Cosgrove and Mattingly were justified if you never presented that question to the grand jury.”

For 121 days, protesters have continued to demand change – beginning many gatherings at Jefferson Square Park in the heart of downtown Louisville.

The city closed most vehicle traffic coming into downtown earlier this week in anticipation of the grand jury decision.

RELATED: Everything we know about the Breonna Taylor case

“I am in pain right now; my heart feels empty over the fact that we basically got a lack of justice for Breonna Taylor. Her neighbors walls got better justice that Breonna Taylor did,” said Israel McCullough, who said he’s been protesting for 118 days. "Through my tears and my voice. I have been saying her name. And I will continue to say her name that the days that we are out here.”

Through 9 p.m. this evening, the protests had resumed throughout the streets of Louisville.

An LMPD spokesman said that there were two arrests near Hancock and Main Streets. Police also fired a couple of flashbangs – forcing the crowd to re-route itself back towards downtown along Market Street.