Why was no one charged for shots fired into Breonna Taylor's upstairs neighbor's unit?

Stanley David lived in Apartment 8, just above Taylor. David told WHAS11 two bullets tore into his home the night of the shooting. 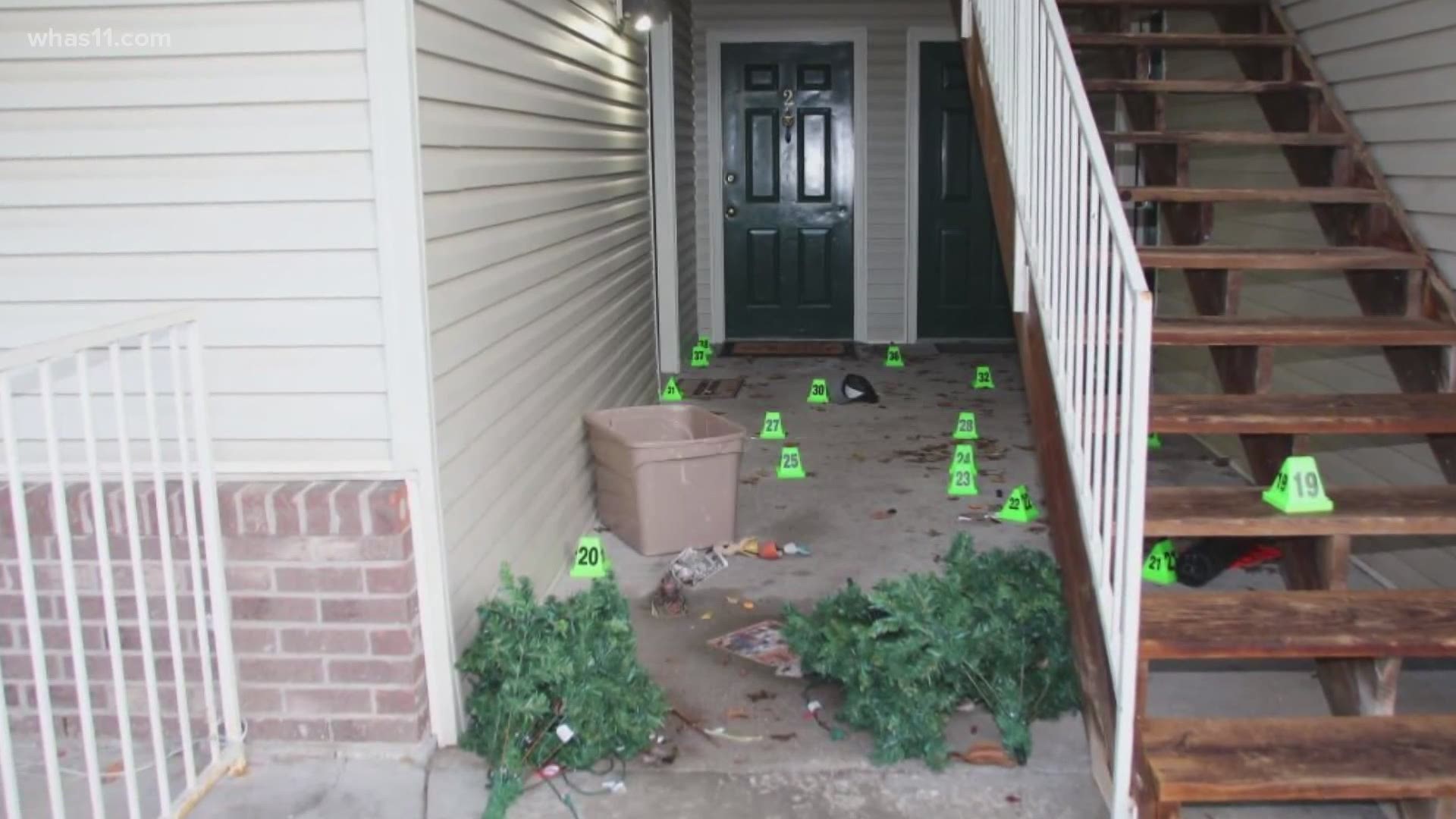 LOUISVILLE, Ky. — While former LMPD detective Brett Hankison was indicted for firing into a neighbor's apartment the night of Breonna Taylor's death, a different neighbor also had bullets that flew into his unit.

Stanley David lived in Apartment 8, just above Breonna Taylor. While he has moved out since the night, David told WHAS11 two bullets tore into his home the night of the shooting: one through the hallway and another passing in front of his bedroom door.

A photo from Taylor's apartment shows two bullet holes in her ceiling. Additional photos show where they landed in David's unit. Still, there were no wanton endangerment charges for his life.

Credit: Photo provided to WHAS11 News
One bullet hit through the hallway of David's home and the other passed in front of his bedroom door.

"There should have been no difference in charging wanton endangerment," said Joan Toni Stringer, retired judge and former grand jury adviser. "Unless they have some ballistics or something like that to show those were not his bullets that went through the floor – but they were somebody's bullets."

Questions also remain as to why no one was held accountable for Taylor's apartment, which was riddled with bullets.

"No mention of her at all in the wanton endangerment charges or any other charges is inconsistent with the evidence that was presented to the grand jury," Stringer said.

Stringer said the FBI's ongoing investigation may bring forth charges, but she said there shouldn't be any reason why the grand jury left out David's unit in charging wanton endangerment unless Daniel Cameron didn't present the evidence.

There has been no word on when the FBI's investigation may conclude.