It isn't just Shameka Parrish-Wright who has been fighting for racial justice and police. 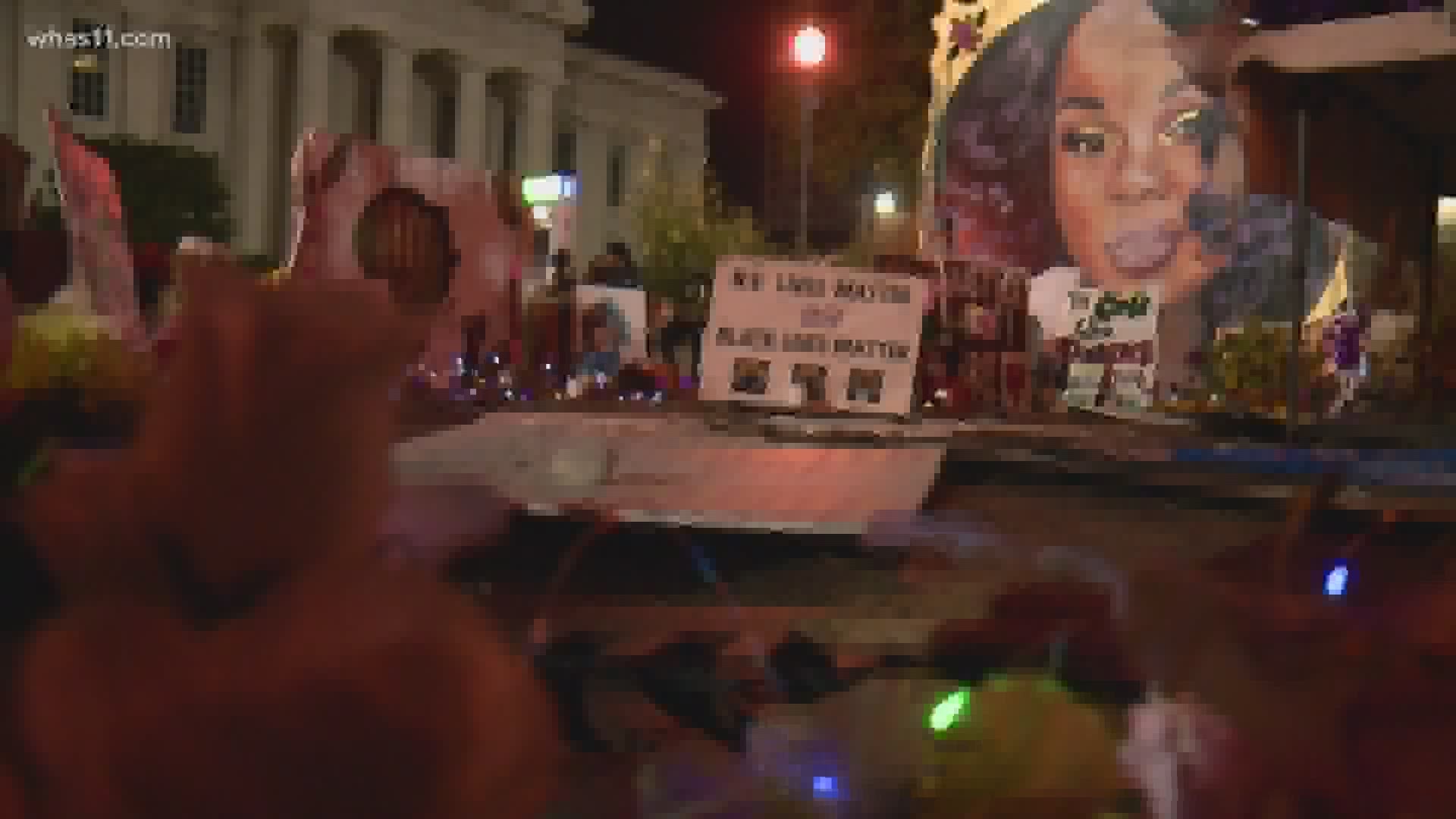 Fighting against racial injustice is nothing new for Shameka Parrish-Wright. She serves as the operations manager of The Bail Project and is a co-chair for the Kentucky Alliance Against Racist and Political Oppression, and she's been a familiar face during the protests in Louisville calling for justice in the death of Breonna Taylor.

"The same women that organized Injustice Square Park, what we renamed Jefferson Square Park, are the same names that went to Ferguson when Mike Brown was killed," Parrish-Wright said. "I was in Miami when Trayvon Martin was killed."

And it isn't just Parrish-Wright who has been fighting for racial justice and police reform. Other Black women, like Rhonda Mathies and State Rep. Attica Scott, have also become familiar leaders.

"Women, not just black women, but especially black women, are always expected to heal, to mend, to fix and so, but they don't listen to us when we're making real decisions that impact the community," Parrish-Wright said.

Thursday night, Parrish-Wright, Scott and Mathies were among several people who were arrested by Louisville Metro Police. They were released Friday morning.

"There's no way this is going to stop me," Scott said. "We still have to get justice for Breonna Taylor. That doesn't stop. The movement continues."

"We're going to make a difference in this community," Mathies said. "Systematic racism is going to be dismantled in Louisville, Kentucky."

"I was cut by the pliers they used to cut off the handcuffs yesterday," Parrish-Wright said. "They heal in a different way, they take a different kind of medication, but the healing power that comes from being united is what gives me strength, is what feeds my soul and what keeps me going."