Photos show dozens of shell casings outside the apartment and bullet holes throughout every room of the house. 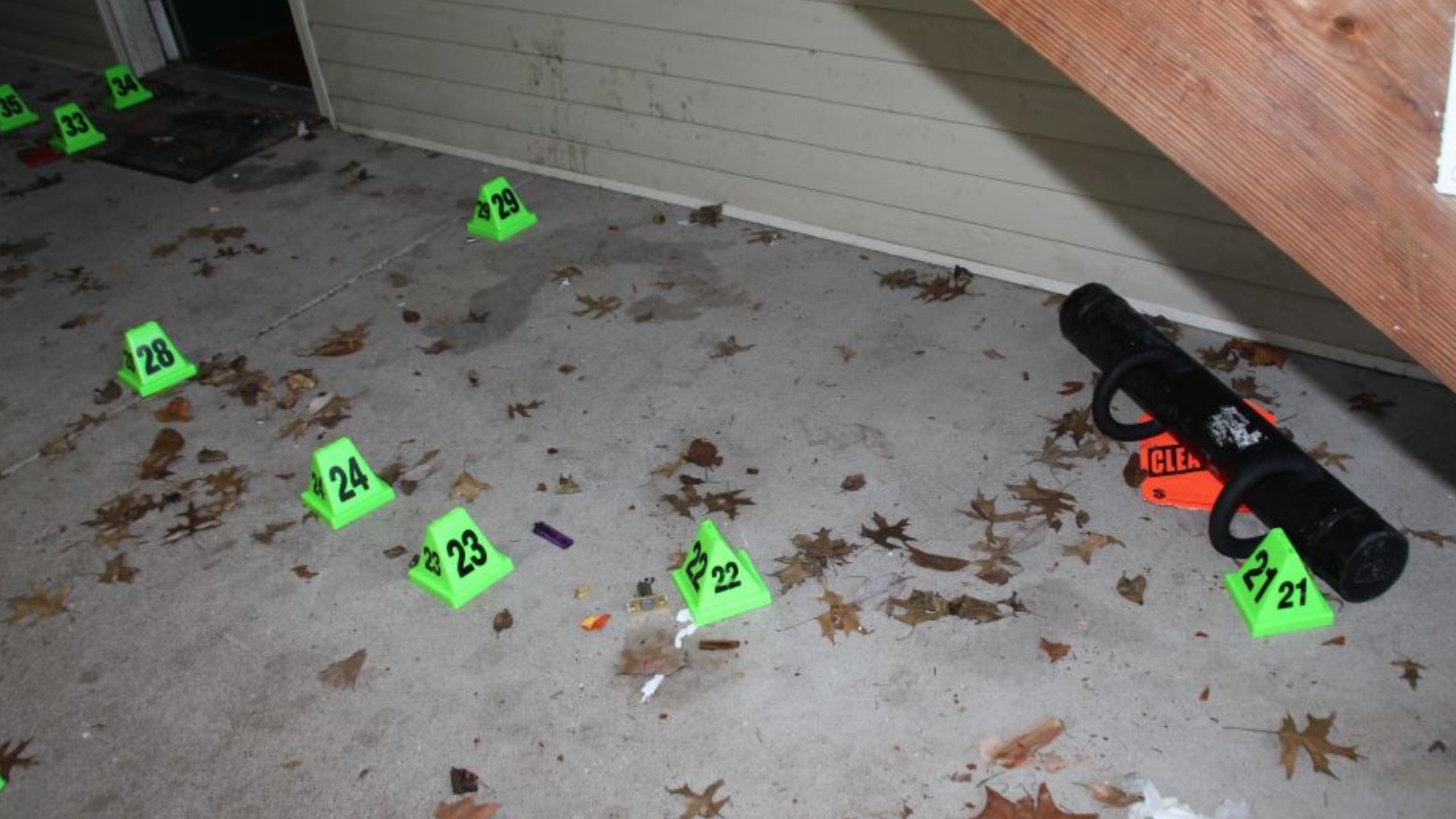 LOUISVILLE, Ky. — More than 1,200 photos obtained by WHAS11 show inside and outside Breonna Tayor's apartment hours after she was killed.

The pictures, taken by investigators, show the chaotic scene that has since been described by police and witnesses who were there the night police executed a search warrant at the apartment.

Green evidence markers outside the front door show dozens of shell casings in the breezeway of the complex. The battering ram used to get inside the apartment is pictured next to the door.

The view from the front door shows where Sgt. Jonathan Mattingly entered the house. In a police interview, Mattingly said he saw Kenneth Walker standing in front of him, pointing a gun.

"I'm face on, about 20 feet away. Right down the hallway, there's a bedroom door on the right. And there's a male and a female, the male is closest to the door, so to my right," Mattingly said. "I turned the doorway he's in a stretched out position with his hands, with a gun, and as soon as I clear, he fires boom."

Walker said he fired one shot. Mattingly and two other officers returned fired.

A view from outside of the building shows where former detective Brett Hankison fired from, blinds and curtains blocking the view through a sliding glass door.

Investigators said he couldn't have known where he was shooting, with LMPD Chief Robert Schroeder saying he "blindly" fired in his termination letter.

The door was shattered, bullet holes sprayed across the dining room wall in the next room.

Breonna Taylor died in her apartment.

"When all the shots stop, I'm like panicking," Walker said in his interview. "She's right there on the ground like, bleeding and…and…yeah."

Mattingly was taken to the hospital with a gunshot wound in his leg. Commonwealth's Attorney Tom Wine later said a wallet might have saved him from bleeding out. Photos of the wallet show where the bullet passed through.

The photos are all in the hands of Attorney General Daniel Cameron's office. While rumors have circulated about when he may make an announcement, Cameron said Wednesday he will provide an update when the investigation has concluded.

RELATED: Daniel Cameron: 'Rumors do nothing to advance justice' in Breonna Taylor case

RELATED: Piecing together the night of Breonna Taylor's death