The attorney for Kenneth Walker said a ballistics report conducted at the start of the investigation doesn't match up with Cameron's report. 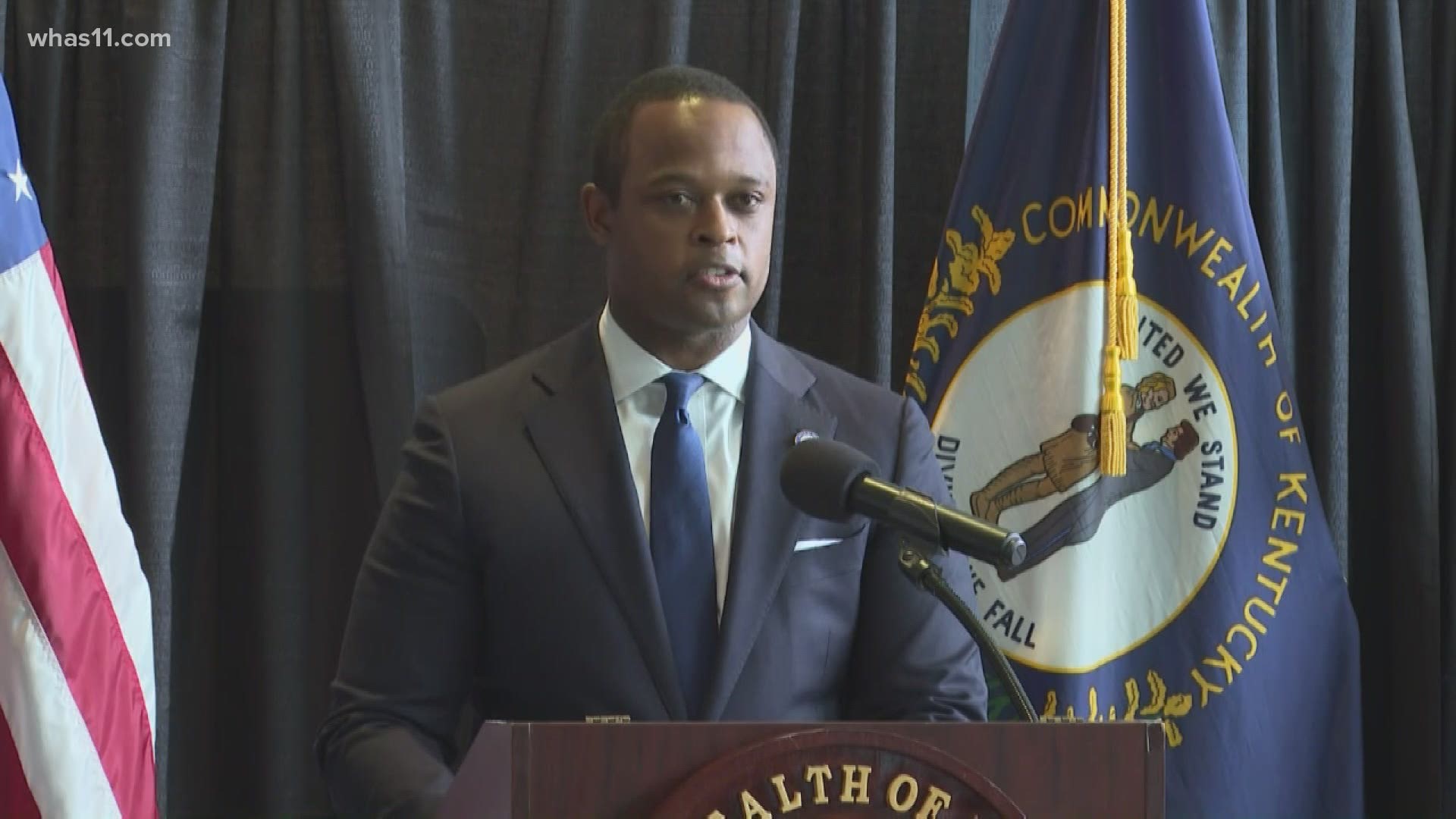 LOUISVILLE, Ky. — There are new calls for access to evidence in the Breonna Taylor case after Kenneth Walker’s attorney said a Kentucky State Police ballistics report, conducted early in the investigation, contradicts what Attorney General Daniel Cameron said in his report.

According to attorney Steve Romines, “The KSP ballistics report explicitly does not conclude that Mattingly was struck by the single round from Kenny Walker’s gun and to state otherwise not only misrepresents the ballistics test but is categorically false. If the FBI report states otherwise, there is no valid reason to withhold it."

This is in response to Cameron’s statement on the shooting during his Sept. 23 press conference.

RELATED: 'Cameron is not telling the whole truth': Attorneys call for findings in Breonna Taylor case to be released

The attorney general said Sgt. John Mattingly was the only officer to enter Taylor’s apartment and was struck by one bullet from Walker’s gun.

Attorneys and the family of Breonna Taylor are asking Cameron to release the report as well as grand jury transcripts related to the case.