Rep. Attica Scott released from jail after arrest during protests

Rep. Scott said she was trying to get to First Unitarian Church, a "safe zone" for protesters when she was arrested. 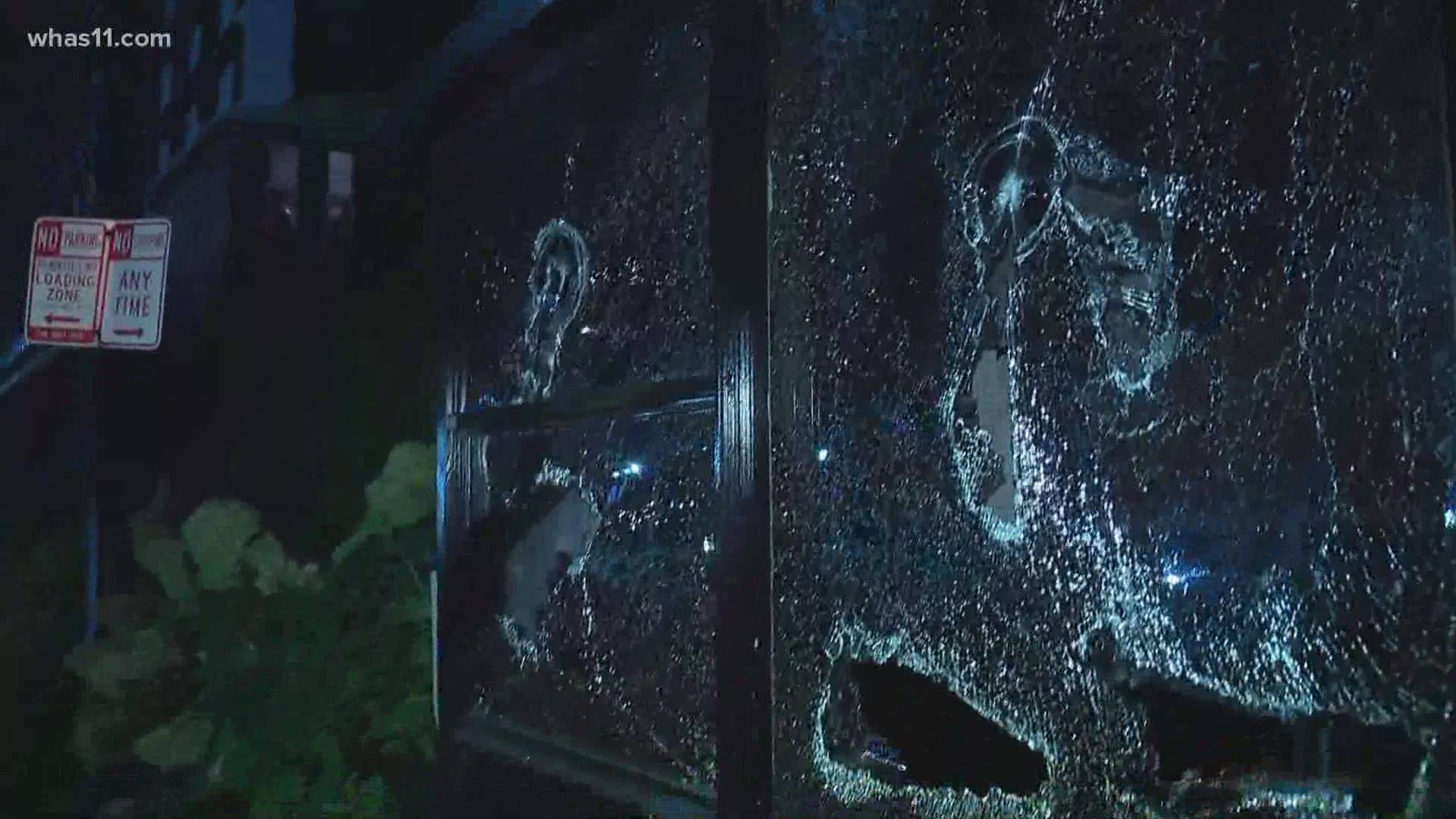 Upon her release, Scott met with supporters outside the jail. She said she was arrested while trying to get to First Unitarian Church, which was open as a sanctuary for protesters.

“The police immediately jumped on us, yelling, ‘Circle them, circle them!’ and arrested us,” she said. Louisville Metro Police said that Scott was arrested "without incident."

Scott said she had never been arrested before and was “pretty shocked” by what she experienced that night. She also said she was with her 17-year-old daughter at the time.

“We were shackled, on the ground for about an hour before they put us in their wagon,” she said. Scott said she was one of 17 women taken to Metro Corrections during the protests Thursday night.

“We had each other,” Scott said.

According to Metro Corrections, Scott was charged with rioting in the first degree, failure to disperse and unlawful assembly. She said the arresting officers claimed she was involved with a group “trying to burn down the library,” but she said those claims were not accurate.

“We’ve got to go to court next month and fight it,” Scott said.

Rep. Scott, who represents the 41st House District, has been a long-time supporter of Breonna Taylor's family. In August, Scott helped propose state legislation for “Breonna’s Law," which would not only end no-knock search warrants but increase police accountability.

On Wednesday, Sept. 23, former Louisville police officer Brett Hankison was indicted on three counts of wanton endangerment, nearly 200 days after the death of Breonna Taylor. His charges were not related to her death and the other officers involved were not indicted by the grand jury.

Attorney General Daniel Cameron explained the findings of his investigation in a press conference Wednesday and said Sgt. Jonathan Mattingly and Det. Myles Cosgrove were both "justified" in their actions on March 13.

After the announcement, protesters filled the streets and more than 100 people were arrested on Wednesday, according to Louisville Metro Police.

Louisville Mayor Greg Fischer implemented a countywide curfew Wednesday night that will extend through the weekend. The curfew is in effect from 9 p.m.to 6:30 a.m. and people are urged to begin heading home no later than 8 p.m.

PHOTOS | Day 2 of Louisville protests include standoff on church property

1 / 31
WHAS11 News
Thursday, September 24, 2020: Protests continue across Louisville after Breonna Taylor's investigation resulted in no arrests or charges related to her death. Some protesters were at a church hoping to be protected from being arrested after the citywide curfew started.

Protesters began marching through Louisville Thursday night, eventually stopping at what they have referred to as a “safe zone,” First Unitarian Church on 4th and York.

The church announced Wednesday it would be open for those who seek sanctuary. WHAS11 spoke to the church, who said they did not expect so many protesters. Police surrounded the property, saying people off the property can be arrested.