Part of the problem was, 10 Investigates found, the antiquated computer system was not ready for the large influx of claims when the pandemic shut down businesses. 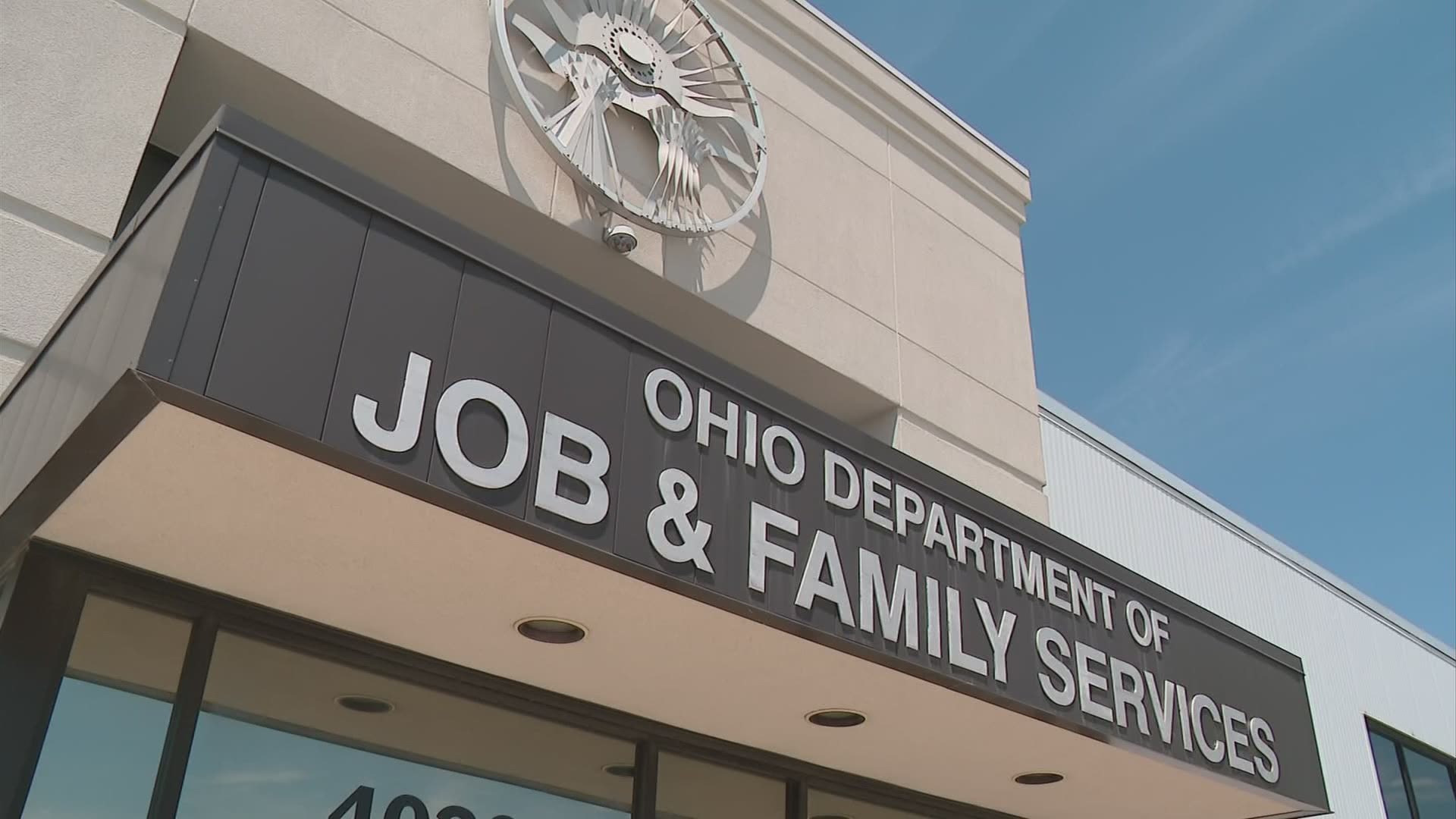 The announcement this week that Ohio overpaid more than $2.1 billion in unemployment benefits serves as a reminder that COVID’s costly legacy extends beyond people who got sick or died.

And a year later, the state is still trying to recover.

Currently, the state has borrowed more than $1.4 billion from the federal government in an effort to keep the unemployment system afloat.

Those loan monies at some point will be due.

On top of that, the overpayment issue leaves questions about how the state will claw back that money.

More than $1.6 billion in overpayments were deemed by the Ohio Department of Job and Family Services to be “non-fraudulent” – affecting both traditional and pandemic unemployment assistance – the program created by the federal government to provide benefits to those who wouldn’t normally qualify.

And Ohioans who received overpayments might be required to pay the money back.

It’s also possible that they could seek a waiver and be able to keep the money.

A specific policy is still weeks away from being formally announced, an ODJFS spokesman told 10 Investigates Thursday.

“Our system is built for annual rainfall and this was a 500-year flood,” Matt Damschroder, interim director for the Ohio Department of Job and Family Services, told reporters earlier this week.

Part of the problem, as 10 Investigates discovered, is that Ohio’s antiquated computer system which normally handles traditional unemployment insurance claims – sometimes referred to as UI – wasn’t prepared to handle the influx of unemployment claims when the coronavirus shuttered businesses and led to massive furloughs and layoffs for non-essential workers.

Couple that with pandemic unemployment, which federal and state governments moved quickly to set up, and it left open room for fraud.

An ODJFS spokesman says that the state is working with both public-private partners and federal law enforcement – but it remains unclear if Ohio will be able to claw back the millions lost to scammers.

And those who got non-fraudulent overpayments worry about what will happen to them too.

Caught in the middle

Keslar and her husband, Shawn, have been fighting with the state over four weeks of unemployment benefits that they claim they are owed.

Shawn is currently working, but they’re seeking payment for four weeks of unemployment when Shawn was off work when they got COVID. He says they got it twice – once last May and again in January.

Records the Keslar’s provided to 10 Investigates also show the state claims they were overpaid more than $1500.

Living paycheck to paycheck, they’re now also living with the uncertainty if they’ll have to pay that money back.

“I worry about eviction. I worry that we’ll end up homeless. I worry sometimes about where our next meal is coming from. That’s what keeps me up at night,” Karen said.

Prior to COVID-19, the state of Ohio was still working to upgrade its unemployment computer system, which at the time, wasn’t  – and still isn’t -- cloud-based.

A Minnesota company hired years ago to upgrade and modernize Ohio’s traditional unemployment computer system won’t complete its project until the end of 2022, according to ODJFS and a state lawmaker looking into the system.

Since last summer, the state has instituted a number of measures aimed at improving the system – including spending millions hiring private companies like Experian, LexisNexis, Google and Amazon to help improve logistics and weed out suspected fraud.

But Rep. Mark Fraizer, R – Newark, says the hiring of those outside companies should’ve happened months ago.

“The system was not set up to scale appropriately, the call centers weren't set up to get people through in eight hours or less, and ultimately there's these ongoing issues that need to be addressed that are fundamental to the system,” Fraizer said.

Rep. Mark Fraizer is co-chair of the unemployment improvement council – a bi-partisan group of state lawmakers tasked with taking a look at what went wrong with Ohio’s unemployment system and examining ways to fix it.

“From what I see is the new system wasn't built in the two to three years that needed to be there to support the pandemic. The system continues to not be available. We continue to leverage a PUA system that keeps on being extended by the federal government that seems to be doing an inadequate job that we're continually trying to fine-tune it,” he said.

Fraizer’s council was borne out of legislation that the Ohio legislature passed last fall in an effort to examine the problems. The council has a report due in August, which in part, will lean on the findings of the state auditor’s office.

And the information shared – or not shared – between ODJFS and the state auditor complicates the narrative about what went wrong with Ohio’s unemployment system.

Ohio Auditor Keith Faber’s office is in the process of conducting separate audits into fraud and a customer experience review. He told 10 Investigates last week that ODJFS was not forthright with investigators with his office last year when they were conducting a single audit of ODJFS federal compliance and financials.

Faber said ODJFS did not disclose during the audit process what then-director Kim Henderson later told lawmakers in February – that ODJFS was aware of large-scale fraud in July of last year.

“They did not disclose to us what they had a duty to disclose in answering our questions,” Faber said.

Faber said it wasn’t until now-former ODJFS director Henderson testified before the unemployment improvement council earlier this year that his office learned that ODJFS was aware of a large scale going on with unemployment benefits.

“A high degree of fraud was first recognized in the PUA system in early July,” Henderson told lawmakers in February.

“By July that’s when the alarm bells really started ringing,” she later said during the same hearing.

Faber’s office told 10 Investigates that the disclosure prompted his office to begin a separate audit looking into fraud, which is still underway. A separate audit involving customer service is also ongoing.

Henderson’s comments during the February hearings came two weeks before she announced that she was leaving ODJFS and her position as director. Her announcement came on March 1.

Both the governor’s office and an ODJFS spokesman have said that it was Henderson’s decision to leave.

When contacted via Facebook this week to ask about her departure and the allegations that her administration was not transparent with the auditor’s office, Henderson said she did not want to be interviewed and directed 10 Investigates to a department spokesman.

When asked how he would do damage control and restore public trust, ODJFS Interim Director Matt Damshroder said Monday:

“The most important thing that the agency can do to establish confidence would be to make sure that legitimate claims are paid as quickly as possible.

Our focus right now is on the three-part mission of resolving the backlog, improving contact center times and making sure we reduce the fraud that is coming into the system. We are making progress on all three legs of the stool,” he said. “My charge to the staff going forward is to make sure that we are transparent cooperative and responsive with each of the auditor’s requests. And we are working very closely with his office going forward.”

Can Ohio get the fraudulent overpayment money back?

What about if you received an overpayment?

Damshroder has said in the past and re-iterated again Monday that Ohio is working on establishing an overpayment waiver to be forgiven from the obligation of paying that money back if the person was overpaid through no fault of their own.

But the details of that remain unclear.

“Certainly for individuals who have experienced an overpayment through no fault of their own, as hard as it is to hear, the best thing I can say is hold tight.

We are working on the policy – we have just recently received guidance from the department of labor and as soon as we have a policy in place and a means to accepting waiver applications, we will reach out to every person in that category,” he said.