'We kind of feel helpless': Loved ones frustrated with filthy conditions of Chillicothe cemetery

The state has sued the out-of-state owners of Floral Hills Memory Gardens, but for now, it's mostly volunteers who are trying to keep the cemetery clean. 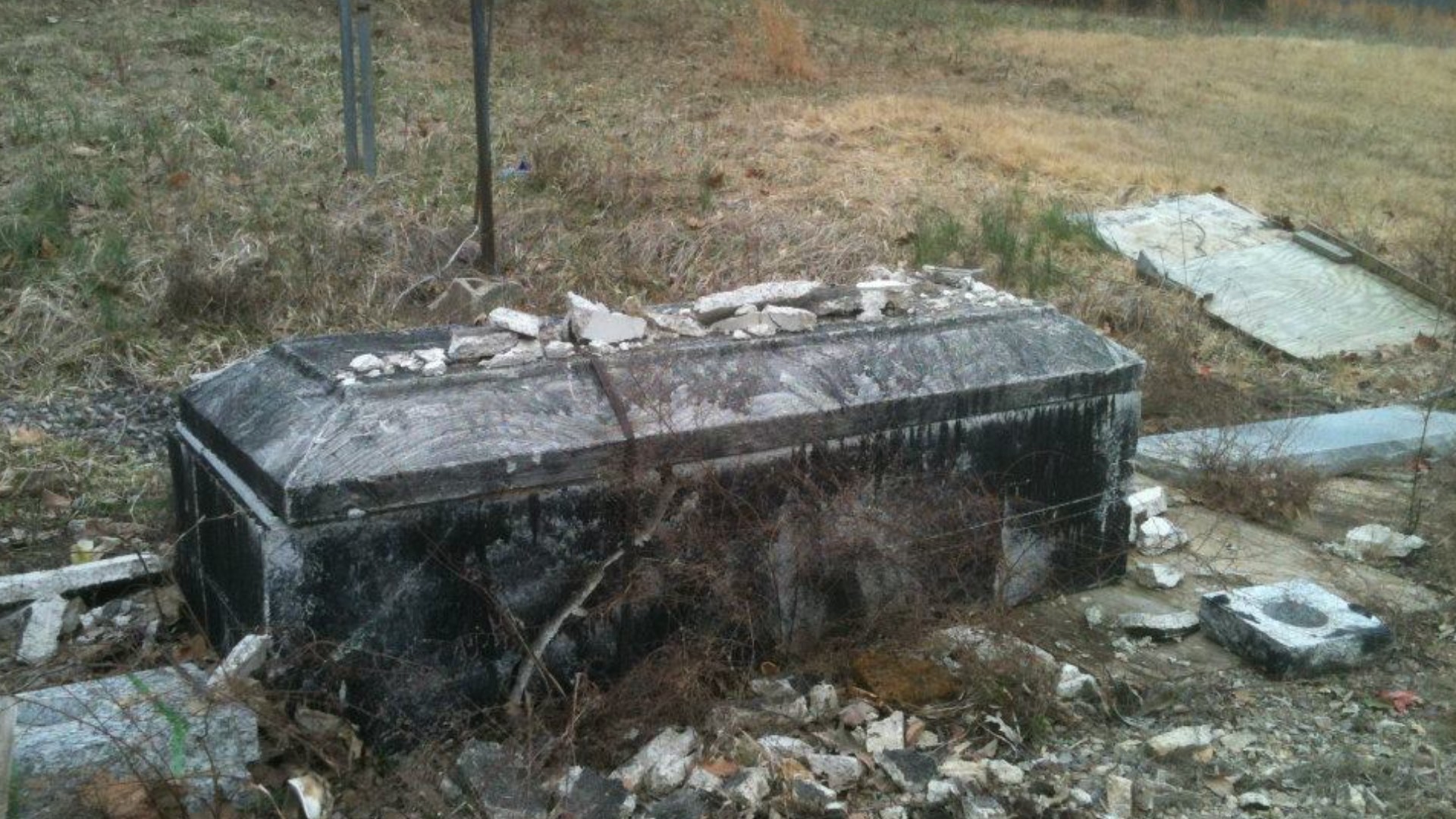 CHILLICOTHE, Ohio — Residents across southern Ohio have grown frustrated with a Chillicothe cemetery that has largely been unkept for nearly a decade.

“They're gone forever, and they need to be taken care of. And the people that are supposed to take care of them, aren't doing it,” said Chenoa Moss.

It’s a complaint dozens of loved ones have shared for years, about the conditions of the final resting site of their deceased relatives.

A place designed for eternal rest and peace left with sinking headstones, litter and overgrown grass and weeds.

“My grandfather and my grandmother are buried here. We buried my father here last year and I have an aunt down over the hill,” Moss said.

Nestled along a hillside in Chillicothe sits Floral Hills Memory Gardens. The peaceful panoramic views span nearly 37 acres. However, for many, this place of rest – has been in distress.

“It was knee-deep in weeds, you couldn’t even see the flags,” Moss said.

Since 2010, the privately owned cemetery has been unregistered with the state and plagued with problems.

Abandoned by absent out-of-state owners, there was no one left to deliver on promises many families paid for.

“People just expect that when they get buried, that the cemetery will meet their commitments. There is a contract signed. Expectations were laid out – but definitely not met in this case”, explained Moss.

Ownership for this resting place where nearly 5,000 people, including where many veterans are buried, has been the subject of both local, state and federal lawsuits.

Problems 10TV documented shortly after the state got involved with the Attorney General’s office suing the owners for violating the consumer protection act, sparking a flurry of lawsuits and a mountain of debt and unpaid taxes totaling hundreds of thousands of dollars.

“The owners, we have no clue where they went,” said Scott Michael Bodie.

Bodie is one of a handful of community volunteers who’ve picked up the owners’ responsibilities over the years.

“I don’t ask for nothing, because I’m doing it for these families”, Bodie said.

Mowing the grass, trimming around headstones and cleaning up trash – Bodie helps keep these sacred ground from falling into disrepair. Its work township leaders refused to take over five years ago, claiming they couldn’t afford it.

“Our options are so limited. We kind of feel helpless," Moss said.

That's the feeling shared by families 30 miles away near Circleville at another cemetery, forgotten by the same owners.

The legal process here was handled on a local level, with the cemetery recently put up for auction in a foreclosure sale. The minimum starting bid which was over $100,000 had no bidders. That price includes owed taxes and other fees and penalties, according to the Pickaway County Persecutor. The location could be assigned an owner by the state if nobody places a bid during the next auditor’s sale.

With ownership for both locations still unclear and several legal cases pending, grief has turned into frustration for many families who feel their pleas for help have gone unheard for too long.

“We have not forgotten about you. What they say about the wheels for Government turning slowly sometimes, that is this case," said Sheryl Creed Maxfield, director of the Ohio Department of Commerce.

Maxfield is familiar with the history of this case. She understands the need for action. However, until recently her department did not have the authority to act.

“Now we are to the point, where we just want to take things over and we have filed suit," Maxfield said.

House Bill 168 – signed by Ohio Lawmakers back in 2018, clears the way. The bill changes laws that cemeteries have to abide by when it comes to making sure there is money set aside to care for the grounds long term.

It also gives authority over any unregistered cemetery, like Floral Hills in Chillicothe, to the Department of Commerce’s division of real estate and professional licensing.

“These two owners came up missing quickly. So it’s been a tough road for anybody who has been trying to locate them to hold them accountable”, explained Anne Petit, the Superintendent of the Division of Real Estate and Professional Licensing.

Petit said in the past 10 months they’ve made significant progress in getting a default judgment against the two owners, clearing the way for new temporary ownership, known as a receiver.

10 Investigates requested a list of complaints filed with the state for nearly 4,100 cemeteries. More than 150 complaints were filed in the last three years, according to the Ohio Cemetery Dispute Resolution Commission.

The issues range from failed upkeep to questionable business practices.

Maxfield said the state is doing all it can to ensure that these sacred sites are protected and that families are at peace.

“I know for the families of those individuals interred at Floral Hills, it doesn't feel that way. This has been a very long and slow process, but it is coming to resolution,” Maxfield said.

The state said once a receiver is appointed in Chillicothe, which could happen by July, they could then work to get the cemetery licensed again making it eligible for financial assistance to help with upkeep.

Like many of the families involved in this situation, we weren’t able to locate the two owners for comment.

A spokesperson with the attorney general's office released this statement:

To learn how to file a complaint about a cemetery with the state, click here.