10 Investigates first reported on a pattern of problems last July. 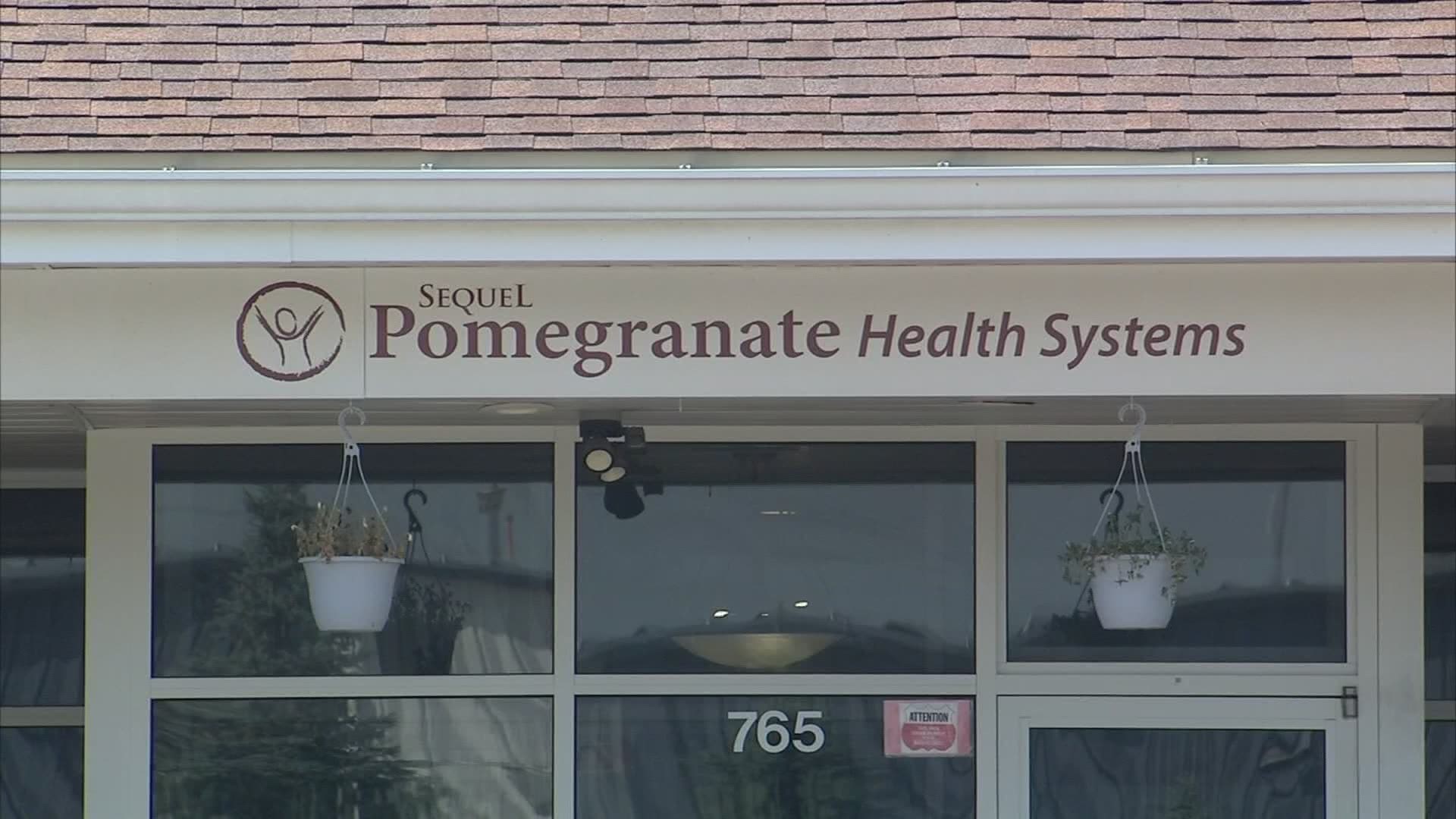 COLUMBUS, Ohio — Incidents of violence have persisted at a teen psychiatric facility in recent months despite the facility being under a settlement agreement with the state in which it agreed to fix its problems.

10 Investigates first reported on a pattern of problems last July – including incidents of violence and allegations that teens and staffers at Sequel Pomegranate have been subjected to incidents of physical and sexual abuse.

Now nearly a year later, there’s evidence that the problems have persisted even after the facility pledged to fix them.

Since March, officers with the Columbus Division of Police have been called to the facility at least 20 times. They’ve taken reports from staff members who allege teens have head-butted, punched them, or – in one case – broken the arm of a staff member.

Separately, the Ohio Department of Mental Health and Addiction Services – which licenses the facility – has recorded 31 allegations since September from teens alleging they were hurt by restraint holds from staffers or the victims of physical or sexual abuse by their peers or staff.

10 Investigates requested body camera footage from the Columbus Division of Police and found evidence of a strained relationship between the facility and officers.

On several videos, the officers appear perplexed by why they are being called to intervene with behavioral issues inside the privately-run facility.

One of the body-camera videos was heavily pixelated by the public records unit of CPD after the officer steps inside the facility, to comply with Ohio’s new laws governing body camera footage and privacy.

But the audio on the footage is still clear.

In it, you can hear Sequel Pomegranate CEO Jeff Rice speaking with officers.

“Here’s the deal: we’ve got 4 or 5 girls that are hell on wheels. And they are threatening staff, they’re fashioning weapons, they’re destroying property. We aren’t equipped to handle that. We never have been,” CEO Jeff Rice can be heard telling the officers.

One CPD officer replied: “Ok, so I’m not the one that takes them in.”

Their conversation continued for several minutes, with officers suggesting that the facility develop better policies or procedures to deal with children who are acting out or might be attempting to assault staff. Rice and other staffers expressed concern that the officers were unable – or unwilling – to take some of the teens into custody.

“We have no place to put these kids either … they don’t meet the criteria to go to jail,” the officer can be heard saying.

Franklin County Children Services stopped sending children to Sequel Pomegranate in December after a spokeswoman said there was a “pattern of concerns.” 10 Investigates has now learned that at the end of March, FCCS did not renew its contract with Sequel Pomegranate – an agreement that was providing the facility with about $5 million each year.

Sequel Pomegranate still has kids from other counties, out-of-state and the Department of Youth Services.

A spokesman for the Ohio Department of Mental Health and Addiction Services said that the state is still “working with them” and the facility remains under its settlement agreement with the state that requires the facility to review its own policies, reduce improper restraints and hire an outside consultant to review its operations.

But there is still concern by the state about what’s happening here. An April email obtained by 10 Investigates through an open records request – shows there is concern about the number of children who were being hospitalized for self-harm.

“I used to have a bruise on here,” said Taylor Brandsted, a 17-year old who says she spent 8 months at Sequel Pomegranate in 2019 for behavioral issues. She was later transferred to a facility in Arkansas before being released back to her parents’ custody in March, according to her mom.

Now living in West Virginia, Taylor says she was placed in restraint holds at Sequel Pomegranate five times but could not remember specifics as to what led to them.

Last fall, the state cited the facility for improper restraints and made clear that they were to only be used when teens were attempting to harm themselves or others.

When asked if she thinks about the time she spent there, Taylor shook her head to indicate no and said: “I hate that place.”

“Sequel Pomegranate is still under the terms of the settlement agreement. They are still not admitting patients to the hospital unit, and we continue to work with them. There is no change since last time in regard to the in-patient facility license status,” according to a spokesman for OHMAS.

10 Investigates reached out to Sequel Pomegranate and were sent the following:

At Sequel Pomegranate, we remain committed to continuous improvement and ongoing education to ensure we are providing the adolescents we serve with the care and resources necessary for successful lives after treatment.

We have been actively working to resolve recent concerns, while continuing to make necessary and proactive changes within our program, including an organizational restructure that better emphasizes and focuses on our Clinical and Compliance components. We will continue to work closely with our partners to ensure we have thoroughly addressed their concerns.

Sequel's commitment to providing informed behavioral health treatment and ongoing, compassionate care to at-risk youth nationwide, including the Columbus community and throughout Ohio, remains unchanged, and we continue to be unrelenting advocates for those we serve.