Videos, emails reveal use of force injuries – along with criticism of mayor and support for Columbus police

Columbus Mayor Andrew Ginther called on citizens to report concerns about use of force used by the Columbus Division of Police during recent protests. 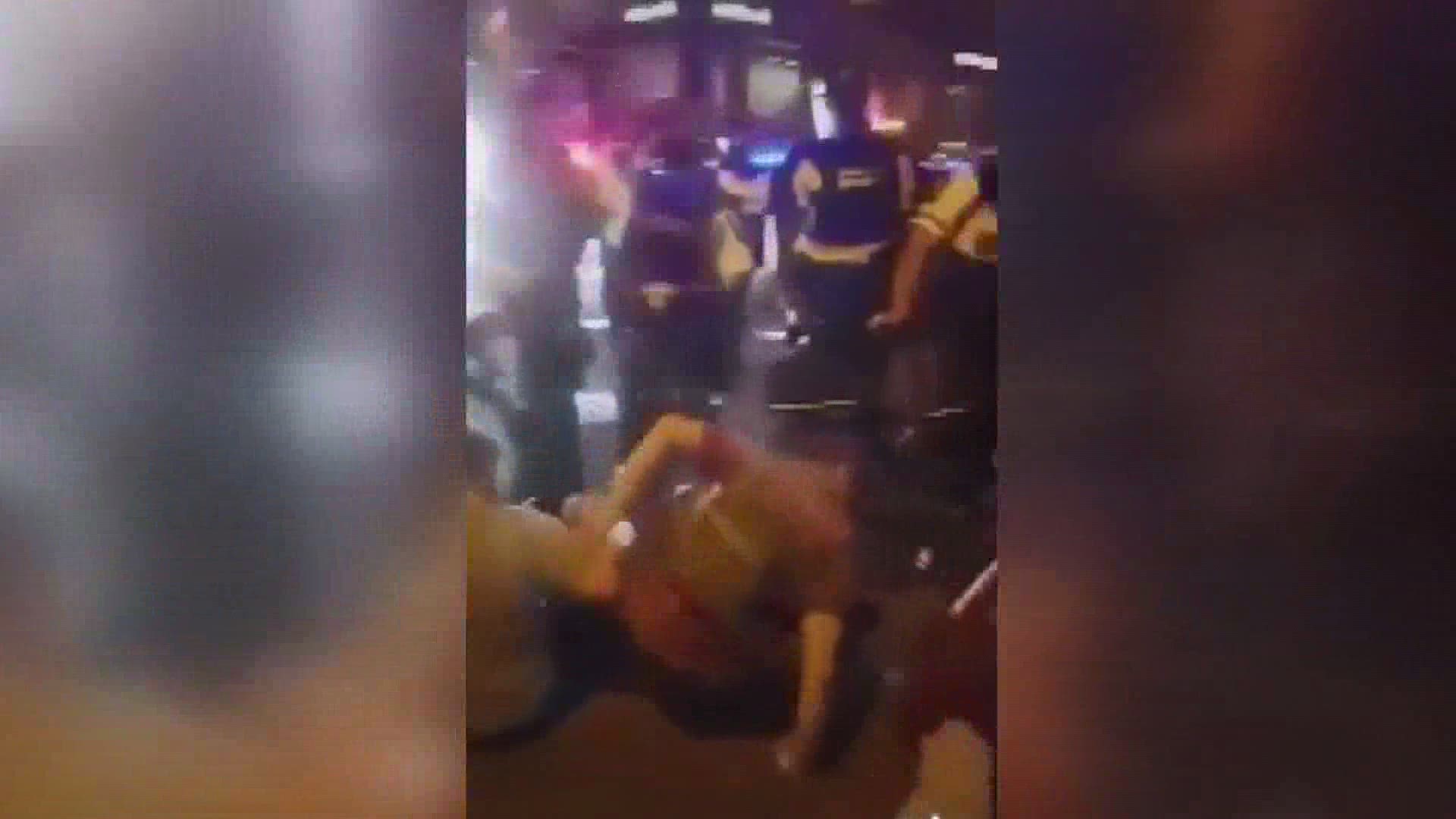 COLUMBUS, Ohio — When Columbus Mayor Andrew Ginther called on citizens to report concerns about use of force used by the Columbus Division of Police during recent protests – nearly 700 emails flooded the city’s inbox.

A 10 Investigates’ review of those emails sent between June 1 and June 17 – along with police body-camera footage from the protests - has uncovered a deep divide in perspectives over what happened during last month’s protests.

Demonstrators who came into downtown Columbus to protest police brutality allege they were exposed to it by officers who used excessive force, causing injuries.

Other citizens or backers of police officers allege it was the protesters who were responsible for inciting the unrest, causing destruction and making the encounters between citizens and police officers devolve.

Of the emails sent to the city through June 17, 275 emails offered either criticism of Mayor Ginther for failing to back his officers or pledged support for members of the Columbus Division of Police.

But more than 375 of the emails linked to videos, photos or provided personal accounts alleging that officers used excessive force – or caused injuries to protesters – when responding with less than lethal force.

Last week, Mayor Ginther announced that at least 56 of those use of force incidents are now under review – 40 of them are expected to be reviewed by law firm BakerHostetler for possible administrative action against police officers.

Another 16 use of force incidents are expected to be reviewed by retired FBI agent Rick Wozniak for potential criminal charges.

Both Ginther and Police Chief Thomas Quinlan have declined to provide specifics over what actions by officers are now under review.

During a recent sit-down interview, 10 Investigates attempted to ask Quinlan about some of the specific incidents.

Quinlan said he did not want to comment on specific allegations.

“I’m acknowledging to you that the optics in many cases look bad. The issue is was it legal? Was it tactically safe? legally safe. Did the officers get it right or did they violate policy? I can’t make that conclusion with watching a clip of the video without having any of the other facts,” Quinlan told 10 Investigates. “I owe it to the public and I owe it to the officers to have the facts, not just a gut reaction to a video that would look bad because all use of force, I acknowledge looks bad.”

Quinlan said that upon review that he anticipates that “a lot of the investigations will show that a lot of the officers got a lot right. And when we have a case where we got it wrong then we are going to address that and take appropriate action.”

Quinlan said that his department is open to police reform but said that he doesn’t want that change to involve the complete removal of tools that officers might need to respond to crowds.

Tamea Hayward was one of the hundreds of people who wrote into the city. Hayward told 10 Investigates that she was not involved in the protests.

On the first weekend of protests – May 30 – Hayward says she was leaving her job as a nurse at a long-term care facility on High Street when she encountered the crowds who gathered in the Short North area. Hayward said the crowd made room for her car to squeeze through, but as she edged forward, she alleges police fired bean bags filled with metal pellets at her car – damaging her vehicle.

Hayward said she turned the corner and encountered more police. She says she was ordered out of her vehicle and was arrested.

She was charged with failure to disperse – a charge that was later dismissed at the request of the city prosecutor’s office.

As 10TV previously reported, the Franklin County Sheriff’s Office contends that their officers viewed some of the activity on High Street to be a threat that required use of force.

Kai’ya Minnifield also wrote to complain to the police about her encounter at the protests in downtown Columbus. The 19-year old wrote an email including photos of her hand after being shot by a wooden bullet.

Minnifield said she was attending the protests on May 29 and had moved from the sidewalk to the grass of the statehouse when she alleges she was fired upon by police.

"When they shot the first one it missed me. But I literally watched him look at me and point it at me. And I tried to run… but it hit me too fast,” Minnifield told 10 Investigates.

An x-ray and her hospital records show that she suffered a broken finger.

“At close range, we find that they can cause significant or pretty dramatic injuries. Especially when they hit face, or head or eyes,” said Dr. Rohini Haar, an emergency medical physician in Oakland, California who has studied use of force by police.

Haar was the lead author on a 2017 peer-reviewed study that looked into when police use less than lethal force – like wooden or rubber bullets – also known as kinetic impact projectiles.

The study looked at 1,984 people who had seen by doctors after being shot by these projectiles - of those - 3% died and 15% suffered permanent disabilities.

“Even when they riot, the use of weapons actually escalates tensions and creates chaos and stampedes and things like that. It does not in any case that I’ve studied de-escalate tensions,” Haar said.

Haar says there’s no need for these types of weapons for crowd control – and she said she was encouraged by the fact that Columbus has already banned the future use of tear gas and limited the use of pepper spray on crowds.

While Columbus has now banned the use of tear gas, Quinlan says removing other uses of forces would take away tools from officers who need to control crowds.