Those who gathered included survivors of alleged sexual abuse scandals linked to the university, their legal supporters and members of the #OSUMeToo group. 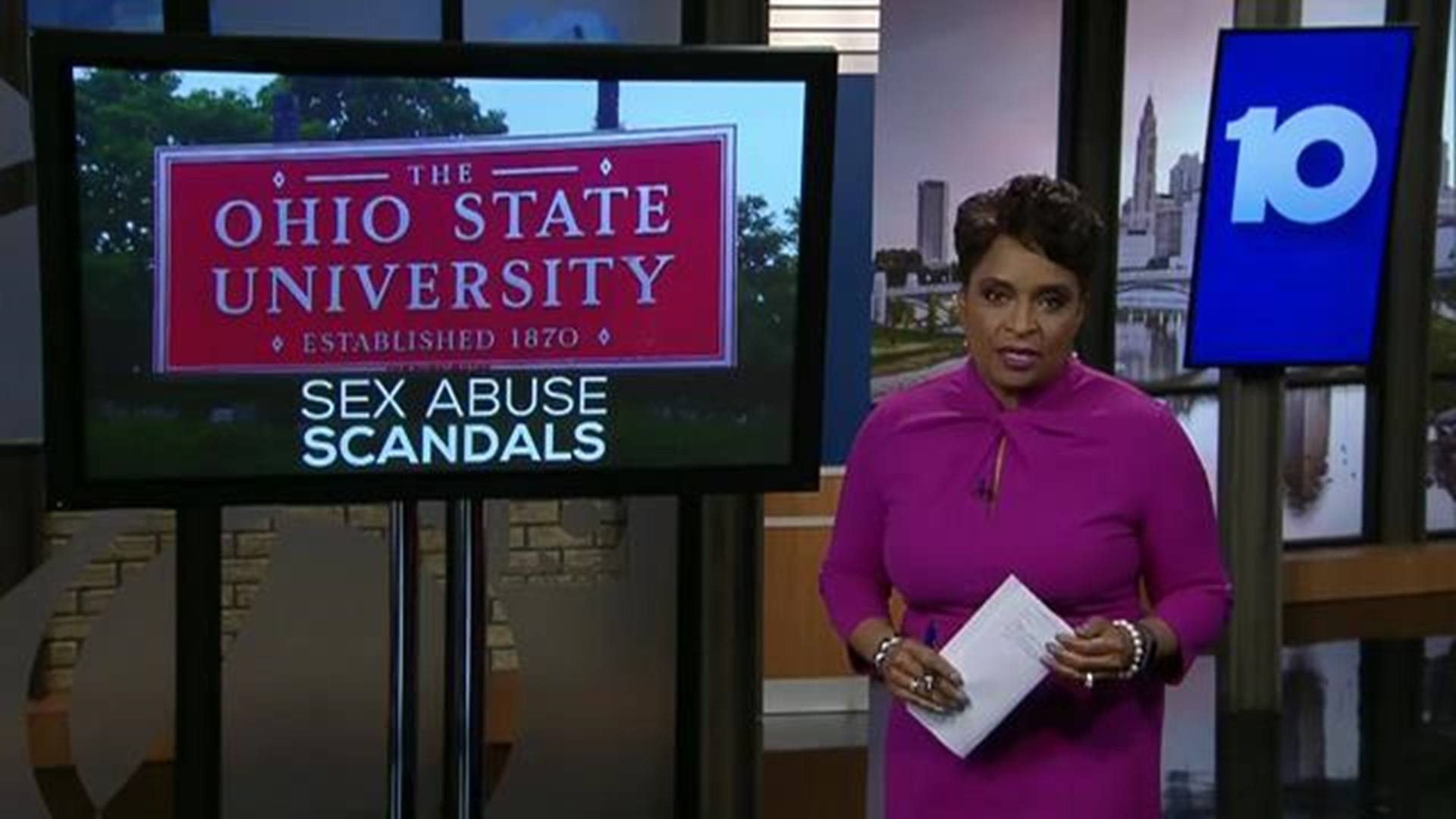 COLUMBUS – The rally in the heart of Ohio State University’s campus was small, but its message carried a large implication: the victims of alleged sex abuse claim the university failed them.

Those who gathered included survivors of alleged sexual abuse scandals linked to the university, their legal supporters and members of the #OSUMeToo group.

They passed out t-shirts and doughnuts and called for changing state law to extend the statute of limitations for victims to sue.

Pryor, a former Ohio State club diver, alleges that she was groomed and coerced into a sexual relationship by her former assistant club coach, William Bohonyi.

“I think there is a lot of people who question why I came out four years later, why I didn't do anything to begin (with),” Pryor said. “It wasn't my job to take someone's illegal actions and to hold them accountable. It wasn't my job. It wasn't my parent's job. It was Ohio State Police and it was the authorities.

“I think you have to hit rock bottom before (you know) what happened to you wasn't ok. And it hurts you. And I didn't feel anger or anything until three and a half years later. So it took me that long to actually feel the emotions of what was done to me,” Pryor told 10 Investigates.

Pryor says she went to authorities that same year with her allegations and photos and videos that depicted her – then an underage 17-year-old – in the nude.

10 Investigates learned even though Estee Pryor later requested that the investigation be stopped, neither state nor federal prosecutors here in Columbus were notified at the time about the existence of those images.

The criminal investigation was re-opened in January of 2018 and later forwarded to the office of Franklin County Prosecutor Ron O’Brien.

Bohonyi has not been charged and declined to speak to 10 Investigates on two occasions this summer. Repeated attempts to reach Bohonyi Thursday were not successful. A phone number associated with him would not accept messages.

A lawsuit filed by Pryor was dismissed earlier this year.

Attorneys representing OSU argued the lawsuit – which was filed in federal court in Indianapolis – should be tossed out based in part on jurisdiction. The alleged crimes happened in Ohio and in Maryland (where Pryor alleges she had sex with Bohonyi while she was 17 and attending a dive meet). But Pryor’s attorneys hinted Thursday that they could pursue other legal action.

Also in attendance during Thursday’s rally was Brian Garrett, a former OSU student who has a separate lawsuit against the university alleging that he was among several students who were sexually abused by former university physician Dr. Richard Strauss.

Strauss died by way of suicide more than a decade ago.

Attorneys for other alleged victims of Strauss have sued, arguing the university didn’t do enough. They’ve also hinted that they’d like to have victims speak before the Ohio State Board of Trustees.

In response to Thursday’s rally, The Ohio State University released a lengthy response.

Regarding today’s event:
When the University of today received reports of sexual misconduct, Ohio State immediately and unambiguously took action to get to the truth and live up to one of our core values – that we do not tolerate sexual misconduct.

The university began an independent investigation led by experienced investigators in the field of sexual misconduct. That investigation is ongoing and Ohio State receives updates from the independent team at Perkins Coie regarding their work and has shared those updates publicly. The identity of those who contact Perkins Coie is treated with the utmost confidence and sensitivity permitted by law, and individuals may report anonymously if they wish. The university remains committed to understanding what took place many years ago and is grateful to all who have been willing to share their stories to date.

The independent investigative team is using the most trauma-informed approach to an investigation of this type, which does not include reaching out to prospective victims directly due to the concern of re-traumatizing those who may have been affected and do not wish to revisit the experience. We continue to encourage anyone with information to contact investigators at Perkins Coie (osu@perkinscoie.com).

Neither Porter Wright Morris & Arthur LLP nor Perkins Coie was appointed to defend the university in any litigation or to develop any defense strategy.

Regarding the request to speak at the board meeting:
We are deeply concerned for anyone who was affected by Richard Strauss’ actions several decades ago. The university is steadfastly and unambiguously committed to getting to the truth, and we are grateful for their voices. The independent investigation is ongoing, and the investigative team has listened to approximately 150 former students who have provided accounts of abuse by Strauss. We continue to encourage anyone with information to contact investigators at Perkins Coie (osu@perkinscoie.com). The identities of victims are treated with the utmost confidence and sensitivity permitted by law, and individuals may report anonymously if they wish. To date, we are not aware that any formal request has been made to the university to speak at an upcoming board meeting, though we are aware of a press release sent to media outlets. In the meantime, the university will continue to provide victims with appropriate opportunities to share their stories.

Regarding the diving lawsuit:
The university was pleased to be dismissed from the lawsuit. We have always maintained that -- fully consistent with our core value of protecting the safety and well-being of those we serve in our community -- the university handled this matter appropriately.

The safety and security of our students, faculty, staff and visitors is Ohio State’s top priority. The university does not tolerate sexual misconduct of any kind.