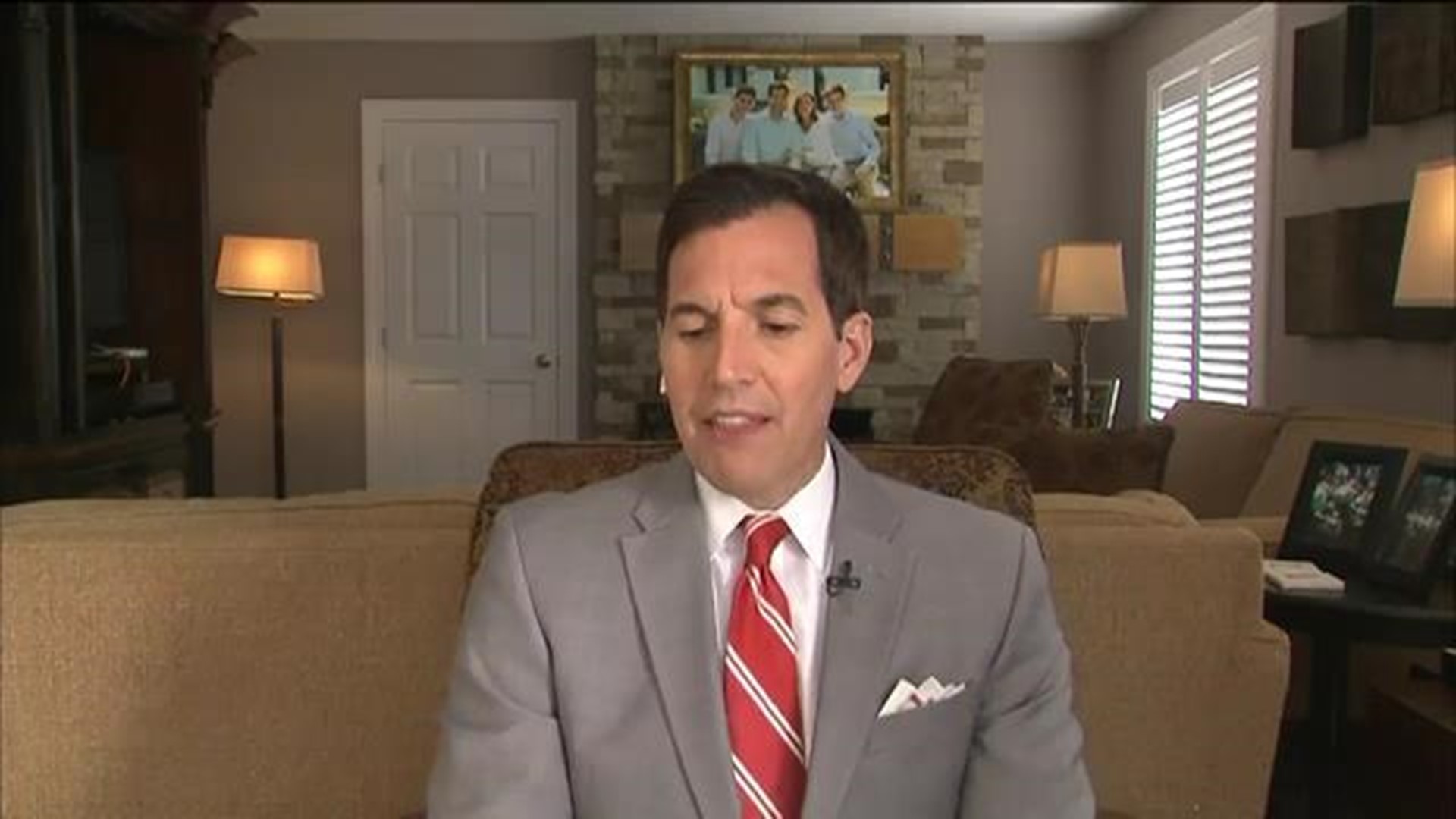 COLUMBUS – The death of a corrections officer this week from complications of the coronavirus has brought attention to what’s happening inside Ohio’s prison system – where dozens of corrections officers have tested positive for COVID-19 and more than 10,000 inmates are under quarantine - per the state’s latest figures.

John Dawson, 55, died Wednesday after becoming infected with COVID-19. He was described as a “good officer” who was liked by his colleagues, according to the president of the union that represents state corrections officers in Ohio.

In a lengthy interview with 10 Investigates, OSCEA president Chris Mabe criticized the Ohio Department of Rehabilitation and Corrections’ preparedness.

“I would say at present time it looks like they were not prepared and are still falling behind in dealing with preparedness in dealing with this situation,” Mabe told 10 Investigates.

Among the issues Mabe raised were officers’ assignments have been changed – some have been moved to new areas of the prisons. Mabe also says those on the ground should have more input on the coronavirus strategy and that the lack of personal protective equipment for the corrections officers has been an issue for several weeks.

“It’s tough these people come home every night much like first responders, they are stripping off their clothes and jumping into showers and still have family members at home. And everyone just wants to feel safe. So those are things we are trying to deal with,” he said.

10 Investigates emailed these concerns to a DRC spokeswoman Wednesday night. While our direct questions were not answered, the spokeswoman did provide a lengthy statement saying that DRC began preparing for the coronavirus earlier this year with tabletop exercises and that they were aware some staff were not happy with the changes in assignments.

The statement, provided to 10 Investigates, read in part:​

“Implementing DRC’s response to the challenges associated with COVID-19 in a safe and secure manner continues to be the priority for Director Chambers-Smith.

DRC’s preparations began for the potential impact of COVID early this year. This included table-top exercises and frequent discussion with her counterparts across the county. Director Chambers-Smith presented during a national webinar the best practices in preparation for COVID for correctional facilities. She continues to be part of a multi-state information sharing group is in regular communication with her counterparts across the country.

We are aware that some staff are not that happy with some of the changes underway – but everything is being done with the safety and security of our operations in mind. Podium pick, for example – the ability for relief officers to pick the location that they work within the facility each day – has temporarily been suspended while we manage the challenge of COVID. This being done to prevent the potential spread of COVID by ensuring staff are working in the same areas each day, limiting unnecessary movement to other areas of the institution.”

With regard to the lack of personal protective equipment, the statement went on to say:

“In addition to manufacturing PPE trough the Ohio Penal Industries, DRC is permitting staff and inmates to wear protective masks. There have been additional orders placed and we are awaiting the arrival of more materials and PPE. We continue working with the Ohio Department of Health regarding our needs.”

But Mabe says the negotiations regarding PPE stretched out over weeks with back-and-forth over whether officers could wear their own masks, if they needed to sign a waiver or if more was on the way. Mabe says the union has sought to purchase its own.

As of the latest figures provided by DRC on Wednesday at least seven state prisons have reported COVID-19 infections, more than 10,000 inmates are under quarantine and more than 50 officers have tested positive.

Videos, which appear to be recorded inside prisons, and which were obtained by 10 Investigates show prisoners complaining about a change in their meal structures from three meals to two per day and the inability to practice social distancing in dorm-style housing where inmates are close together.

Jeanna Kenney is with the prisoner advocacy group EPIC, which stands for Ensuring Parole for Incarcerated Citizens. She’s also married to an Ohio inmate.

“A lot of the institutions are dorm based so their beds aren’t even three feet apart,” she said.

On Monday, 10 Investigates also learned about a water main break at the Dayton Correctional Institution. We spoke via video chat with Jami Draher whose sister-in-law is among one of inmates there. The facility is also under quarantine because of the coronavirus outbreak.

“I’m worried about the spread, definitely,” she told 10 Investigates.