A month after an EF-4 tornado ravaged the city of Dayton and surrounding communities, it’s clear that recovery could take some time. 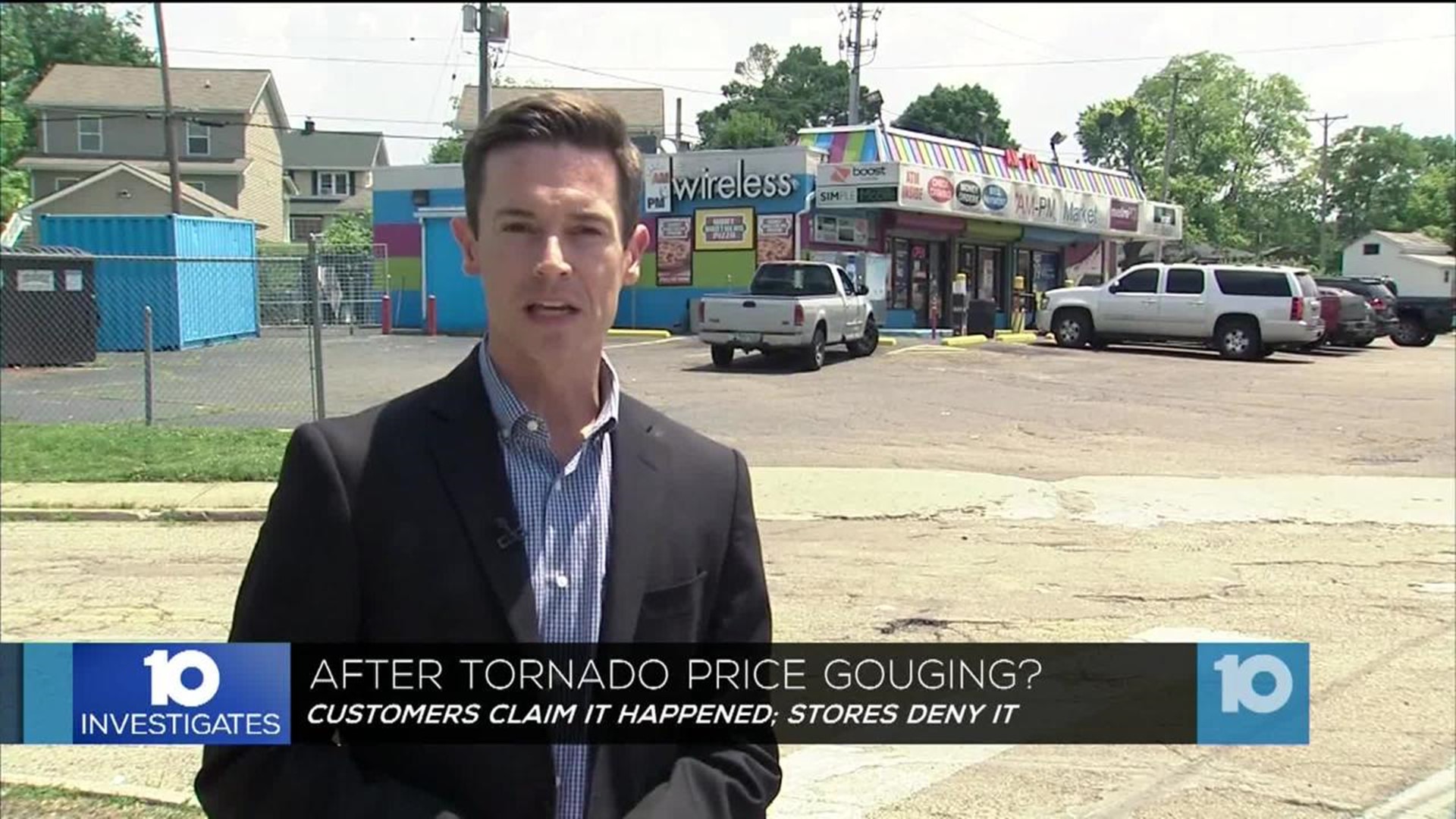 DAYTON, Ohio — A month after an EF-4 tornado ravaged the city of Dayton and surrounding communities, it’s clear that recovery could take some time.

Contractors are still re-stringing power lines and blue tarps still cover many of the roofs ripped off by the storms.

However, there is still part of the storm’s aftermath that is shrouded in mystery — were storm victims taken advantage of in the days after the storm?

It depends on who you ask.

In response to an open records request by 10 Investigates, the Ohio Attorney General’s Office sent 10TV data showing it received 31 storm-related complaints — nearly all about price-gouging following the storms that struck the Dayton-area in late May.

A 10 Investigates review of those complaints found 11 occurred at the AM-PM convenience store off Salem Avenue and five occurred at Marathon Gas station off Troy Street.

Nearly all of them alleged that the two stores were charging between $10 to $14 for a case of water.

Employees at both stores denied to 10 Investigates that they ever charged that much.

10 Investigates interviewed six people who complained to the attorney general’s office, including three who — independent of each other — claimed they saw the high prices for themselves.

“I said, 'Why is the price so high?' I expected a little higher because of a convenience fee and (the clerk) said, 'Supply and demand and if you don’t like the price, don’t pay it,’” David Santana told 10 Investigates.

Santana says in the days that followed the storms, he was working to deliver bottled water and other goods to folks in parts of the city. He stopped in the AM-PM store on Salem Avenue and described the interaction he had with the clerk.

10 Investigates spoke to a man who identified himself as the store manager at the AM-PM on Salem Avenue on Friday. The manager would not agree to an on-camera interview but disputes that he charged or price-gouged for water.

In fact, he says his store gave away water and pizzas in the days after the storm.

Others 10 Investigates interviewed said the store did that only after public backlash. The manager denied that as well but did acknowledge that he had received more than one call from the Ohio Attorney General’s Office after the complaints were lodged.

The manager could not explain why customers 10 Investigates spoke to said that they saw the prices were too high.

“I never heard anything back, but I wanted to submit my complaint and how I was aggravated at the situation,” Santana said.

Ohio does not have a price gouging law but it bans unconscionable business practices, according to the Ohio Attorney General’s Office.

“A practice could be considered unconscionable if the supplier knew at the time of the transaction that the price was substantially higher than the price at which similar goods or services could be readily obtained. It is also unfair and deceptive practice to dramatically increase the price of in-stock products based solely on current events."

The office would not confirm or deny the status of any ongoing investigations.