Sworn statements of nurses and pharmacists reveal interactions with Dr. Husel, ease of access to drugs 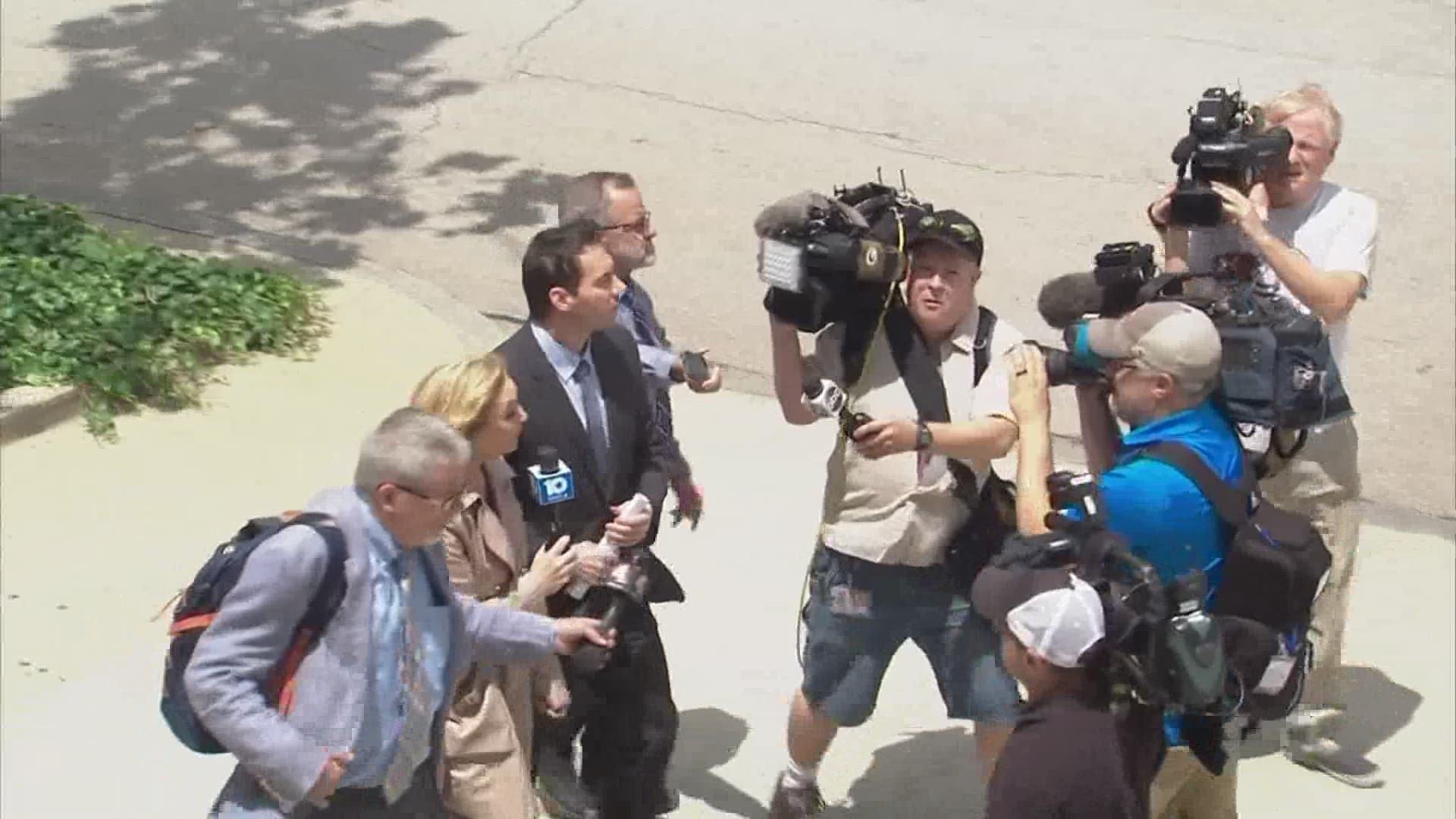 During sworn video depositions, former Mount Carmel nurses and pharmacists say they did ask questions about the large doses of powerful painkillers ordered by Dr. William Husel but were often re-assured by Husel that the doses of fentanyl were appropriate and would prevent patients from feeling pain in their final moments of life.

One former Mount Carmel pharmacist testified that he and another pharmacist alerted their managers in the fall of 2018 about the high doses of painkillers that were being accessed without pharmacy approval.

Another nurse testified that “overriding” the automated medication dispensing system or AMDS – which bypassed the pharmacy and allowed for quick access to the drugs – was commonplace in Mount Carmel’s intensive care unit.

Taken together, their testimony – gathered as part of ongoing litigation against Mount Carmel Health System – paints a picture of an intensive care unit where Dr. Husel was well-respected by his colleagues, where nurses leaned on him for advice about the care of near-death patients and where powerful painkillers could be accessed with a few keystrokes.

10 Investigates reviewed video depositions of eight employees - including nurses and pharmacists. The videos were obtained through an open records request to the courts before a judge ordered them to be sealed.

During one of the recorded depositions, pharmacist Gregory Dresbach said he and another pharmacist raised questions to their managers about the high doses of fentanyl that were being withdrawn from an automated medication dispensing machines without pharmacy approval.

In one case, Dresbach said he rejected an order of 1,000 micrograms of fentanyl for patient Rebecca Walls. He later learned the drugs were given to Walls anyway – even after he rejected the order.

“That had to be of concern to you,” asked attorney Gerald Leeseberg, who presents the patients’ families.

“It was,” said Dresbach.

The following day, Dresbach said he learned the intensive care unit needed its automated medication dispensing system re-stocked because it was out of fentanyl.

When Dresbach questioned what happened, he says he was told that the intensive care unit had drained its supply of fentanyl performing a palliative extubation on another patient.

Leeseberg asked: “Were you shocked and alarmed when you that a patient had received…”

Dresbach paused and then said: “Yes.”

Leeseberg: “You’d never seen that before.”

Within days of her death, Husel’s privileges were revoked. He was removed from patient care and fired in early December of 2018.

Dresbach could not be reached for comment but in his sworn statements to attorneys, he said he was surprised when he learned that Husel’s privileges had been revoked because he had not heard any details from his supervisors after sending two emails expressing concern about the high doses.

Husel’s wife, Mariah Baird, was also among those deposed by attorneys.

Baird spoke of how the two met while working in Mount Carmel’s ICU, but said their relationship did not start until after the death of Jan Thomas – one of 35 patients the hospital identified as having received “excessive” or “potentially fatal” doses of medication.

When asked by attorney David Shroyer if she had any concerns about the 800 micrograms of fentanyl that Thomas received and if it alone could’ve caused her death – Baird said: “The 800 mcg was an appropriate dose of medication for my patient.”

Baird and other nurses who have been deposed also face the potential of discipline before the state nursing board – some of the nurses are being criticized by the board for failing to question the orders before they were given.

Others like former Mount Carmel nurse Jamie Bourke said she did not question an order for 500 micrograms of fentanyl that was later given to patient Michael Walters but did question a 1,000 mcg order of fentanyl intended for Brandy McDonald.

Despite questioning that order, Bourke denied that the medications may have contributed to the deaths of the patients.

“My answer is that the medication that I gave to my dying patients were not harmful. They were comfort care medications so that they would not feel themselves suffocate to death,” Bourke said.

Nurse Jacob Deemer – who has a hearing before the state nursing board this week – testified during his deposition earlier this year that Husel told him there was no maximum dose of fentanyl while a patient’s ventilator is being removed.

“(Husel) told me that his intent is comfort care,” Deemer said.

Deemer told attorneys that he asked questions of Husel about the high doses – but said he was reassured by Cleveland-Clinic-trained physician, whom Deemer said was “respected” by colleagues in the ICU.

Many of the patients under Husel’s care were said to be in their final moments of life, but the central question being debated is did the large doses accelerate their deaths?

The county prosecutor and the attorney representing the patients’ families allege that they did.

Attorneys for Husel – and some of the nurses themselves – say otherwise.

“I certainly did not want that to occur, I did not want harm to occur, so when you turn on the news or see something and it says 35 people were running a kill camp, that just makes me upset. I know that’s not my truth,” Deemer said.

The hospital fired Husel in December 2018 – alleging that he gave either “excessive” or “potentially fatal” doses of fentanyl to 35 patients under his care.

Six months later, Husel was indicted on 25 murder charges. He faces a trial in 2021.

He has pleaded not guilty and sued the hospital system for defamation – claiming the hospital rushed to judgment and fired him without a thorough review of the patients’ medical records or understanding that there is no maximum dose for fentanyl in certain medical procedures and that dosing is patient specific.

The hospital has said in past statements that it stands by its decision.

Another central question in all of this is how these medications were being accessed.

The hospital has since added additional restrictions to tighten down access to the drugs and place limits on dosing.

10 Investigates was unable to reach the nurses or pharmacists but attorney Beth Collis – who represents several of the nurses – declined to comment in an emailed response to 10 Investigates.

Depositions of other Mount Carmel employees resumed last week and continued on Monday behind closed doors.