The records detail how children seeking treatment for emotional and behavioral issues have been exposed to violence or injured during restraint holds. 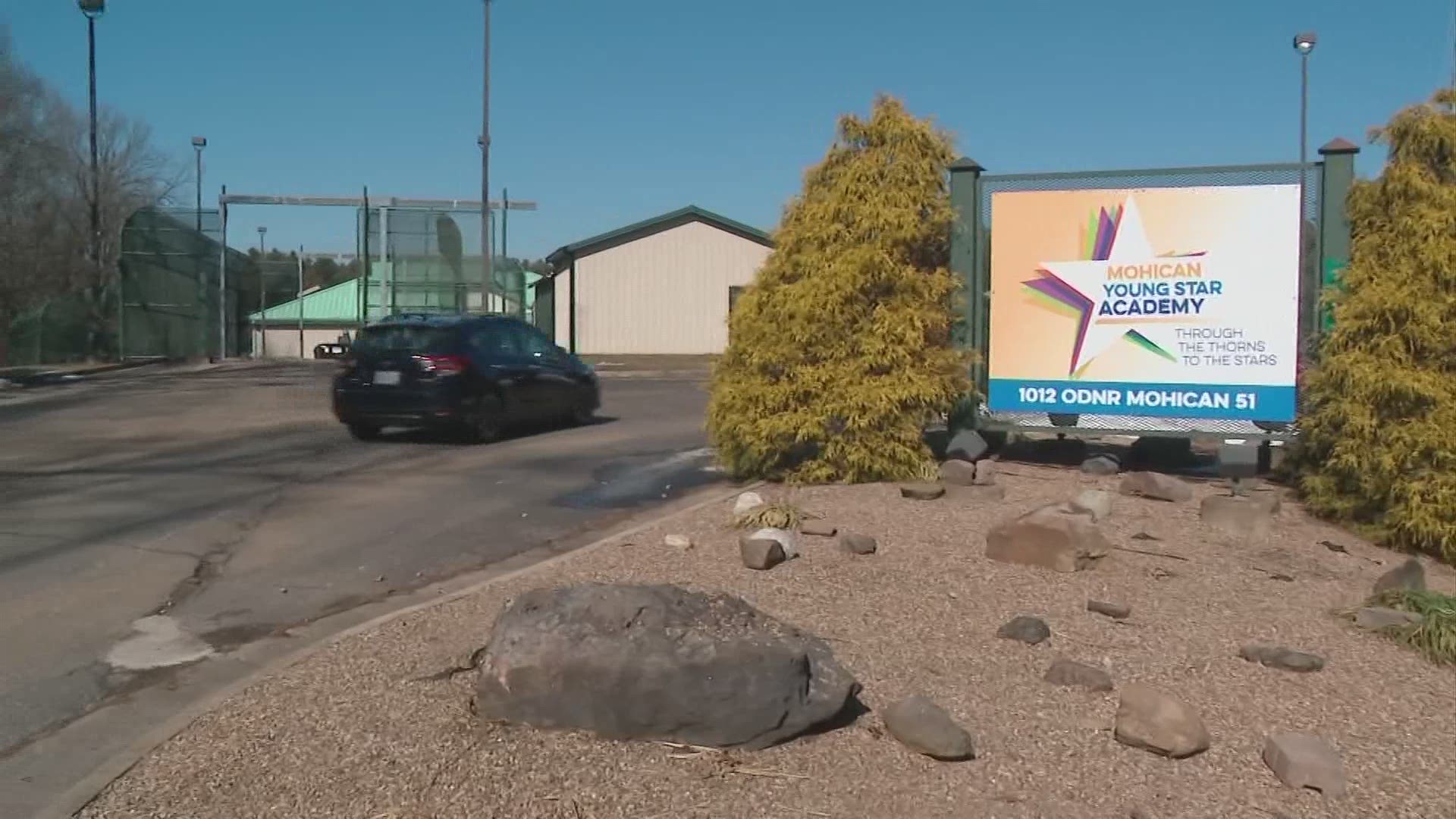 A 10 Investigates’ review of two years’ worth of incident reports and police records has uncovered a pattern of children being hurt, running away and making claims of inappropriate behavior inside Mohican Young Star Academy, a youth treatment center for boys.

The records, submitted to a state licensing agency, detail how children seeking treatment for emotional and behavioral issues have been exposed to violence or injured during restraint holds.

The children have also routinely run away from the facility and made allegations against their peers and staffers – accusing them of inappropriate touching and other behaviors.

Mohican Young Star Academy, which is tucked inside Mohican State Park in Ashland County, is home to roughly 80 boys.

State inspectors with the Ohio Department of Mental Health and Addiction Services and attorneys with the Ohio Attorney General’s Office allege the boys here were exposed to harm.

Acting on a tip from a former employee, state inspectors started visiting the facility in late January and early February – interviewing children and reviewing surveillance video and logs of restraint holds.

A lawsuit filed last week accuses the facility of placing children in “illegal and unsafe restraints.”

Ohio Attorney General Dave Yost’s office is asking a judge to remove Mohican Young Star Academy administrators and place the children in the care of a third-party provider.

A hearing on that lawsuit is set for Tuesday morning.

On Monday, a judge denied a request by Yost’s for an immediate injunction by saying the need for a hearing was part of due process for the defendant and it would be up to the court to appoint a new provider, if deemed necessary.

The owner and operator of the facility, Olga Starr, has denied the allegations raised by the lawsuit – saying they “are simply not true.”

Starr initially agreed to an interview with 10 Investigates last week, but when Chief Investigative Reporter Bennett Haeberle arrived at the facility for the interview Friday, Olga Starr canceled.

Starr did provide a statement that read:

“… Ohio Attorney General Dave Yost filed a lawsuit on behalf of the Ohio Department of Mental Health and Addiction Services (OhioMHAS) to remove owners of the Mohican Young Star Academy from operating the facility after claims of improper restraints of youth and insufficient reporting. The current allegations brought by the office of the Attorney General are simply not true.

Mohican Young Star Academy provides youth with mental health and residential services.  We take all allegations very seriously.  The safety and well-being of our youth are paramount.

We have a zero-tolerance policy for abuse of any kind. Our facility carefully reviews every allegation of abuse or neglect and reports them to the youth’s county boards. In the past, Mohican has responded to substantiated allegations by firing and suspending employees involved in the improper treatment of youth. All external investigations agreed with our findings in every case.

Mohican facility is licensed to utilize physical holds – safe holds are crucial to protect all parties from imminent danger.  As with other facilities that handle this population, aggressive delinquents comprise a segment of the Mohican’s residents.  These youths come to the academy for treatment, often with a history of violent offenses. At the academy, they sometimes engage in violence with other youth and staff.

Mohican Young Star Academy has a stellar reputation for its excellent treatment outcomes, and Ohio counties consider the facility a top provider. We continually look for ways to improve the quality of care and treatment.

I went into this line of work because I know how important it is to address treatment from a healing perspective. Our youths’ mental health and physical safety are the cornerstones of everything we do – this is what creates our culture of transparency and trauma-informed care. I am looking forward to further discussions with OMHAS on ways we can better partner to continue to change youths’ lives for the better.

Because this is now a legal matter, we cannot provide any further detail.”

10 Investigates’ own review of incident reports and police records dating back to January of 2019 found the state was aware that children have repeatedly complained about and been treated for injuries following restraints.

Sara Bates, a licensed counselor and former employee of Mohican Young Star Academy, told 10 Investigates she was terminated after feeling compelled to report an allegation of abuse that did not follow the facility’s own protocols.

She says she also contacted the state in January to raise her own concerns about issues there – including what she claims are inadequate staffing levels and children who have hurt themselves.

“I've put. I put peers on safety plans one to one, and they were able to access bleach to for a suicide attempt while on these plans,  they were able to get a razor, or have a pencil sharpener and cut their arms from risks to elbow and from knee to thigh. So I did not.  Obviously I did not see them doing these but I did read the reports and then see their, their attempts, like their scars and their wounds,” Bates said.

Haeberle asked her: “So what you’re alleging is a lack of supervision.”

10 Investigates reached out to Olga Starr Monday to renew our request for an interview and ask about our findings.

She declined to answer our specific questions, but provided this statement:

I appreciate your request, but because this is an active legal issue, I cannot share any more information than we have already publicly shared:

As part of the state’s investigation, inspectors reviewed both surveillance video and “restraint logs” and interviewed youth residents kept at the facility.

During one incident on or about January 8th, 2021, state inspectors said that a staff member “repeatedly stretched, pulled, and twisted Resident 1’s arm… When interviewed by a Department surveyor, Resident 1 reported the restraint was “very painful.”

The lawsuit states: “On or around January 20, 2021, a child resident (“Resident 2”) was illegally restrained by Mohican Young Star staff members in a manner that threatened the health and safety of Resident 2. Resident 2 was approximately 17 years old at the time of the incident. Resident 2 was restrained for approximately 28 minutes. Resident 2 ceased to physically resist the restraint several minutes before he was released. Surveillance video shows a staff member hold a sweater or jacket on Resident 2’s face for several minutes during the incident. Defendant knew that Resident 2 had a history of asthma and breathing difficulties.”

A child listed as Resident 3 told inspectors that his shoulder was dislocated during a restraint and that he had complained to a Mohican Young Star nurse about it, according to a copy of the lawsuit.

Yost’s lawsuit also names two employees involved in the restraint of children that allege they were harmed. Yost’s office is asking that those employees be removed and that a third-party provider, Wingspan Care Group, take over as operator of the facility.

So what spurred this most recent legal action?

The exact timing of this legal action by the state appears to have followed a complaint that the Ohio Department of Mental Health and Addiction Services received in mid-January from a former employee of the facility.

Prior to the state’s inspections in late January and early February, 10 Investigates had also filed an open records request asking for records related to incidents at Mohican Young Star Academy.