The news of its apparent re-opening did not sit well with at least two former residents and one parent interviewed by 10 Investigates. 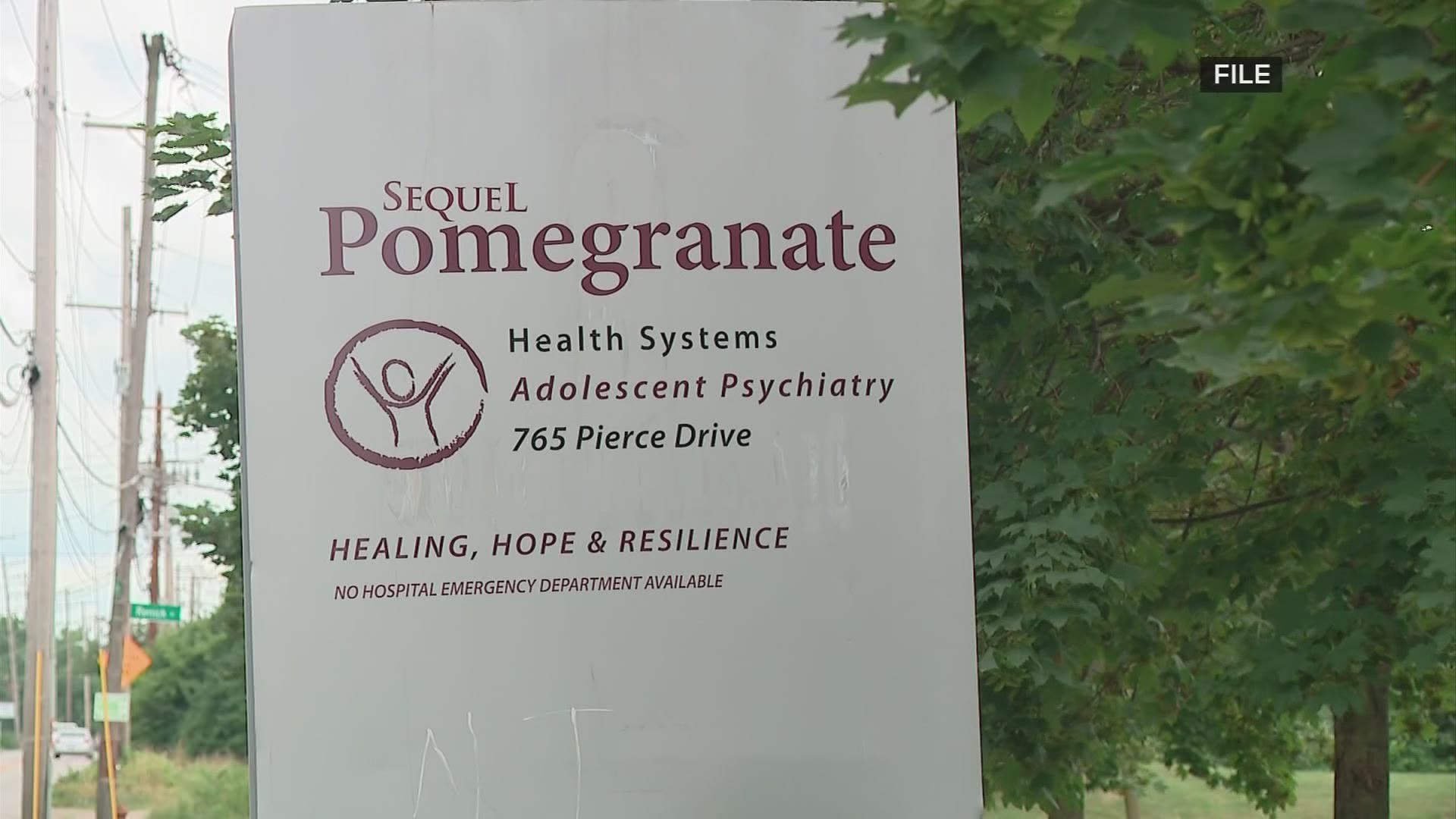 Sequel Pomegranate, the embattled psychiatric and behavioral treatment center for teens, has resumed treating children under a new name – Torii Behavioral Health - months after the state effectively shut down the facility citing a pattern of recurring problems.

For years, 10 Investigates has chronicled incidents at the psychiatric facility – from fights that left staff injured to substantiated complaints from children that they too were being harmed through painful improper restraints and abuse at hands of their peers and staff.

How the facility resumed treating patients can be explained through the fact that the facility operates with two licenses:

In December, under the threat of revocation by the state, Sequel Pomegranate relinquished its license to its residential behavioral treatment center.

The facility, however, held onto the license of its acute hospital – even though the state had also threatened to revoke that license in 2019 after a child placed in a restraint hold was struck in the head repeatedly by a nurse.

Through two separate settlement agreements reached with the Ohio Department of Mental Health and Addiction Services, all children were removed from the facility last July and Sequel Pomegranate agreed to not re-apply for its residential treatment center for at least 10 months – meaning October 2021.

But under the separate settlement agreement for its acute hospital, the facility was allowed to resume incrementally seeing patients – starting with five in late January with small increases in the months that have followed. The acute unit has space for 20 beds.

The news of its apparent re-opening did not sit well with at least two former residents and one parent interviewed by 10 Investigates.

“This whole situation is gut-wrenching,” said Addison Torrence, who said he was a resident on the acute side briefly five years ago.

Another former resident of the acute side, who asked not to be identified because the experience is still traumatizing, said during her time there in 2016: “I had threats of restraints. I was left in the seclusion for overnight without food” or the ability to call her parents.

Both said they were discouraged by staff from filing grievances and were alarmed that the facility would be allowed to resume treating children after such a well-documented history of violent incidents that led to injuries for staff and children alike.

10 Investigates visited the facility unannounced this week to see for ourselves how the new facility was operating. More than a dozen cars filled the parking lot – a stark difference from months earlier when all the children here were removed following another threat by the state to revoke the facility’s residential license.

According to a filing with the Ohio Secretary of State’s office, the facility is doing business as “Torii Behavioral Health” but the listed registrant remains Sequel Pomegranate Health Systems. The business filing occurred on December 10, 2020 one day before the state announced that Sequel Pomegranate had agreed to relinquish its license for its residential behavioral treatment center.

10 Investigates also took the concerns of past residents to Lori Criss, the director of the Ohio Department of Mental Health and Addiction Services, which licenses Sequel Pomegranate Health Systems.

When asked how the state could argue that it was doing its job by holding Sequel to account given its past history of documented incidents Criss said: “No we are. We are doing our job. We are holding Sequel Pomegranate to account. The same corporation is operating it…”

Criss went on to explain that the facility remains under close supervision by the state as part of the settlement agreement.

When asked what message she would have to past residents disturbed by the operation of the facility, Criss said: “We understand their concerns we listen to hear their concerns and we are monitoring to ensure that they are monitoring in place and procedures are being followed so that those things don't happen again.”

Sequel Youth and Family Services has had troubles with its other facilities across the U.S. – including a now-closed Michigan facility where a 16-year old boy died last year after being restrained by staff.

States like California, Oregon and Washington have also severed ties with Sequel out of concerns of experiences children have had.

10 Investigates reached out to Sequel Youth and Family Services for comment asking if the new change was an effort to move away from its troubled past. A public relations firm hired by Sequel sent us a statement that did not address our questions, but read as follows:

“We have continued to work directly with the Ohio Department of Mental Health and Addiction Services and our partners. Upon completion of the mutually agreed upon performance improvement and action plan, and with approval from ODMHAS, we resumed providing acute care services.

The name change reflects the meaning of Torii, representing a gateway, marking the transition from the mundane to the sacred. Patients are encouraged to enter for treatment and continue down the road with us to a restorative place of health, strength, and a feeling of well-being.

Our commitment to providing informed behavioral health treatment and ongoing, compassionate care to at-risk youth nationwide, including the Columbus community and throughout Ohio, remains unchanged, and we continue to be unrelenting advocates for those we serve.”