A growing number of Ohio schools are purchasing — or weighing whether to purchase — vape detectors in an effort to curb youth vaping in schools. 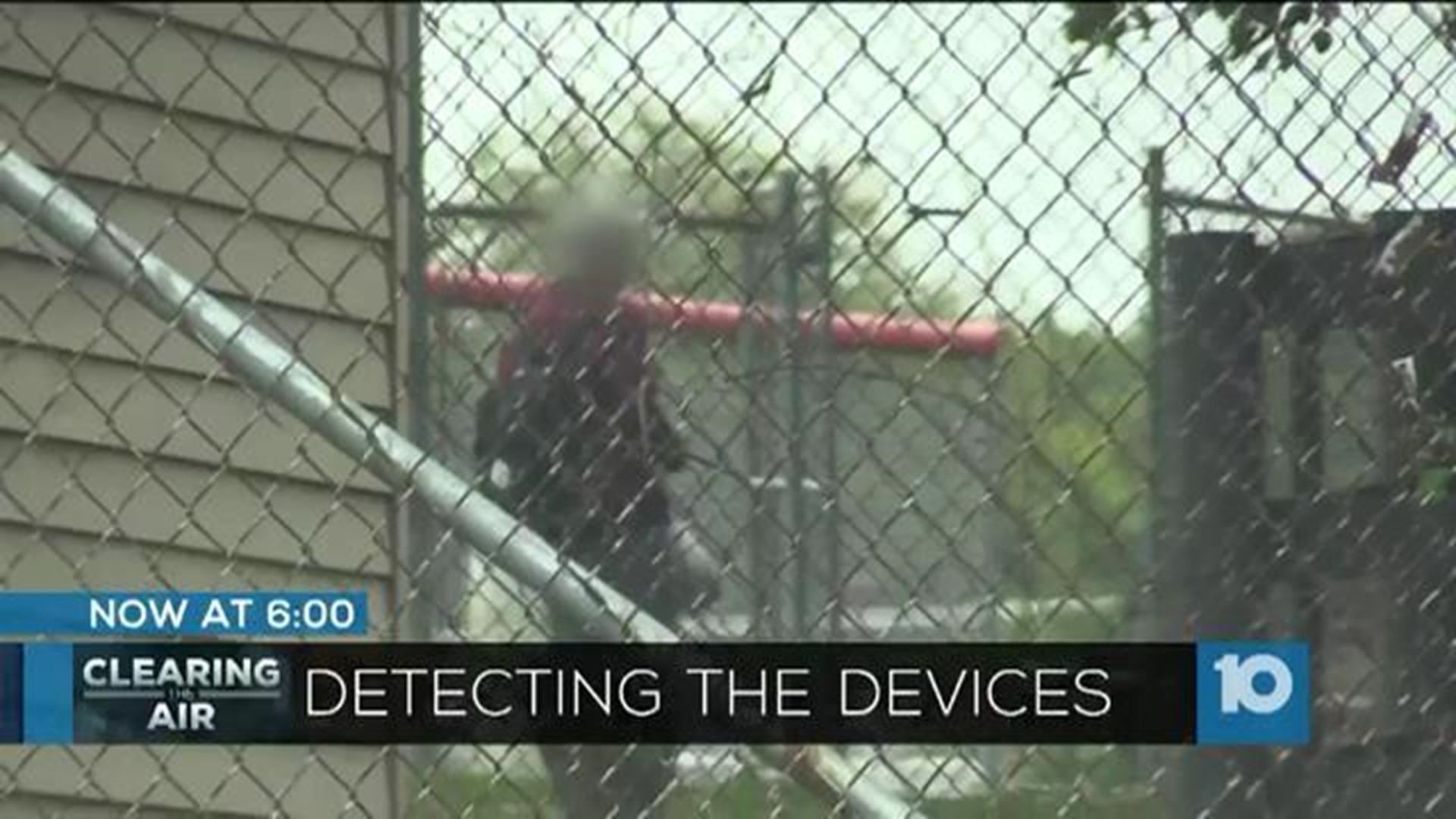 COLUMBUS, Ohio — A growing number of Ohio schools are purchasing — or weighing whether to purchase — vape detectors in an effort to curb youth vaping in schools.

A 10 Investigates’ report, which included a statewide survey of all Ohio school districts, found that there has been a 700+ percent increase in vaping incidents since 2016.

10 Investigates’ reporting, done in partnership with our TEGNA sister stations in Toledo and Cleveland, reached out to all 600+ school districts. Four-hundred-fifty of them got back to us and 353 supplied specific information on vaping incidents.

The numbers have climbed from 773 incidents two years to more than 6,400 last year.

Hilliard Schools Superintendent John Marschhausen has watched the numbers climb in his own district, which is part of the reason his district has purchased vape detectors. An invoice provided to 10 Investigates through an open records request shows that the district spent more than $3500 on vape detectors from SOTER Technologies.

"I think anytime we can try something new to keep our kids safe we are doing the right things,” he said during a recent interview with 10 Investigates.

By contrast, the Olentangy district approved spending approximately $64,000 to install vape detectors. But when 10 Investigates asked for information from the district on how many vaping incidents it recorded, the district denied our request.

After pressing the district for answers, a spokesman sent information showing the district has recorded 25 tobacco violations last year; 18 in the 2017-2018 school year; and 7 the year before that.

The spokesman told us those figures include vaping incidents but it’s not clear how many. The school board there approved expenditure for vaping detectors in mid-September.

Administrators at several other districts across the state — including but not limited to — Hillsdale, Symmes Valley High School, Big Walnut, Hamilton, Athens City, Bloom-Carroll, Athens and Franklin City all told 10 Investigates they are considering purchasing vape detectors.

“In my 15 years as a school superintendent, this is the most serious health crisis that we face with our young people,” Marschhausen said.

The growing rise of vaping incidents in Ohio have been big business for Derek Peterson, CEO of Soter Technologies.

Soter Technologies is one of two companies supplying vape detectors to schools throughout Ohio.

According to its website, Soter’s FlySense can provide "real-time vape, smoke and elevated sound detection — for areas including bathrooms, locker rooms and labs."

Peterson told 10 Investigates that earlier versions of this device had flaws resulting in false positives. But he says his company now has the fourth version of the device and those issues have been corrected.

Marschhausen said his districts — which installed the vape detectors this fall — has reported no issues.

At another school in the Cleveland area, our sister station WKYC tested a competing device, the Halo, and found that it was working.

Peterson and Marschhausen both acknowledged that the devices are not foolproof in the sense that once students realize where a device is located, they may opt to not vape in that area.

Several other districts that 10 Investigates contacted said they were not interested in purchasing vape detectors because they want to further study their efficacy, didn’t have funding available or felt like students would simply vape elsewhere.