10 Investigates reached out to more than 30 central Ohio school districts with questions about these liability waivers. 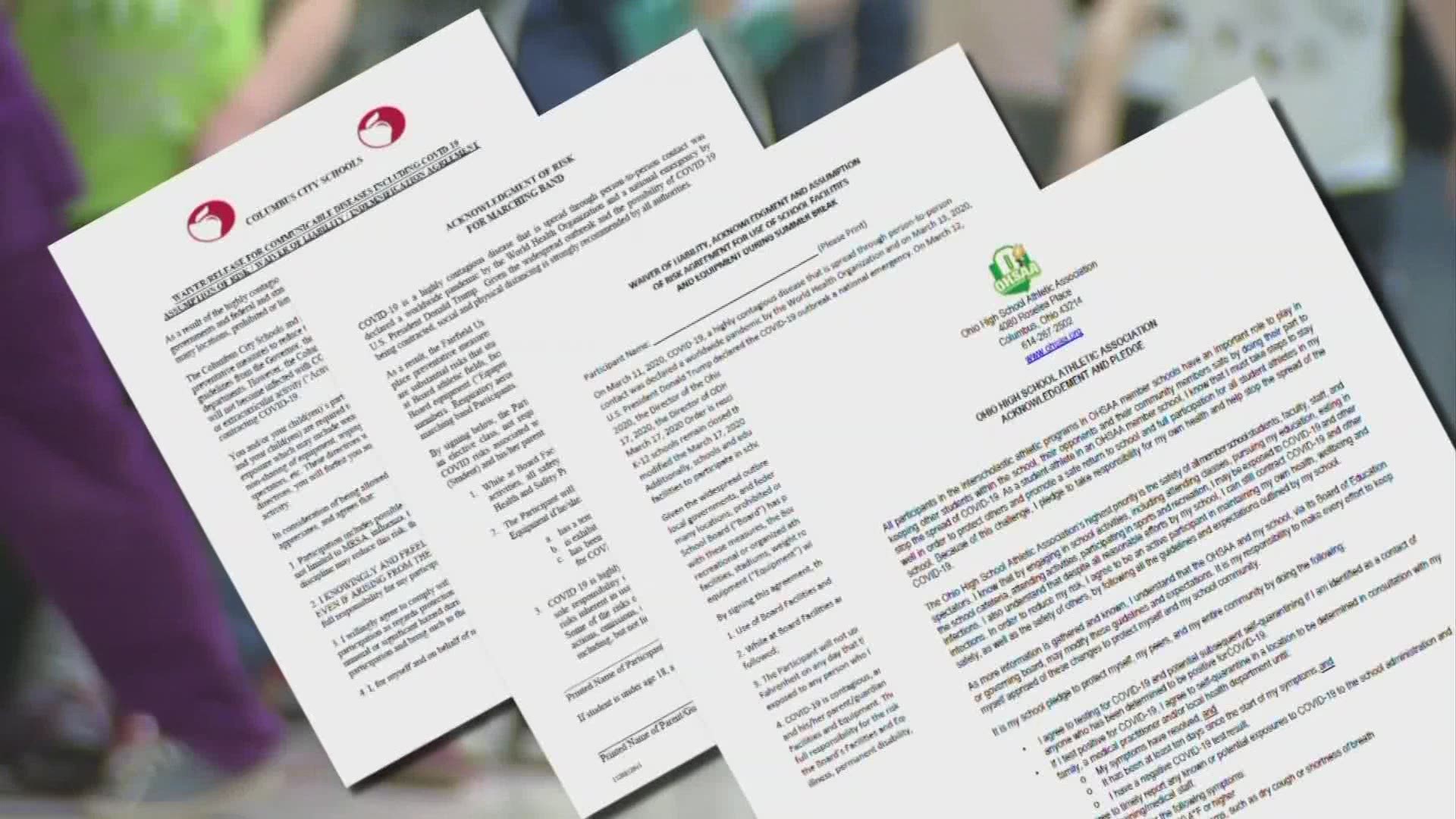 The question was floated online this summer – are schools requiring parents or students to sign liability waivers warning of the dangers of COVID-19 – including death?

The short answer in central Ohio is – yes and no.

10 Investigates reached out to more than 30 central Ohio school districts with questions about these liability waivers.

According to a recent 10 Investigates survey, nearly all that responded required students or parents to sign liability forms for participating in summer sports practices of other extra-curricular activities.

But none of the 15 school districts that responded to 10 Investigates is requiring parents or students to sign a liability waiver to attend in-person classes. Many districts have already decided to begin the instructional year either online or through a hybrid model of both in-person or distance learning.

Some of Ohio’s largest districts – including Columbus City Schools and South-Western School District here in Franklin County – responded that waivers are only for extra-curriculars.

Three districts – Hilliard, Pickerington and Groveport Madison – went even further and stated in emailed responses to 10 Investigates that they had no plans or that they “will not” require parents to sign a waiver for their child to attend in-person classes.

None of that is a surprise to attorney Morgan Masters, who focuses some of her law practice in education law by representing teachers or parents.

Masters says because the government requires children to attend class public school districts likely can’t force parents to sign a waiver related directly to education. It gets a bit murkier – she says - when private schools are involved. But even parents who sign waivers might be still have wiggle room to sue.

“I surmise there is still going to be litigation about whether or not those waivers are actually enforceable,” she said, “Well, I think again we are going to be looking at compulsory versus voluntary. Did this family have to sign this or did they sign it under duress? Was there no other alternative – I think that’s going to be a very important question.”

10 Investigates also spoke by phone to one Worthington parent who said he would be willing to sign any waiver if it meant his child could return in in-class instruction.