A months-long investigation by 10 Investigates has found children have been subjected to acts of violence and sexual abuse inside a facility meant to help them. 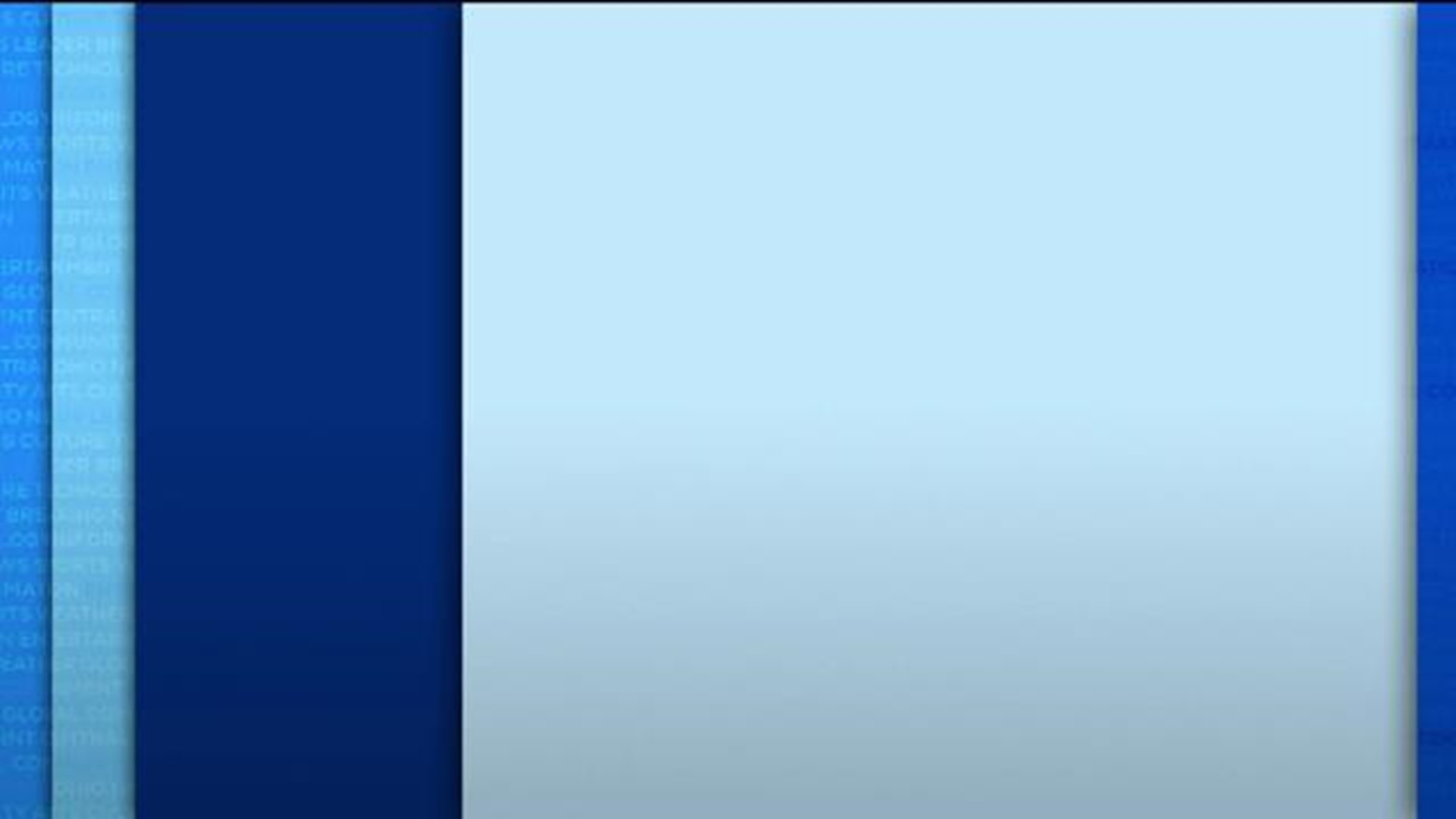 COLUMBUS (WBNS) – A months-long investigation by 10 Investigates has found children have been subjected to acts of violence and sexual abuse inside a facility meant to help them.

The incidents have occurred inside Sequel Pomegranate - a privately-run psychiatric and behavioral treatment facility for children ages 12 to 17.

10 Investigates’ review of police, fire and children’s services records from both state and county agencies revealed there have documented, substantiated cases of children assaulting or sexual abusing other children while staying at Sequel Pomegranate.

There have also been confirmed instances of staffers attacking youth and youth attacking staffers.

As part of our research, 10 Investigates combed through more than 400 calls for police service to Sequel Pomegranate dating back to 2017. In addition to that, we reviewed lawsuits, police body-camera footage, 911 calls and conducted interviews with families, both past and current employees and children’s services officials.

​
Through our interviews with parents, employees, child advocates and social workers, most have been blamed the incidents on a lack of supervision and insufficient training of staff members to deal with a young population who are troubled and in need of help.

Despite these incidents, millions of public dollars have continued to flow into the facility.

Sequel Pomegranate, which sits south of downtown Columbus, serves about 90 children – more than half of which are placed there while under the care of Franklin County Children’s Services, records show.

Despite repeated requests over a month’s time, Sequel Pomegranate would not agree to an on-camera interview but did respond to questions submitted over email.

Here are some of 10 Investigates’ questions sent via email:

“We are committed to helping young people who are the most troubled and in-need lead healthy, independent, and fulfilling lives. Pomegranate clients are youth who come to us with histories of prior hospitalizations for mental and/or behavioral health issues, court charges, domestic violence, abuse, and challenging histories. We have remarkable success with the most challenging clients who present as suicidal, homicidal, psychotic and may be a danger to themselves or others.

Pomegranate is a secure and locked treatment facility, not a corrections or detention center. Youth are permitted to leave campus when approved by the treatment team for recreational outings, as well as to visit family, a doctor or attend a court hearing. Some of our youth with behavior and conduct disorders may feel a need to push the limits at times and leave the facility’s campus without permission. We maintain round-the-clock staffing ratios in accordance with state licensing regulations. We conduct 15-minute bed checks throughout the night, which are documented in each child's case history. In addition, we have security cameras throughout the building and sensors in each room. Over 80% of AWOL incidents occur when students have a pass to leave campus for a specific purpose and then leave that setting without permission. In the majority of AWOL instances, the youth come back within 24 hours.

Due to the nature of the services we provide and the fact that many of our students are under our care involuntarily, it is not uncommon to receive unfounded allegations and complaints. In many cases, this involves students who incorrectly believe they can get dismissed from the program or can be excluded from some of the more rigorous aspects of our programming by making allegations against the program and its staff. We recognize that goes with the territory of turning these young lives around; but it does not change the fact that we take any allegations seriously.

Any time an allegation is made, we immediately conduct an internal investigation of the facts; all of our employees are mandatory reporters and work in a culture of transparency. We promptly notify child protective services, law enforcement, the student’s referring case worker and legal guardian, as well as document and report the findings as required by federal and state guidelines. We will terminate any employee who is in violation of our practices or policies.”

10 Investigates wrote back Wednesday night to the public relations firm fielding questions for Sequel Pomegranate, pointing out that the cases we cite in our report were substantiated cases of assault or sexual abuse.

We also asked for clarification to Pomegranate’s response, specifically asking if they meant to imply that some of the allegations were made up by youth attending Sequel Pomegranate.

We received this statement Thursday morning, which did not answer our questions:

“We are prohibited from providing the facts, responding to questions regarding any particular student, or confirming that any individual is or has been a student in one of our facilities. Not only would doing so violate the law, but doing so could unreasonably harm the reputation of the students involved. It is a priority to preserve and protect our students’ privacy while providing the services and support they require to be responsible members of society when they leave our campuses.”

“As we stated previously, any time an allegation is made, we immediately conduct an internal investigation of the facts; all of our employees are mandatory reporters and work in a culture of transparency. We promptly notify child protective services, law enforcement, the student’s referring case worker and legal guardian, as well as document and report the findings as required by federal and state guidelines.

Residential programs including Pomegranate do not have access to the Statewide Automated Child Welfare Information System (SACWIS).”

As a covered entity under HIPAA, Sequel Pomegranate is prohibited from disclosing an individual’s protected health information without consent of the individual or, if the individual is a minor, their parents. Obviously, this includes information about diagnosis and treatment, but it also includes information that would confirm the specific child is receiving, or has received, care in one of its facilities. As such, if an allegation includes any information that could be used to identify an individual, Sequel Pomegranate is legally prohibited from making any comment without proper authorizations or releases.

As demonstrated by Sequel Pomegranate’s initial response, they are happy to answer general questions about their operations that do not implicate protected health information. Please let us know if we can facilitate the answer of any of these types of questions."

10 Investigates also obtained records showing that in June of 2017, Franklin County Children’s Services requested a meeting to discuss the increase in allegations and their plan for it. Sequel Pomegranate’s response: “We meet with FCCS every quarter to discuss a variety of topics.”

On Thursday, 10 Investigates also sat down with representatives from Franklin County Children’s Services. They told 10 Investigates that they take these incidents seriously, that they found many of them are “unacceptable.” The FCCS officials also added that they intend to work with providers to fix and address problems. When asked if Sequel Pomegranate would be a provider for Franklin County Children’s Services in 2020, a spokeswoman said: “yes.” Look for more on that interview in follow-up reports by 10 Investigates.

The Ohio Department of Mental Health and Addiction Services, which licenses Sequel Pomegranate, declined 10 Investigates’ request for an on-camera interview. Instead, they sent us this statement:

“The Ohio Department of Mental Health and Addiction Services (OhioMHAS) exists to provide statewide leadership of a high-quality mental health and addiction prevention, treatment and recovery system that is effective and valued by all Ohioans.

As part of that mission, the Department has regulatory authority over providers of behavioral health services to Ohio consumers. To obtain and maintain a license to provide services, an agency must demonstrate compliance with the applicable regulations.

At all times, our primary focus is the health, safety, and well-being of individuals served in Ohio’s behavioral health care system.

The Department reviews reportable incidents and complaints to determine if follow up or investigation is indicated. In some cases, other entities such as law enforcement or a children services entity has the responsibility to investigate. In such cases, we cooperate fully with local law enforcement and other investigative bodies.

A provider is given a deadline to correct deficiencies and act to prevent future recurrences. These actions are supplemental to any actions taken by law enforcement (e.g. criminal charges) or the provider (e.g. employee discipline).

Sequel Pomegranate has been receptive to corrective action and has cooperated with our survey staff to correct identified compliance issues.

OhioMHAS has worked diligently within our established regulatory framework in handling these matters.”