Push To ‘Legalize The Leaf’ Comes To Ohio

Now that marijuana has been legalized for medical use in other states, the push has started to try and change the law in Ohio. 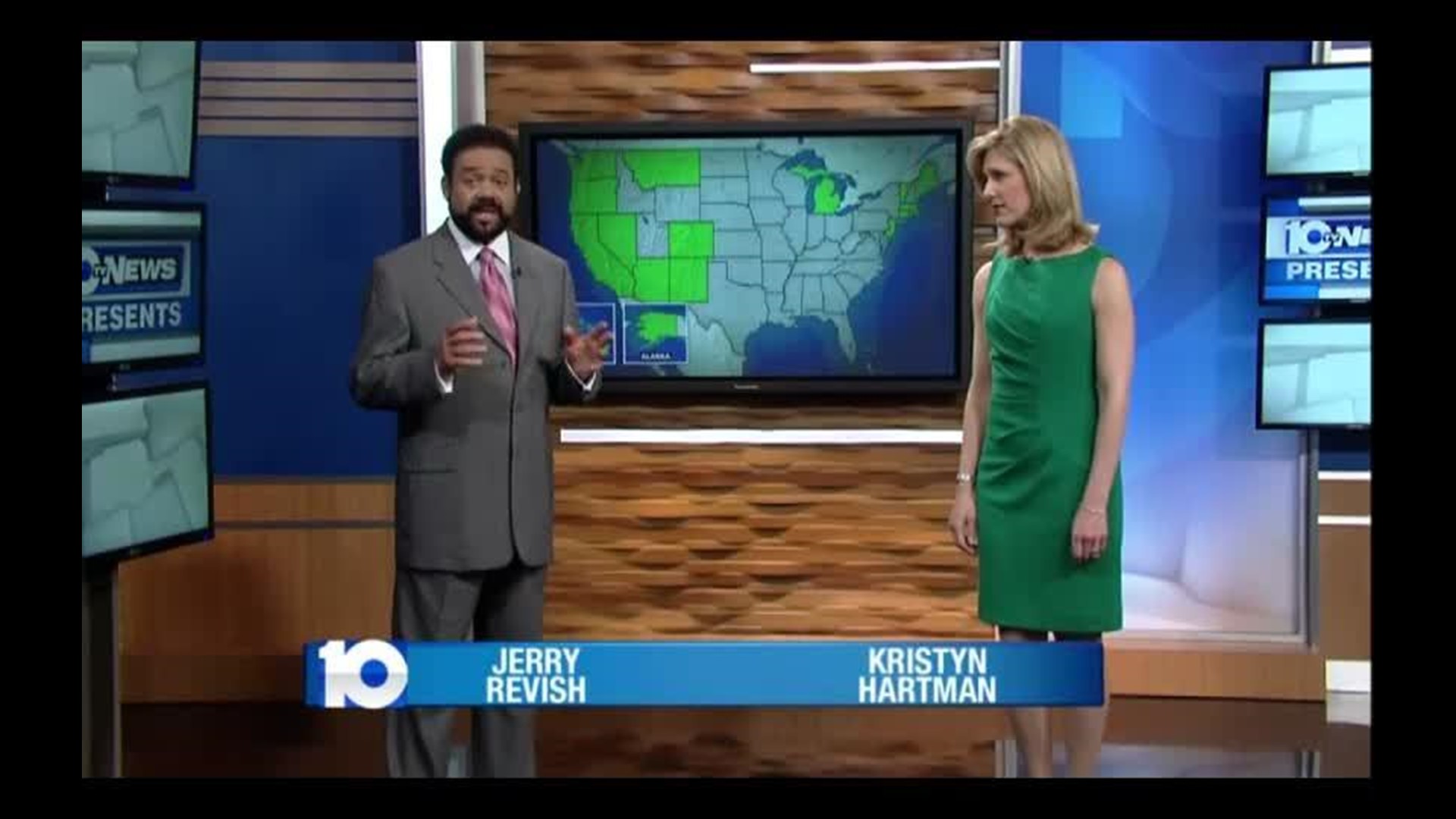 Shaker Heights resident Mimi Testen says she suffers intolerable pain due to Crohn’s disease and fibromyalgia. In a recent interview, she described it as feeling like a stabbing sensation.

"It's as if your nerve endings are on fire," Testen said. "Oh my Lord, some episodes would last days. There were some days that I couldn't even get out of bed with the fibromyalgia."

Testen has turned to marijuana for relief.

"Finally, I tried it. I received, from a friend, some marijuana," she said. "And lo and behold, within five minutes, the pain went away."

Every time Testen takes a puff from her tightly rolled marijuana cigarettes, she risks prosecution because Ohio's laws outlawing marijuana do not make an exception for medical use.

A Columbus organization called the Ohio Rights Group wants to change that law. It has written a ballot proposal that would make it legal to use marijuana for medical purposes. It would also make industrial hemp legal.

When asked whether Ohio Rights Group organizer Mary Jane Borden wanted to legalize pot, she said, "I refrain from using the word pot. In fact, marijuana doesn't really appeal to me - cannabis is the scientific term, and I prefer cannabis."

Borden said she knows of many pain patients who have eliminated their need for pharmaceuticals because they were using marijuana.

Dona Gibbs is inspired by the idea of legalizing marijuana.

"It's a civil right movement for me," Gibbs said.

The 22-year-old is pounding the streets collecting signatures. She's trying to get that amendment drafted by the Ohio Rights Group on the ballot.

10 Investigates wanted to know what Ohio might look like if it legalized marijuana, so it took a trip to Michigan, where marijuana is permitted for medical purposes.

10TV Reporter Paul Aker attended a Detroit gathering for marijuana users and vendors called the "THC Convention." THC is an abbreviation for the mind altering chemical found in marijuana. It is something pot smokers celebrated at the 3rd annual THC Expo in Detroit. THC is the mind altering part of marijuana.

Vendors at the THC convention sold everything from smoking devices to pouches of marijuana growing seeds.

Gregory said he started the company to make a change, "I've just seen how it can improve people's lives and I want to be a part of that."

Angela Stewart also attended the event. She showed a severely scared leg that she said was the result of a car accident and 17 subsequent surgeries.

Stewart said marijuana has helped her cope with the pain.

The convention held another attraction for attendees---"the Vapor Bus."  Organizers refer to the chartered bus as the Vapor Bus because people boarded it to smoke marijuana.  Operators seemed to permit only those patients with Michigan medical cards to board.

However, the organizer did permit Aker to ride.  Those who were on the bus agreed to on-camera interviews.

Once aboard, the passengers began smoking immediately.  A thick cloud of smoke soon filled the interior. One smoker openly proclaimed that passengers were trying "different strands" of marijuana.

The smoker said his marijuana cigarette contained the strand known as "Alien Moonshine." He said he needed the marijuana because he suffers from severe migraine headaches.

Rick Wood, 53, also took the bus. Wood said he knows a lot of people with medical cards who smoke mostly for fun.

"It might be medicinal, but they're using it recreational," he said.

After about a half an hour, the bus stopped at a secret location. People filed out and walked down an empty side street.  Standing guard outside of a bank of doors were two guards; they checked to insure visitors had medical marijuana cards.

Once inside, visitors were greeted by an intense marijuana fog. Vendors displayed large quantities of marijuana products. The products included plants, marijuana "buds" and marijuana candy.  There were dozens of vendors and pounds of pot for sale.  One man sold marijuana for $10 a gram.

Even in Michigan, this secret bazaar may not be legal. A spokeswoman from the Michigan attorney general's office said that only health care providers are supposed to dispense medical marijuana. .

But not everyone agrees marijuana should ever be legal.

Back in Columbus, Roslyn Campbell is cleaning up her life at a woman's shelter for drug addicts.

"My desire for marijuana was so strong, I really couldn't stop," Campbell said.

Campbell, 37, is a mother who said she has spent her entire adult life either getting high or fighting the psychological urge to get high.

Aker asked if she used while she was pregnant.

"Actually sir, I did," Campbell said.  "I smoked marijuana with four of my six children."

Tears welled up in Campbell’s eyes.

"I blamed it on the fact I smoked marijuana was because I couldn't eat while I was pregnant; that was the only thing that would give me an appetite. When in truth it was pure selfishness,” she said.

"Doing drugs was way more important than being a mom. It hurts," she said.

Campbell said she's been clean for 10 months, but she's worried what will happen if Ohio opens the door to marijuana like Michigan has.

"Had I been able to get it like that, I would have been jacked up," Campbell said.  "I don't even want to imagine that. In the name of Jesus, I don't."

Marci Seidel runs an Ohio non-profit called the Drug Free Action Alliance. Her group opposes making marijuana legal even for patients who are close to death.

Seidel's group says marijuana should remain off limits as a medicine until the Food and Drug Administration approves it.

"Because we have a system in the United States that's well regarded all around the world for how we do our medicine," Seidel said. "That's the proper avenue for it.”

"It's not because there isn't science there," Borden said. "It's because these agencies won't let it happen."

Borden rejected claims that marijuana legalization will "open the door" to social problems.

"You know, if we have 20 million people already using cannabis, don't you think the door is already open?" she asked.  "Shouldn't we instead capture this illegal market and regulate it?"