Network news broadcasts cut off the president on the basis that he was repeating falsehoods. 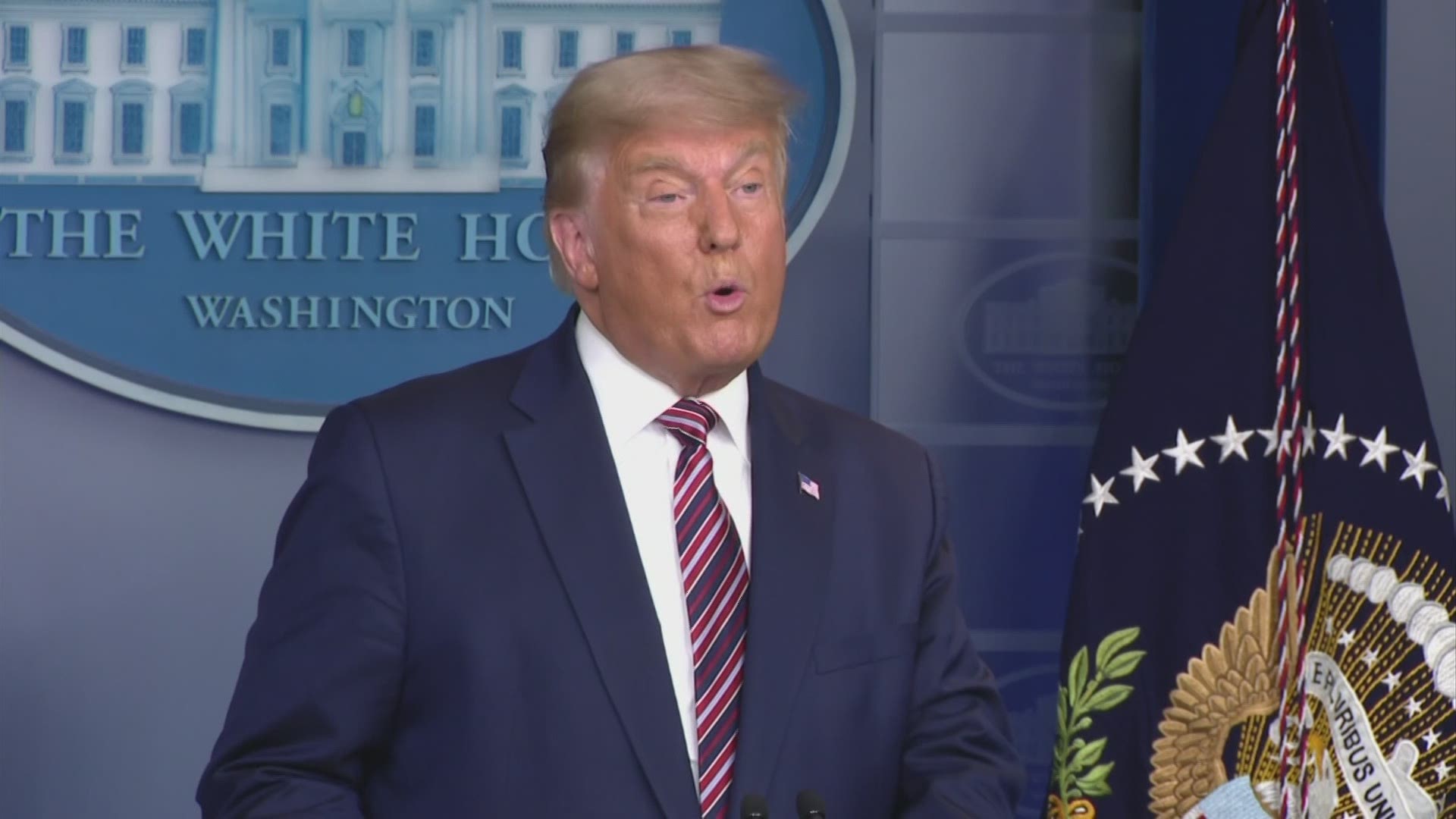 President Donald Trump made a series of baseless claims during a 17-minute speech at the White House Thursday night, alleging - without offering any proof - that the election was being stolen from him and that the process of ongoing ballot counting in battleground states was corrupt.

Network news broadcasts cut off the president on the basis that he was repeating falsehoods – suggesting that the counting of absentee and mail-in ballots were not legal.

States like Ohio and Pennsylvania allow for the counting of absentee or mail-in ballots after Election Day so long as they are properly post-marked in accordance with their respective state laws. Election results are also not certified until later this month.

“Our goal is to defend the integrity of the election. we'll not allow the corruption to steal such an important election,” he said.

Trump continued on Twitter early Friday morning – tweeting that perhaps the Supreme Court should decide the fate of the election as ballot counting in key battleground states – including Georgia and Pennsylvania – showed Biden overtaking what had been an early lead for Mr. Trump.

Allies of the President like Ohio Congressman Jim Jordan – tweeted “Now isn’t it convenient how this always seems to happen in Democrat-run cities? “ referring to left behind ballots that were discovered In Pennsylvania during court-ordered sweeps of U.S. Postal Services facilities.

A federal judge had ordered those sweeps of USPS facilities in part over concerns that mail-in ballots might have been missed or not delivered to their respective boards of elections.

A closer look at the court documents shows that there were ballots left behind in other states including – including Ohio – a state President Trump appears to have easily won.

Other members of Ohio’s Republican Congressional delegation tweeted in support of the president’s unfounded assertions – even as the laws in many states – including Ohio and Pennsylvania-- allow for mail-in ballots to be counted after Election Day so long as they are properly post-marked.

Now isn’t it convenient how this always seems to happen in Democrat-run cities?

Rep. Steve Stiver, R – Upper Arlington, tweeted that “We must count every vote that was legally cast. And we must accept the results. If there is proof of fraud or illegal activity in this election, it should be taken to the prosecutors, the courts and the public immediately.

(1/2) We must count every vote that was legally cast. And we must accept the results.

If there is proof of fraud or illegal activity in this election, it should be taken to the prosecutors, the courts, and the public immediately.

We live in the greatest country on Earth and today, millions of Americans will exercise their right to vote in a free & fair election. This is special—& it’s a reminder that our greatness stems from our freedoms. May God Bless the USA & all those who defend her. 🇺🇸

“This election is not over. The false projection of Joe Biden as the winner is based on results in four states that are far from final. Georgia is headed for a recount, where we are confident we will find ballots improperly harvested, and where President Trump will ultimately prevail. There were many irregularities in Pennsylvania, including having election officials prevent our volunteer legal observers from having meaningful access to vote counting locations. We prevailed in court on our challenge, but were deprived of valuable time and denied the transparency we are entitled to under state law. In Nevada, there appear to be thousands of individuals who improperly cast mail ballots. Finally, the President is on course to win Arizona outright, despite the irresponsible and erroneous ‘calling’ of the state for Biden by Fox News and the Associated Press. Biden is relying on these states for his phony claim on the White House, but once the election is final, President Trump will be re-elected.”