Pediatric dentist accused of misconduct against children; lawmakers and expert push for reform 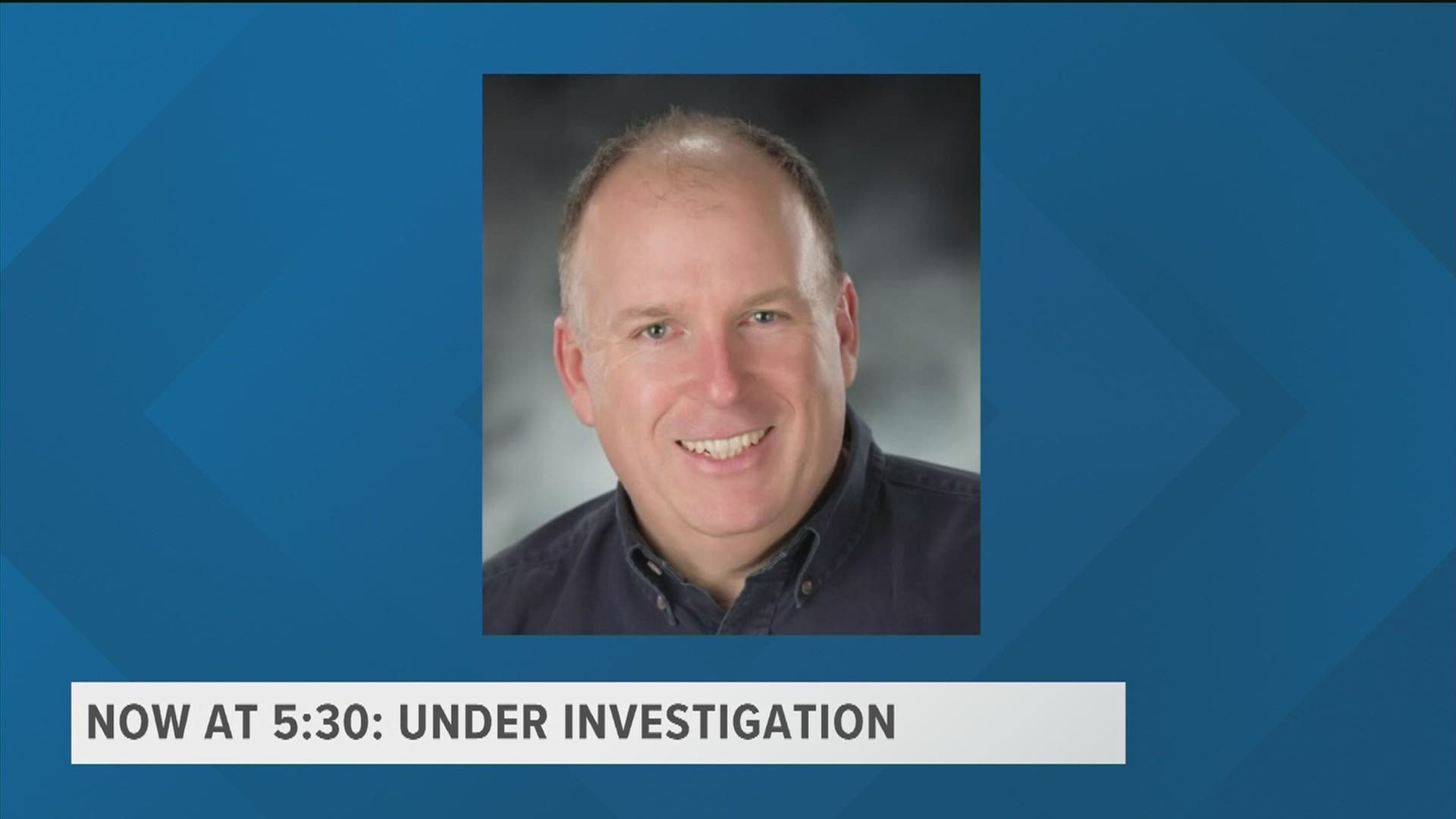 There are two active investigations into accusations that he physically mistreated children in his care: one complaint from a parent, the second from a dental assistant.

And 10 investigates found these were far from the first such accusations by patients against him.

Yet he's never been charged with a crime, or disciplined by the Ohio Dental Board.

Now, a closer look at the gaps in the system to keep kids safe, and calls for reform from lawmakers and experts.

In the reports, each accuses him of physically mistreating young children.

10TV spoke on camera with families of 5 of those patients - three of whom filed police reports, two who did not, but say they filed complaints with the State Dental Board.

We also spoke with multiple women who worked in Griffin's office who say they witnessed him physically mistreat children- to the point of leaving bruises and broken blood vessels.

Yet police say they didn't have the evidence to seek charges against him, and the State Dental Board says he has a clean disciplinary history.

After he declined three separate interview requests, we caught up with Dr. Griffin outside his Chillicothe office.

Glenn McEntyre: “We have eight families on the record accusing you of mistreating their children.”

McEntyre: “What do you say to that?”

McEntyre: “Have you ever physically harmed a child?”

McEntyre: “Or been rough, unintentionally rough?”

Griffin: “No, not intentionally rough. But my attorney has advised me not to talk."

Despite 8 different police reports and at least 7 complaints with the state dental board, Griffin has never been charged with a crime or disciplined by the Board.

Amber Oakes filed a police report and dental board complaint in 2017, after Griffin treated her daughter Evie.

It was a question we heard again and again from parents.

"That's what I don't understand- with so many complaints, and this happening for so many years,” said Jessie Peoples, who filed a complaint with the Dental Board over Griffin’s treatment of her son Ryan.

In some cases, like a 2004 visit involving a three year old named Faith, there was a witness.

According to the police report- this woman- who asked not to be identified- was in the room when she says Griffin handled the girl with excessive force.

Chillicothe Police admit- they didn't try to contact the assistant at the time.

"After this transpired, they should have followed up,” the former assistant said. “They could have called me. Bruising is enough to be concerned with. The unfortunate part- she was so little they're not going to take her account of the story."

In the other cases, Chillicothe Police said they just didn't have the evidence to charge Griffin with a crime.

"If it hasn't met that threshold, just because you complain on somebody and say this has been going on, unless it meets that threshold of probable cause, we can't file charges on it,” said Chillicothe Police Captain Ron Meyers.

Glenn McEntyre: “Is there anything that concerns you about this doctor's conduct?”

Meyers: “I think that it may be something that a state board should look at."

At least 7 people- parents and employees- tell us they did file complaints with the Ohio State Dental Board.

Dental Board records are confidential, unless the Board issues discipline, which it has never done against Griffin.

We asked the Dental Board if they were aware of the police reports filed against Griffin, but they wouldn't comment.

McEntyre: “Is there anything that requires you guys- or is there any policy or practice- that if you get a complaint about a professional- a doctor, dentist, whatever, that even if it doesn't rise to a criminal level, that it does go to that board automatically? Or do you guys forward those?”

Meyers: “Not really. There's no procedure or policy that says it."

Meyers says that's something that should change.

Dr. Paul Casamassimo has been in pediatric dentistry for 40 years, and is a past president of the American Academy of Pediatric Dentistry.

He says there is a need for reform industry-wide, contrasting dentistry with the medical field in this January article:

"Dentistry has no such culture or accountability, except at the most serious level, and in my experience as an observer of these events in children, many events are shelved or dealt with below the radar. State dental boards may not be required to make their actions public.”

"We don't have a bar in dentistry to say what needs to be reported and what doesn't,” Casamassimo told 10TV. “I tell people- did you ever hear about the young woman in the Chicago area who choked on a cotton roll that the dentist used? Nobody's heard of that. It was never made public. And there are other examples of situations that are very rare but they happen. We should know about those. We should be told, they should be reported. They should be quantified, and we should be told about them so that we know as dentist how to do better. And the public knows to be aware of those that they could happen.”

McEntyre: “So when you say we should know that, do you mean just fellow professionals? Or do you mean we as parents, as patients and consumers?”

Casamassimo: “Everybody. Everybody should know."

"Some things that you as a patient or private citizen would say, ‘Oh no, that's not important at all,’ the medical system, and hopefully at some point the dental system will say, no that has happened a little too frequently. That's why we need a system. We need a system to track even what seems inconsequential if in fact it's a pattern. And it's a pattern that could lead to a big problem."

"My fear is...I just don't want a child to be injured or hurt because nothing is done,” said Griffin’s former assistant. “And there needs to be some changes made."

"When do we start listening to the kids' voice?” asked Amber Meade, who filed a police report and dental board report against Griffin over his treatment of her daughter Morgan. “They're not making it up. Not every child is making up this same thing. There's just no way that all these kids- that don't even know each other- it's not like they're all in high school and saying hey rumors fly. These are individual 5, 6, 7, 8-year-old kids that have never met each other. So when do we start listening to a child that's begging for help?"

Our investigation is already getting the attention of state lawmakers.

Both say as mothers and lawmakers, they are disturbed by what 10TV uncovered.

And both already plan to look into issues of transparency and communication involving the dental board and police.

"If you've got- from 2004 to 2020- you've got similar complaints that may or may not have been filed with the Dental Board, may or may not have all been filed with the police, if those two systems don't talk, but even if you have a few of them, I would think that that would start to raise flags. So I want to look into it further to see, there might be possible legislation that needs to come,” said Kunze.

"I do understand that it is typical for investigations to not be subject to public records requests when they are ongoing,” said Boggs. “I do have questions as to why, if these investigations have been closed and no misconduct was found, how they are still shielded from public records requests. I want to be able to know that. I am putting my child in their hands, in their care. And there should be no reason I shouldn't have a full picture of their professional experience with children."

Chillicothe Police tell 10TV they have two active investigations into Griffin - one filed by a parent, the other by a dental assistant.

Police say those cases will be sent to the Chillicothe Law Director, to determine whether he will be charged.

Under Ohio law, even the existence of a complaint to the state Dental Board is confidential.

It doesn't become public unless the Dental Board finds wrongdoing and issues discipline.

Dr Griffin has a clean record with the Dental Board.

The public isn't allowed to know more than that.

When 10TV tried to sit down with the Dental Board, they declined, telling us they weren't comfortable speaking with us on camera.

Griffin has also never been charged with a crime, and in emails to 10TV, denied any wrongdoing.