10 Investigates review of two years’ worth of police records and incident reports submitted to the state show a recurring pattern of incidents there. 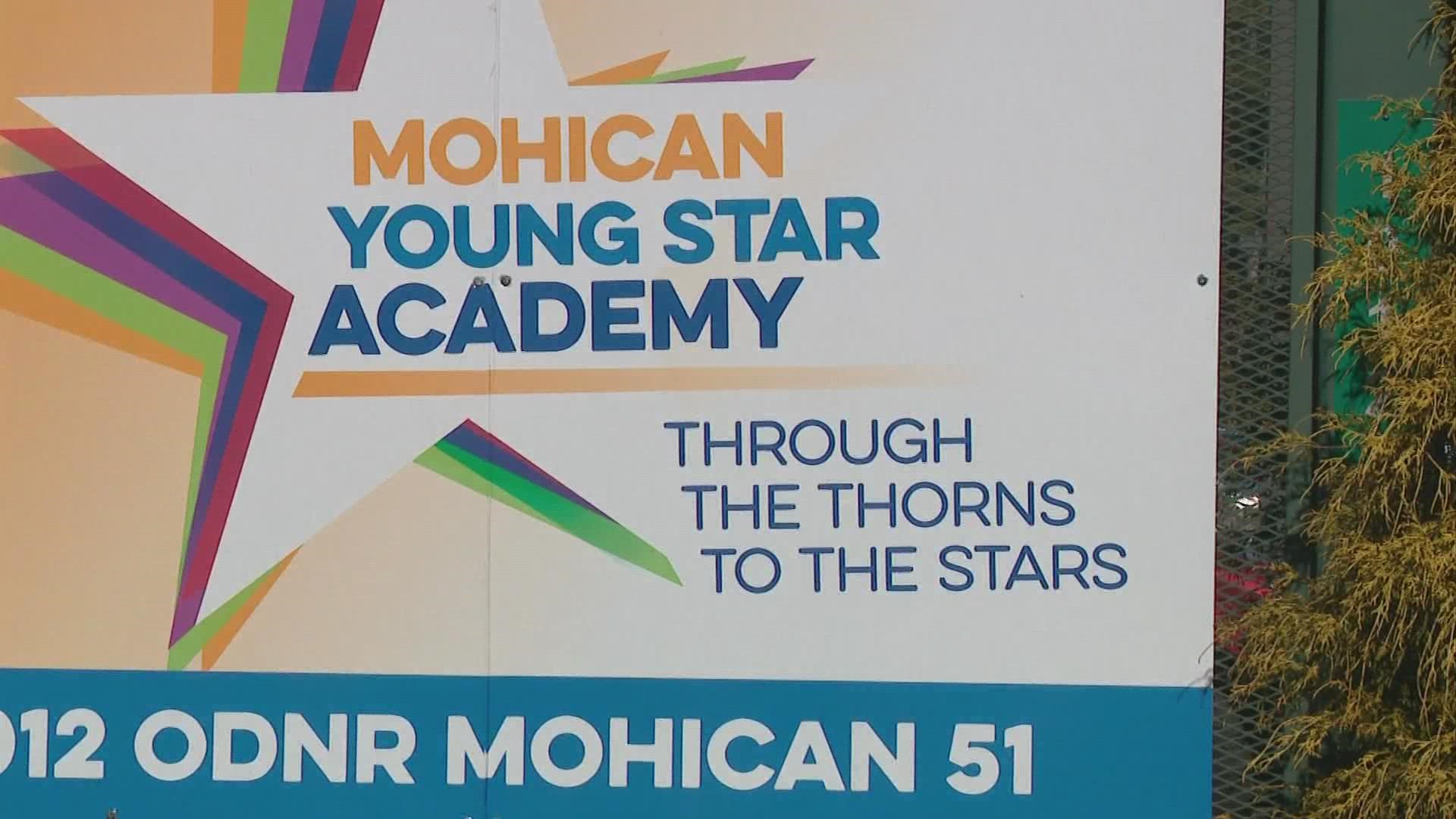 10 Investigates review of two years’ worth of police records and incident reports submitted to the state show a recurring pattern of incidents there – including teens who routinely run away from the facility, staff who allege they’ve been injured and assaulted by teens and teens claiming they too were harmed during restraint holds by staff members.

In its July 27 letter to Mohican Young Star Academy, the Ohio Department of Mental Health and Addiction Services notes that the Ashland County Sheriff’s Office has responded more than 100 times to the facility in the past 18 months “to manage crisis situations at the facility.”

Because of the drain on resources and the recurring number of incidents, the Ashland County Sheriff’s Office told 10 Investigates Thursday that as of July, it will no longer serve as the primary responding agency to the facility.

Instead, it has asked to serve as a backup agency responding when the Ohio Department of Natural Resources or Ohio State Highway Patrol requests help.

Body camera video obtained by 10 Investigates shows deputies have expressed frustration about returning to the facility for a repeated pattern of events.

“Now I am down here filing two separate assault reports,” one sheriff’s deputy can be heard saying after he had responded to the facility three times in the span of a week – each time to file an assault report on an unruly teen.

A 10 Investigates review of the OHMAS letter reveals the facility has also been accused of failing to report incidents – including a July 2 incident where a child was injured during a restraint hold – suffering a concussion and a skull fracture. This incident along with more than 100 others, the state alleges, were violations of state administrative code.

Surveillance video obtained by 10 Investigates through an open records request showed a January incident – in which one staffer was suspended – after slamming a teenage boy into the ground. Another restraint hold – days later on January 20 – was deemed to be unnecessary. That staff member was fired. In both cases, the teens alleged they were hurt.

The threat to suspend operations and revoke the facility’s license follows a legal battle the Ohio Attorney General’s Office waged earlier this year on behalf of OHMAS.

The facility’s director, Olga Starr, has declined repeated requests from 10 Investigates for an on-camera interview.

In an emailed response, Starr wrote:

“In March 2021, the Ashland County Court ruled against the State of Ohio’s motion for an injunction against Mohican Young Star Academy (MYSA). Judge Ron Forshoefel dismissed the case with prejudice, noting that the State’s case was based on “speculation and inference,” failing to meet the preponderance of evidence standard. The Fifth District Court of Appeals also denied the State’s motion for an injunction on March 26, 2021.

Currently, the State has issued a proposed revocation of MYSA’S license; the notice is based on the aforementioned claims, which have been already rejected by two courts.  MYSA is challenging the State’s notice and is confident that the matter will be resolved soon.

Regardless of the legal dispute, MYSA will continue providing the same high quality treatment services, while it prepares to obtain an international accreditation through Commission for Accreditation and Rehabilitation Facilities (CARF).

The Academy’s upcoming accreditation, long-standing reputation and strong relationships with county partners ensure that youth will continue to receive the best possible treatment and care. MYSA is grateful for the trust that Ohio counties have placed in our program.”

Starr’s statement did not address 10 Investigates’ questions about incidents that have occurred since March and the historic and repeated pattern of incidents there.

She did not respond to a follow-up email sent by 10 Investigates Thursday before news time.

If you have information about Mohican or something else you’d like us to investigate, please email us at 10Investigates@10tv.com