An Ohio Supreme Court decision could affect how crimes committed by youths are handled. 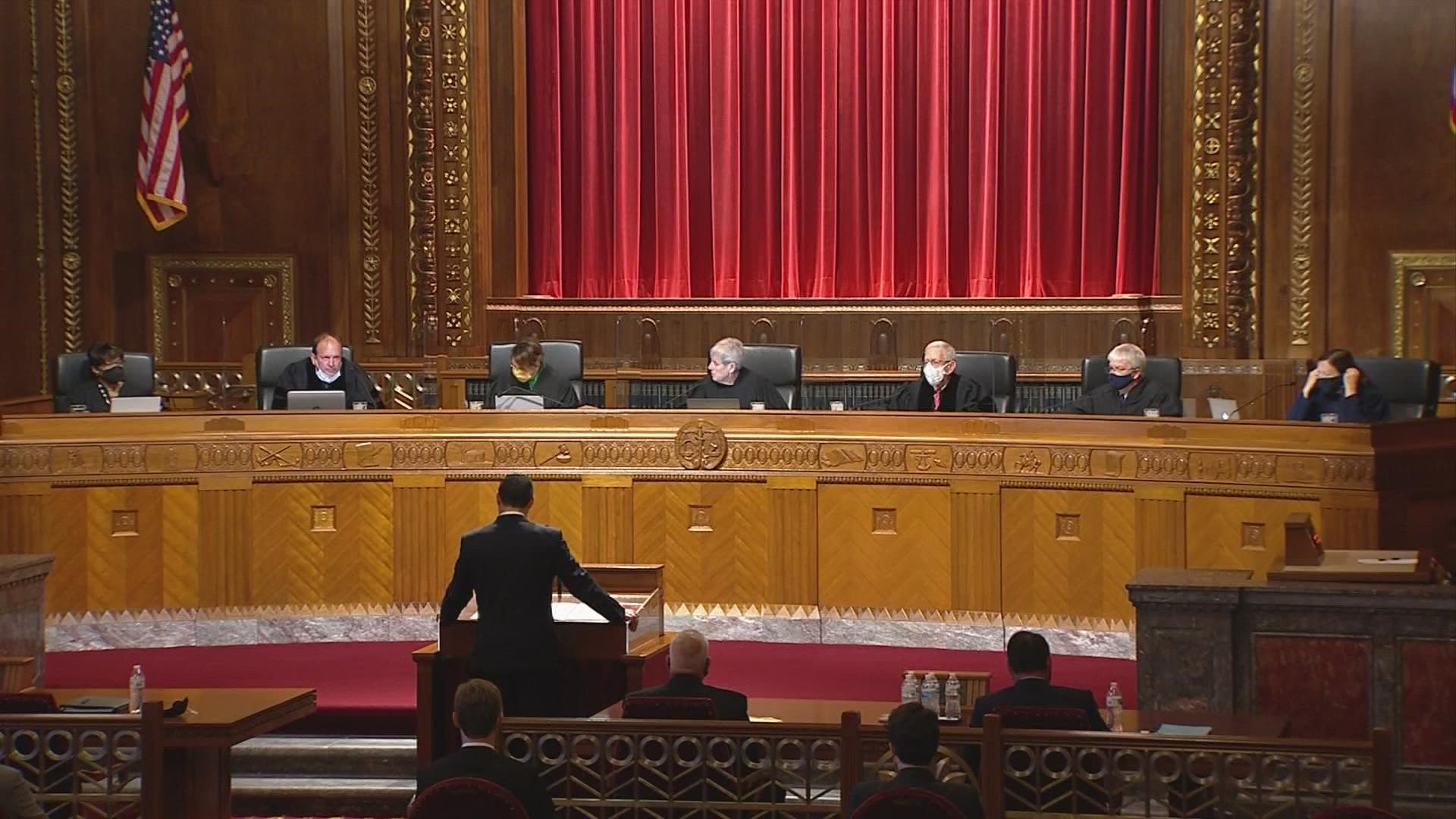 COLUMBUS, Ohio — Eddies Burns was 15 years old when he was accused of being involved in a series of violent crimes including robbery and receiving stolen property.

By 17, he was sentenced to 27 years in prison for those same string of charges that included aggravated robbery and attempted murder.

During his sentencing hearing in 2019, Burns apologized to his victims – including a Cleveland television news crew and a woman whose husband died weeks after being beaten by Burns.

During the hearing, Della Watts described how her husband, 81-year old Willie Watts, never recovered from the beating he suffered at the hands of Burns.

Willie Watts died weeks after the assault but a medical examiner could not determine if it was the beating or a previous medical condition that contributed to Watts’ death, Cleveland news outlets reported at the time.

“I would like to apologize to all my victims and serve my time,” Burns said during his 2019 sentencing hearing.

Among the other victims of Burns was 10TV reporter Lacey Crisp – who at the time was working for WOIO-TV when she and her cameraman were robbed.

But now Burns’ defense attorney is arguing the process that led to Burns’ conviction and prison sentence was unconstitutional.

Public defender Timothy Hackett argued before the Ohio Supreme Court Tuesday that prosecutors “violated Eddie’s statutory and constitutional rights when it criminally indicted him on counts that were never transferred to adult court, due to the state’s own failure to establish probable cause…”

Hackett argues that Burns' case was directly bound over to adult court – complete with charges that were found to be “unproven” in juvenile court. This process, Hackett alleges, culminated with Burns facing a 56-count indictment and the threat of decades in prison.

Hackett said in his appeal to the Ohio Supreme Court that Burns felt compelled to accept the deal given the circumstances.

It’s a process Hackett told the Ohio Supreme Court Tuesday that was unjust and should be remedied by the state’s highest court.

But state prosecutors and the Ohio Attorney General’s Office contend that the state law is clear.

“I think this is a defense lawyer doing what lawyers do,” Ohio Attorney General Dave Yost told 10TV News during an interview this week. “The intention of the law passed by the General Assembly is very clear; it says that upon a bind over the case is supposed to go – not pieces of the case to adult court.”

Yost’s office filed an amicus brief in support of the state prosecutors out of Cuyahoga County who have argued that state law allows for the “binding over” of juvenile charges to adult court and that includes charges that were initially found to not have “probable cause” in juvenile court.

The Ohio Supreme Court heard oral arguments on the case Tuesday. The chief justice said she would take the arguments under consideration. No timetable for the ruling was given – it could be months.